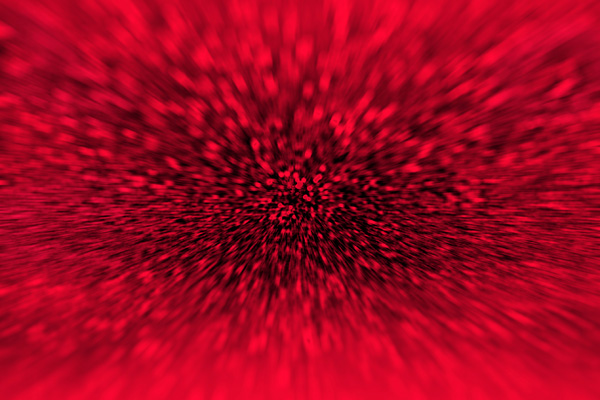 A low-intensity type of laser treatment may offer a noninvasive, drug-free treatment for thrombocytopenia, a potentially life-threatening shortage of the blood cells called platelets that are essential to blood clotting.

In their paper appearing in Science Translational Medicine, a Harvard Medical School research team from the Wellman Center for Photomedicine at Massachusetts General Hospital reports that low-level laser therapy increased the generation of platelets from precursor cells called megakaryocytes (MKs) and had the same effect in several mouse models of the condition. The scientists also identified the probable mechanism underlying this effect.

Our study reveals for the first time that low-level laser therapy enhances platelet production in animals with thrombocytopenia, but not in normal controls,” said Mei Wu, HMS associate professor of dermatology at Mass General and senior author of the study.

“This result suggests that a safe, drug-free method that does not depend on donated blood products can be developed for treating or preventing thrombocytopenia,” she said.

Among the conditions that can lead to thrombocytopenia are certain types of leukemia, an autoimmune disorder that attacks platelets, and side effects of certain drugs, including some used for chemotherapy.

The most established treatment is platelet transfusion, but because its risks include infection, allergic reaction and  immunosuppression, its use is limited to the most severe cases. Dosage levels of FDA-approved drugs that increase platelet levels must be precisely controlled to avoid excessive platelet production because it raises the risk of dangerous blood clots.

LLL is also known to protect the function of mitochondria, cellular structures that provide cells with energy. Several conditions associated with impaired platelet production are characterized by abnormalities in mitochondria of the bone marrow cells that give rise to platelets.

The body responds to low platelet levels by rapid differentiation of the precursor MKs from hematopoietic stem cells. There is also an exponential increase in the number of the cells.

MKs expand in size. Many rounds of DNA replication without cellular division result in giant cells containing multiple copies of each chromosome—a condition called polyploidy—instead of the two copies found in most cells.

Each of these giant, polyploid MKs generates many long, branched, small tubular structures called proplatelets that eventually fragment into thousands of platelets.

The research team conducted a number of experiments to investigate whether LLL’s ability to protect mitochondrial function could mitigate several forms of thrombocytopenia. Their results showed:

Wu noted that LLL’s lack of an effect in animals without thrombocytopenia indicates it would probably avoid the potential complications of current drug treatments, which act by increasing the production of MKs from their progenitors in the bone marrow.

“Directly stimulating the differentiation of MKs the way all current drugs do risks clotting if platelet levels rise too high,” Wu said. “LLL appears to enhance MKs’ inherent ability to produce platelets most effectively in response to low platelet levels in the circulation, a response that stops when platelet levels are normalized.”

The fact that treatment has an effect only in polyploid cells, which are very rare, implies that it would not increase production of mitochondrial in cancer cells or other cells, Wu said. While LLL has been employed in research and in clinical treatment for decades, this is the first study reporting that it can promote mitochondrial biogenesis.

Wu said the current primary obstacle to testing LLL in human patients is the lack of a device large enough to treat either the entire body or enough bones to stimulate sufficient platelet production by MKs within the bone marrow—something her team plans to address. She also added that, while LLL will probably be beneficial for treatment of many forms of acquired thrombocytopenia, it may not be effective when the condition is caused by inborn genetic defects.

The study was funded in part by Department of Defense/Air Force Office of Scientific Research Military Photomedicine Program grant FA9550-13-1-0068. A patent application has been filed for the use of LLL treatment to enhance platelet biogenesis and extend platelet lifespan.