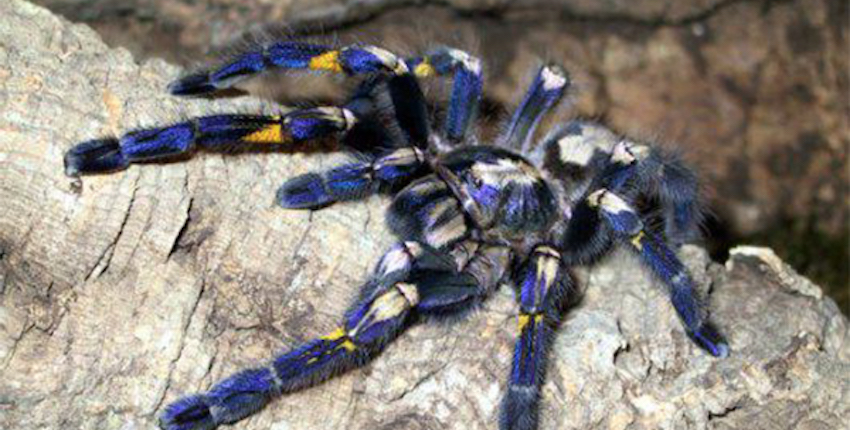 Tarantulas—those shaggy arachnids the size of your hand, with bristly bodies and eight bushy legs—harbor a secret. The muscles that control each limb bear a remarkable molecular resemblance to the muscle beating in our chests.

For Christine Seidman, professor of genetics at Harvard Medical School and the HMS Thomas W. Smith Professor of Medicine at Brigham and Women’s Hospital, that likeness did not go unnoticed.

Seidman studies a heart disease called hypertrophic cardiomyopathy, or HCM. In HCM, the heart contracts too well and does not relax properly, which increases energy consumption and leads to adverse events such as arrhythmias and heart failure.

Seidman’s past work has identified eight genes encoding muscle proteins that, if mutated, cause HCM. Most of these mutations are in two genes, one of which codes for myosin, a protein crucial to muscle contraction. These myosin mutations simply switch one amino acid for another.

The findings prompted a new question: How could such a subtle change have such profound effects?

In search of an answer, Seidman looked outside of genetics.

During a Howard Hughes Medical Institute science meeting in 2011, Seidman, who is an HHMI Investigator, sought help from Raúl Padrón, a structural biologist at the Venezuelan Institute for Scientific Research, whose journal articles she’d been following. At the time, Padrón was an HHMI international research scholar studying how muscle proteins interact in tarantulas (which he describes as “very friendly”).

“One of the critical proteins that Raúl was studying was—big surprise—myosin,” said Seidman. Armed with the title of Padrón’s meeting poster, she set out to find him.

Padrón recalls their first interaction in detail. “I was in complete shock when Christine came to my poster; I had never met her before, and she was very well-known in my field, as she discovered many of the mutations we were mapping in the myosin model in our poster,” he said. “She walked up to me and said, ‘We need to work together to understand how different mutations affect the myosin motif.’”

And so they did.

With Padrón’s expertise in structural biology and Seidman’s keen knowledge of genetics, the two investigated how HCM-associated mutations change the structural interactions of myosin that occur during cardiac relaxation.

The two scientists and members of their respective laboratories reported their findings June 13 in the online journal eLife.

As a nonstructural biologist, Seidman said, it was beautiful to see the actual myosin structure, even at low resolution.

“And there was another piece that was very important to me,” she said. “Raúl could tell me the amino acids that participate in myosin interactions that occur during relaxation.”

It turned out that many of the amino acids involved in the molecular interactions of relaxation are the very ones that are altered by HCM mutations. That, she said, was “an ‘aha!’ moment.”

Now, the two are planning next steps, asking the natural follow-up questions in their respective fields.

“We’d very much like to work with Raúl to solve these structures using human specimens, with and without HCM mutations,” Seidman said. “That would be a big step.”

But the clinician side of Seidman hopes the information will help answer another question.

“We also want to know if there is a way to reduce the symptoms and adverse outcomes that occur in HCM by improving relaxation with small molecules in the heart,” she said. “In addition, we know that abnormal relaxation of the heart occurs in a lot of different diseases, not just HCM, so understanding if these structures might contribute to broader cardiovascular disease will also be very, very important.”

Adapted from an HHMI news story.