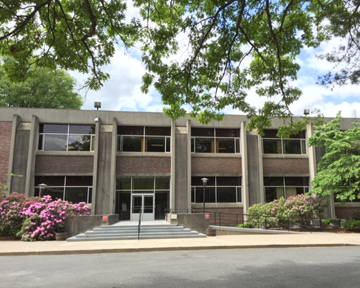 Leaving a legacy of groundbreaking research in infectious disease and neuroscience that continues to produce crucial biomedical knowledge, the New England Primate Research Center (NEPRC) closed its doors on May 31.

As center operations gradually wound down, current and recent NEPRC faculty and staff shared their sense of pride for both the research and the pioneering new animal-care techniques that in recent years have improved the well-being of the center’s animals.

They also shared their profound sense of respect for other members of the NEPRC team and for the animals that contributed to the body of scientific knowledge produced there.

The work goes on

Even as the center concludes operations, its contributions to biomedical research continue.

For example, in the 1980s, researchers at the center made important fundamental discoveries about the pathogenesis of AIDS when they discovered that a virus similar to HIV caused the disease in non-human primates.

Now, in a study published this spring in Nature, research begun at the center offers some of the most promising alternatives to an AIDS vaccine, with a new technique that provided complete, durable protection against infection. The study was led by former NEPRC researcher Michael Farzan, now at the Scripps Research Institute, and included many current and former HMS-affiliated faculty.

Research on Parkinson’s disease has also recently had promising results.

In January, Roger Spealman, HMS professor of psychobiology and director of the center since 2013, and colleagues at McLean Hospital reported in Cell Stem Cell that they have been able to achieve a functional recovery of Parkinson’s disease symptoms in an animal model using a novel stem-cell treatment to replenish damaged dopamine neurons in the brain without the need for immunosuppression.

These two examples are only a small sample of the center’s many storied contributions to the biomedical enterprise.

“All of the research programs that were ongoing at the time the closure was announced have either been finished or have been transferred to other research institutions, either within or outside the Harvard community,” said Spealman.

During the transition period over the past two years, members of the NEPRC worked together to extend a “culture of care” throughout the center. HMS provided placement services and training for staff members seeking work, and staff members formed NEPRC CARE (Caring Atmosphere Reaching Everyone), a group of employees who worked to communicate the mission and work of the center in a positive way.

Two of the group’s founders, technologist Shelly Sancricca and research assistant Laura Teixeira, were named Harvard Heroes for 2014 in recognition of their dedication to the welfare of the animals they cared for and their commitment to the well-being of their coworkers.

“The way we see it, all of the members of the community of people at the center are heroes,” Sancricca said. “And we know that all of our animals are heroes, too.”

“We built an amazing team, where everyone was able to contribute to finding ways to care for the animals and our colleagues better,” Teixeira said.

“We’re proud of the work that we’ve done here,” said Colleen Cody, a senior program compliance and regulatory officer at the center. “We hope that the world can see how much we love, respect and honor the center, the people who have worked here and our animals.”

Center leadership successfully addressed operating issues with input from the NIH and other governing agencies. The process resulted in new procedures that significantly strengthened the center’s day-to-day activities.

“We built a stellar center, ” said David Elmore, HMS research associate in pathology and associate director of veterinary resources at the NEPRC. “This is a model that other facilities can learn from.”

Elmore, who has more than three decades of experience working with research animals around the world, joined the NEPRC to help reinvigorate operations.

He said that he focused his efforts on staff training and accountability, that he worked to build new care protocols that would prevent problems before they could occur and that he helped foster a culture of constant improvement among the staff.

As animals were being transitioned to other facilities, the center put the same care and attention to detail into delivering animals to their new homes, staffers said. Over the course of more than 60 shipments to more than two dozen sites around the country, all of the animals arrived safely.

Most of the animals went to other National Primate Research Centers (the NIH maintains seven in addition to the NEPRC). Other animals followed faculty members to new research facilities at medical schools and universities around the nation. Some animals went to educational centers, zoos and sanctuaries.

The NEPRC’s colony of 160 cotton-top tamarins represented a crucial pool of genetic diversity for this endangered species. Members of the colony, which has not been used for biomedical research, were placed in sanctuaries and other facilities with carefully selected breeding programs; some of them may be reintroduced to their natural habitat to help replenish wild genetic diversity.

“The team made a huge effort to fit each animal into the best future situation, for biomedical research, for the individual animal, and in the case of the tamarins, for the survival of the species,” said Amber Hoggatt, a senior clinical veterinarian at the Harvard Center for Comparative Medicine and HMS research associate in pathology, who worked at the NEPRC during the transition.

As the center’s research continues throughout HMS and around the country, and as cotton-top tamarins protected at the center settle in to their new homes, the people who once committed their professional lives to the center will continue to watch.

“I’m looking forward to the day when I hear that we’ve made some great medical advancement built on the work that was done at the center, or that some of the cotton tops have been returned to the wild,” said Chris Swinson, manager of animal care at the NEPRC. “When that happens, I’ll say, ‘I was a part of that, I helped take care of those animals.’”

HMS leaders acknowledged that the decision to wind down operations of the NEPRC was extremely difficult in light of the pivotal research that has been conducted there, but the decision was reached based on the financial cost of continuing to operate the NEPRC at a time when resources were becoming more and more constricted.

“Deciding how to best assign our limited resources is not unique to HMS,” wrote Jeffrey S. Flier, dean of HMS, “but this decision was made with a heavy heart. We are extremely proud of the contributions the NEPRC has made to improving human heath over the past five decades.”