Late in the Game

Post-conception mutations may play an important role in autism 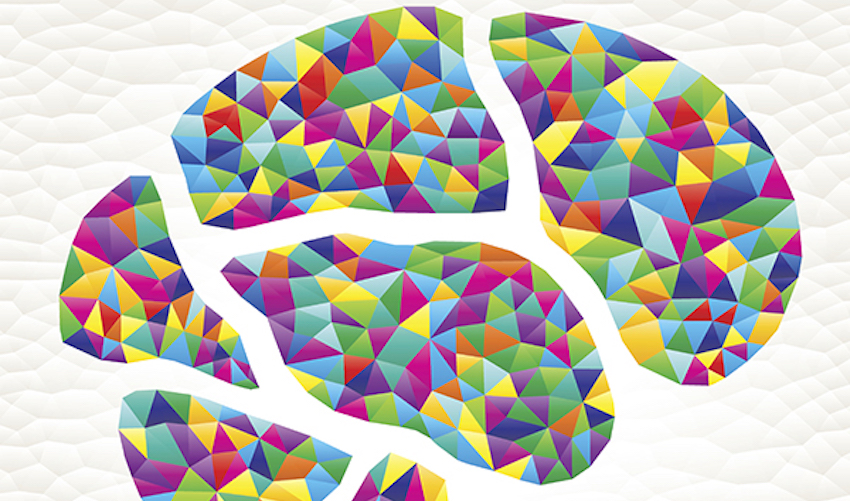 Over the past decade, mutations in more than 60 different genes have been linked with autism spectrum disorder, including de novo mutations, which occur spontaneously and aren’t inherited. But much of autism still remains unexplained.

A new study of nearly 6,000 families implicates a hard-to-find category of de novo mutations: those that occur after conception and therefore affect only a subset of cells. The findings were published in Nature Neuroscience.

De novo mutations can occur in a parent’s sperm or egg. Alternately, they can occur after egg and sperm meet, arising in an embryonic cell. These are known as somatic mutations or post-zygotic mutations (PZMs).

If a PZM happens very early, when the embryo has just a handful of cells, the mutation will show up in most of the mature organism’s cells. But the later PZMs occur during embryonic development, the fewer cells will carry them, making them harder to detect.

“If the mutation is in a very small fraction of all cells, it will be missed by whole-exome sequencing,” said Elaine Lim, a postdoctoral fellow in the lab of Christopher A. Walsh, the Bullard Professor of Pediatrics and Neurology at Harvard Medical School and Boston Children’s Hospital. Lim is first author of the study; Walsh is the senior investigator.

To identify PZMs, Lim, Walsh and colleagues obtained whole-exome sequencing data previously gathered from 5,947 families, usually through blood tests, courtesy of the Simons Foundation Autism Research Initiative Simplex Collection, the Autism Sequencing Consortium and Autism Speaks. They then re-sequenced some of the DNA from these children using three independent sequencing technologies in parallel.

Based on their findings, they classified 7.5 percent of autism spectrum disorder subjects’ de novo mutations as PZMs. Of these, 83 percent had not been picked up in the original analysis of their genome sequence.

Some PZMs affected genes already known to be linked to autism or other neurodevelopmental disorders (such as SCN2A, HNRNPU and SMARCA4) but sometimes affected these genes in different ways. Many other PZMs occurred in genes known to be active in brain development (such as KLF16 and MSANTD2) but not previously associated with autism spectrum disorder.

The connection of these genes to autism may have been missed because the earlier studies focused on mutations that knocked down gene function, the authors said.

“Some of the postzygotic mutations we found represented a gain of function, not a loss of function,” said Lim, who is also affiliated with the Wyss Institute for Biologically Inspired Engineering.

The amygdala and autism

Lim, Walsh and colleagues then brought in another huge data set: gene expression data from the BrainSpan project. These publicly available data came from autopsies of brain samples from deceased patients of different ages, from prenatal through adult.

Comparing these with the genomic sequencing data, based mostly on blood DNA samples, allowed the researchers to estimate the timing of the PZMs and the brain regions they affected.

As shown above in the image of the prenatal brain, the region with the most hits was the amygdala (AMY, in red), with minor hits in the striatum (STR) and cerebellar cortex (CBC) that did not reach statistical significance.

“By overlapping the data, we can start to map where in the brain these genes are expressed and when the mutations occurred during development,” said Lim.

These analyses showed that PZMs in the subjects with autism spectrum disorder occur disproportionately in genes expressed in the amygdala.

“This was exciting to us, in that the amygdala has been proposed as an important region of the brain in autism,” said Lim.

Overall, the work adds to the evidence that complex brain disorders, such as epilepsy, intellectual disability, schizophrenia and brain malformations, can arise from noninherited mutations that occur at some point during prenatal development.

“We have known that PZMs are an important cause of epilepsy, but this work provides the best evidence so far that they are relevant to autism as well,” said Walsh, who is also an investigator of the Howard Hughes Medical Institute. “So it is now exciting to consider what other psychiatric conditions might have a role for PZMs.”

Supporters of the study included the Simons Foundation, the National Institutes of Health (R01MH083565, RC2MH089952, U01MH106883 and others) and the Howard Hughes Medical Institute.