No benefit found for early anticlotting therapy in severe COVID-19 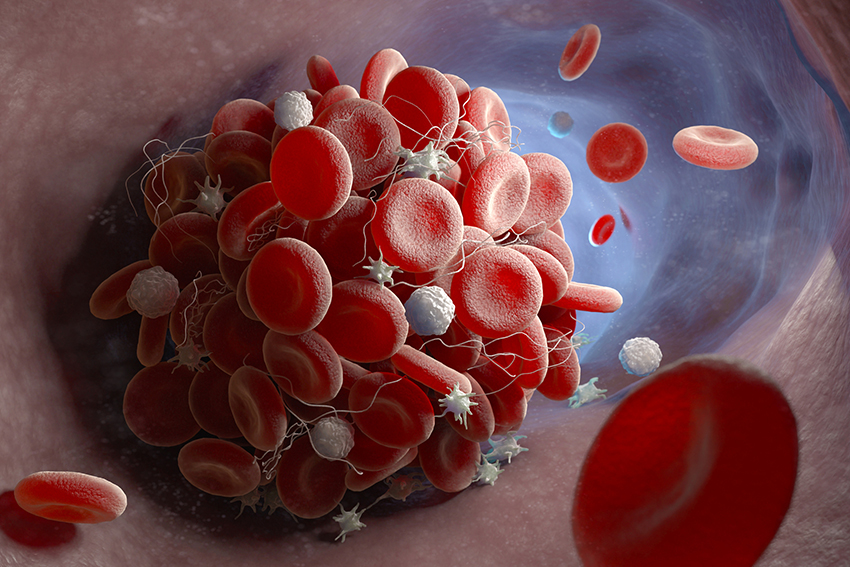 Among 3,239 critically ill adults with COVID-19, early use of therapeutic anticoagulation in the intensive care unit did not reduce the risk of death, according to the results of a new observational study led by Harvard Medical School investigators based at Massachusetts General Hospital and Brigham and Women’s Hospital.

The findings are reported in Annals of Internal Medicine.

Although abnormal blood clotting has been identified as one of the primary causes of death from COVID-19, early treatment in an intensive care unit with therapeutic anticoagulation agents to reduce clots in adults critically ill with COVID-19 does not appear to improve chances of survival, according to the study results.

Such treatment could potentially do more harm than good by increasing the risk for major bleeding, the authors caution.

Whereas such patients almost always receive a low prophylactic dose of anticoagulants, therapeutic doses are much higher, the researchers noted.

Al-Samkari and colleagues analyzed health records from STOP-COVID (Study of the Treatment and Outcomes in Critically Ill Patients With COVID-19), a multicenter study that included adults 18 and older who had laboratory-confirmed COVID-19 and were admitted to participating ICUs at 67 geographically diverse hospitals in the United States.

The researchers evaluated the incidence of venous thromboembolism (VTE), a serious and potentially fatal blood clotting event, as well as the occurrence of major, life-threatening bleeding. They also examined the effects of early therapeutic anticoagulation on survival.

To do this, they used data from the study to simulate a randomized clinical trial in which patients are randomly assigned to receive or not receive therapeutic anticoagulation within two days of being admitted to an ICU. The model took into account detailed data on demographics, comorbidities, medications, and severity of illness that might otherwise influence the results.

The researchers found that 6.3 percent of the 3,239 patients had VTE confirmed on imaging studies and 2.8 percent had major bleeding events. The incidence of VTE was considerably less frequent than in previous, mostly smaller, studies of patients with COVID-19, which reported VTE rates as high as 42 percent.

The only factors that accurately predicted higher risk for VTE were male sex and higher circulating levels of D-dimer, a protein fragment produced when a blood clot breaks up.

“We looked at multiple subgroups of patients, including by age, sex, and severity of illness, and we did not find any subgroup that benefited from early therapeutic anticoagulation,” said senior author and principal investigator of STOP-COVID, David Leaf, HMS assistant professor of medicine and director of clinical and translational research in acute kidney injury in the Division of Renal Medicine at Brigham and Women’s.

The study results also reinforce the significance of bleeding in critically ill patients. Of the 90 patients who had a major bleeding event during the study, 60 were receiving therapeutic anticoagulation at the time of the event, and 56 of these patients (62 percent) with a major bleed died within 28 days. The most common sites of bleeding were the gastrointestinal tract and within the skull.

“Bleeding is not trivial in these patients,” Al-Samkari said.

In addition to the clinical findings, the study results support the use of target trial emulation, the type of simulation the researchers used, to quickly acquire information that can be used to improve clinical care in a rapidly changing environment, said co-first author Shruti Gupta, HMS instructor in medicine at Brigham and Women’s.

“This is another example of how target trial emulation, which we’ve used in other important studies from our STOP-COVID consortium, can be applied to observational data and allow us to estimate the effects of different treatments on clinical outcomes,” Gupta said. “This is particularly important because randomized clinical trials often take time and require large numbers of patients to see meaningful differences in outcomes.”

Clinical staff at member institutions of the STOP-COVID consortium contributed data to the study. There was no outside funding source.