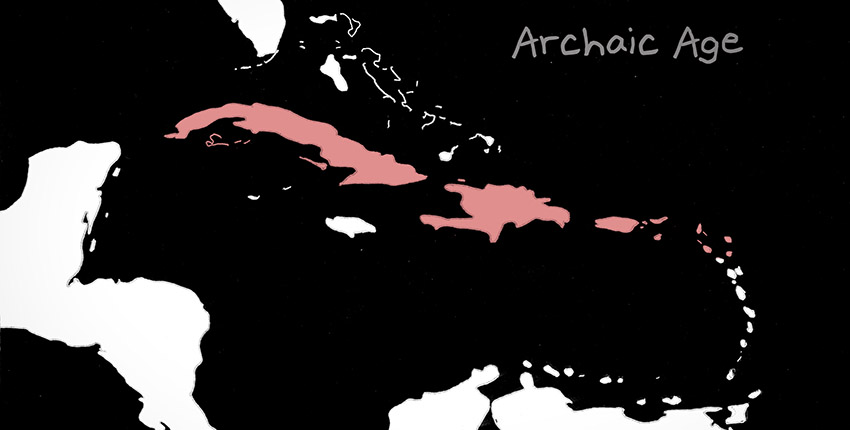 About 6,000 years ago, at the start of the Archaic Age, humans first settled in the islands of the Caribbean. Three to four thousand years later, stone tools gave way to clay pottery and the Ceramic Age began. Another two millennia passed before Europeans sailed across the Atlantic and made first contact.

Those who study and those who live in the region have long wondered: Where did these stone tool-using and clay-crafting populations come from? Were they related to each other? How many people lived in the Caribbean when the Spanish first arrived? How much, if any, ancestry can today's Caribbean populations trace back to these precontact Indigenous groups?

New answers have emerged from the largest genome-wide study to date of ancient human DNA in the Americas.

As reported Dec. 23 in Nature, an international team of geneticists, archaeologists, anthropologists, physicists and museum curators, including Caribbean-based co-authors and in consultation with Caribbean people of Indigenous descent, analyzed the genomes of 174 new and 89 previously sequenced ancient people. These individuals lived in what is now the Bahamas, Cuba, the Dominican Republic, Haiti, Puerto Rico, Guadeloupe, St. Lucia, Curaçao and Venezuela.

The analyses reveal the genetic makeup of the people who lived in the Caribbean between about 400 and 3,100 years ago—at once settling several archaeologic and anthropologic debates, illuminating present-day ancestries and reaching startling conclusions about Indigenous population sizes when Caribbean cultures were devastated by European colonialism beginning in the 1490s.

“We now have a much clearer picture of the biological interactions that took place—or didn’t take place—between groups of genetically distinct people in the ancient Caribbean,” said the study’s co-first author, Kendra Sirak, research fellow in genetics in the lab of David Reich at Harvard Medical School and Harvard University.

As of this study, more than half of published ancient DNA data from the Americas comes from the Caribbean. The work has made the Caribbean the first place in the Americas where scientists have obtained the kind of ultra high-resolution ancient DNA data that until now has been available only in western Eurasia, said co-senior author Reich, professor of genetics in the Blavatnik Institute at HMS and professor of human evolutionary biology at Harvard.

“These kind of data mean that we can now ask questions about the past that could not be addressed before,” said Reich.

The authors also introduce a new method for estimating ancient population sizes. Until now, archaeology and related sciences lacked a reliable method for doing so, said co-senior author William Keegan, an archaeologist at the Florida Museum of Natural History. The advance “addresses one of the most significant issues in the study of cultural evolution and history,” he said.

“This work is an amazing combination of archaeology and genetics that moves our understanding of the Caribbean forward dramatically in one fell swoop,” said Keegan. “The methods David’s team developed helped answer questions I didn’t know we could address.”

The researchers found that Archaic Age Caribbean populations are consistent with descending from a single source population in Central or South America. In contrast to previous research findings, the team concluded that these Archaic peoples likely did not have any notable ancestry from North America.

The Ceramic Age people had a different genetic profile, most similar to Arawak-speaking groups in northeast South America, the team learned. The finding is in line with archaeologic and linguistic evidence.

The ceramicists appear to have migrated to the Caribbean from South America, most likely island-hopping through the Lesser Antilles, at least 1,700 years ago, the researchers found.

As the Ceramic Age potters moved in, they almost entirely replaced the resident stone tool-using people, the team found. Only a tiny percentage of the Archaic population remained, persisting in Cuba until around the time of European arrival.

Caribbean ceramic styles went through radical shifts over the next 2,000 years, before Europeans arrived. Some archaeologists have argued that such stark changes must have been driven by influxes of new people from outside the Caribbean.

The Nature analysis, however, reveals that while the pottery evolved, the potters’ genetics remained largely the same across the Caribbean century after century. There was no evidence of substantial genetic contribution from mainland groups.

“The same population developed extraordinarily different artistic styles over time,” said Reich. “It highlights the creativity and dynamism of these ancient people.”

The team’s genetic and archaeological findings indicate that Ceramic Age innovation arose from people sharing ideas from island to island rather than the influence of waves of new people migrating from the mainland.

“Our results support connectivity networks between ceramic-using groups, which may have worked as catalysts for spreading ceramic style transitions throughout the region,” said co-first author Daniel Fernandes of the University of Vienna.

The discovery makes it all the more heartbreaking that “the group capable of all this cultural diversity” suffered such devastation when Europeans arrived, said Reich.

Co-senior author Alfredo Coppa, who has studied variation in dental morphology in the ancient Caribbean for decades, came up with the idea for the new study. The genetic results align with Coppa’s observations that people in the Archaic Age had dental features that were distinct from people in the Ceramic Age, but differences he noted in dental characteristics across Ceramic Age groups have yet to be explained.

“For me, an important direction for future research will be to determine whether these differences are due to microevolutionary forces that somehow are detectable in the dental traits but are invisible to the genetic analyses, or instead are due to differences in lifestyle,” said Coppa, a professor at the Sapienza University of Rome and a scientific associate in the Reich lab.

Thanks in part to the large number of DNA samples available, the researchers were able to estimate ancient Caribbean population sizes before the arrival of Europeans.

To the researchers' surprise, the numbers suggested that somewhere between 10,000 and 50,000 people were living in the combined region of Hispaniola (Haiti and the Dominican Republic) and Puerto Rico in the centuries before Europeans arrived. This number is much lower than previous estimates and historical accounts of hundreds of thousands to millions of people.

The researchers caution that the drastically lower population estimate should not be misused to minimize the impact that contact with Europeans—including enslavement, disease transmission and land appropriation—had on many Indigenous Caribbean societies.

“Whether there were 1 million Indigenous people in Hispaniola in 1492 or a few tens of thousands as we now know to be true, the fact remains that what happened after Europeans arrived in the Caribbean constitutes one of the world’s first genocides: the systematic destruction of an entire people and culture,” said Reich.

The finding demonstrates the power of ancient DNA to challenge our understanding of human history and prehistory.

“The fact that we can now determine population sizes with ancient DNA data means that we have an extraordinary new tool that, when applied to diverse places around the world, will shed light on many questions that scholars have puzzled over for generations,” Reich said. “It’s critical that people in multiple fields continue to work together to interpret and contextualize the insights that ancient DNA can offer.”

Caribbean residents and scientists alike have wondered how much Indigenous heritage present-day people in the Caribbean have. They’ve also debated whether that ancestry has remained continuously in the region since before European contact or whether it was reintroduced from South, Central and North America after the decimation of the local population beginning in the 1490s.

The new work marks major progress in answering both questions.

Precontact Caribbean populations left genetic traces that remain in present-day Caribbean peoples, the team found—confirming that Indigenous Caribbean DNA has persisted in the region for thousands of years. The DNA accounts for between 4 and 14 percent of the ancestry of people analyzed.

In all, the study confirms previous findings that present-day people of the Caribbean harbor ancestry from three main groups—precontact Indigenous people, immigrant Europeans and Africans who were transported to this region as part of the slave trade—in different proportions across islands.

“First in the Pacific and now in the Caribbean, ancient DNA has revealed how prehistoric seafaring human societies explored and colonized new regions,” said co-senior author Ron Pinhasi of the University of Vienna. “It is exciting to not only uncover insights into the movements, turnovers, demography and social networks of past populations but also gain a completely new perspective on the Ceramic groups.”

Mark Lipson, research associate in genetics at HMS and Harvard, is also co-senior author of the study. 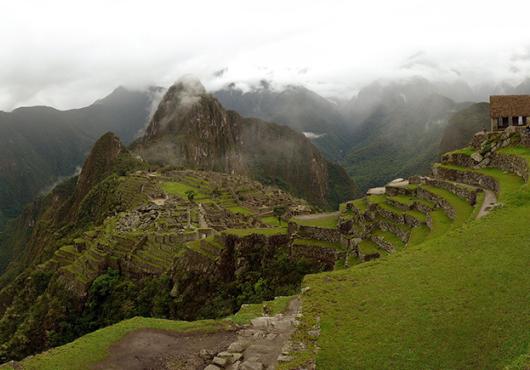