“We were shocked by the enormous impact insomnia has on the average person’s life,” said lead author Ronald Kessler, a psychiatric epidemiologist and professor of health care policy at Harvard Medical School. “It’s an underappreciated problem. Americans are not missing work because of insomnia. They are still going to their jobs but accomplishing less because they’re tired. In an information-based economy, it’s difficult to find a condition that has a greater effect on productivity.” 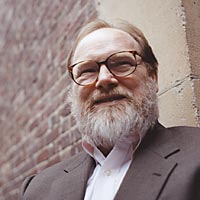 These findings appear in the September 1 issue of the journal SLEEP.

The results were computed from a national sampling of 7,428 employees, part of the larger American Insomnia Study, which was led by Kessler and funded by Sanofi-Aventis Groupe. Participants were asked about sleep habits and work performance, among other things. Previous estimates have relied on smaller consumer panels and on medical and pharmacy databases focused on treated insomnia patients, the study said.

The estimated prevalence of insomnia in the AIS sample was 23.2 percent among employees. Insomnia also was found to be significantly lower (14.3 percent) among workers age 65 and older, and higher among working women (27.1 percent) than working men (19.7 percent). Clinical sleep medicine experts independently evaluated a subsample of AIS respondents and confirmed the accuracy of those estimates.

Kessler said accurate estimates on the costs of insomnia in the workplace might justify the implementation of screening and treatment programs for employees. Because insomnia is not considered an illness—the kind that results in lost days at work—employers tend to ignore its consequences, he said.

“Now that we know how much insomnia costs the American workplace, the question for employers is whether the price of intervention is worthwhile,” said Kessler. “Can U.S. employers afford not to address insomnia in the workplace?”

Roughly speaking, the average cost of treating insomnia ranges from about $200 a year for a generic sleeping pill to $1,200 for behavioral therapy, according to study co-author James K. Walsh, executive director and senior scientist at the Sleep Medicine and Research Center at St. Luke’s Hospital in Chesterfield, Mo.

The research was sponsored by Merck & Co. and by Sanofi-Aventis (SA) Groupe. Kessler has been a consultant for both companies.

Adapted from a news release issued by SLEEP.