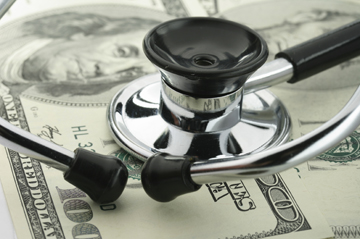 In the first year of Medicare’s Pioneer Accountable Care Organization program, the 32 participating provider organizations achieved a 1.2% savings while maintaining or improving performance on measures of quality of patient care.

These overall savings may be encouraging news in the long struggle to curb rising health care spending, but they don’t tell the whole story. The ultimate success of the program will depend on the details.

Accountable Care Organizations are groups of health care providers who agree to provide care to a population of patients with a global budget target. They receive rewards for lowering spending and improving the quality of care. The Pioneer program was Medicare's inaugural ACO initiative. In the Pioneer model, ACOs not only receive a shared savings bonus if they limit spending below the target (or “benchmark”), they also bear risk for spending above the benchmark. Expanding use of alternative payment models, such as ACOs, has become a stated goal of the Department of Health and Human Services and is explicitly called for in pending legislation to repeal the Sustainable Growth Rate system for paying physicians.

Using local control groups and rigorous methods that differed from calculations of savings by the Centers for Medicare and Medicaid Services (CMS) via comparisons of ACO spending with benchmarks, researchers at Harvard Medical School found that spending reductions achieved in the first year of the Pioneer program amounted to $118 million. This was more than the $76 million in bonuses paid to the ACOs by CMS, for a net savings to Medicare of $42 million.

In addition to quantifying overall savings, the researchers examined how savings differed by characteristics that might be relevant for the policy goals of the program. The findings are published today in the New England Journal of Medicine.

Many of the regulatory changes suggested by these findings are currently under consideration in some form by CMS in a new set of rules that will set performance goals and incentives in the next round of contracts for participants in the Medicare Shared Savings Program, the Pioneer program’s much larger counterpart with over 400 participating organizations serving over 5.6 million Medicare beneficiaries.

“There is growing evidence that alternative payment models can curb spending while improving or at least maintaining quality of care,” said lead author J. Michael McWilliams, associate professor of health care policy and medicine at HMS and Brigham and Women’s Hospital. “But building on the early success of these models in Medicare will depend on getting the incentives right.”

Essentially, McWilliams says, rewards for ACOs that lower spending under the current model are insufficient to cover ACO investments in strategies to control spending or improve quality and to make continued participation worthwhile.

For example, McWilliams and colleagues at HMS and Beth Israel Deaconess Medical Center found that the 13 ACOs that dropped out of the Pioneer program after2012 had achieved savings that were similar to those that stayed in the program. This suggests a payment model that may discourage participation by organizations that are capable of generating savings.

“The single most important change to make is to sever the link between an ACO’s benchmark and how much savings it generated in the previous years,” McWilliams noted.  Currently, ACOs that succeed in lowering Medicare spending are penalized with lower benchmarks in subsequent years, weakening their incentive to ever save.

The researchers also found that ACOs with higher initial spending were able to achieve greater savings than lower-spending ACOs, suggesting that spending is easier to cut where there is more of it. Accordingly, the researchers wrote, benchmarks should be designed to encourage higher-spending organizations to participate, but that benchmarks for these ACOs could be gradually constrained without putting them at a disadvantage relative to more efficient organizations.

Some of the researchers’ other findings also relate to potential unintended consequences of payment models calling for better care coordination across specialties and settings. For example, they found no difference in savings achieved by ACOs that are financially integrated groups of physicians and hospitals versus those that are independent physician groups. This suggests that consolidation between physicians and hospitals — which could increase market power and prices in commercial markets — is not a prerequisite for ACO success.

McWilliams added, “There is a lot of hope that transitioning to new payment models might help Medicare meet its serious fiscal challenges. Continued evaluation of the impact of these programs on spending and outcomes will be crucial to assess whether this hope is justified and to guide efforts to refine the rules governing these models.”

This research was supported by grants from the National Institute on Aging (P01 AG032952-01 and F30 AG044106-01A1), Laura and John Arnold Foundation, and Robert Wood Johnson Foundation/Health Care Financing Organization (71408). Disclosure forms provided by the authors are available with the full text of this article at NEJM.org

In addition to seeing patients, Michael McWilliams, associate professor of health care policy, studies the health care that millions of Americans receive, identifying where the systems have gone awry, and devising strategies for making improvements. This video is part of a series in which researchers explain the importance of their work.