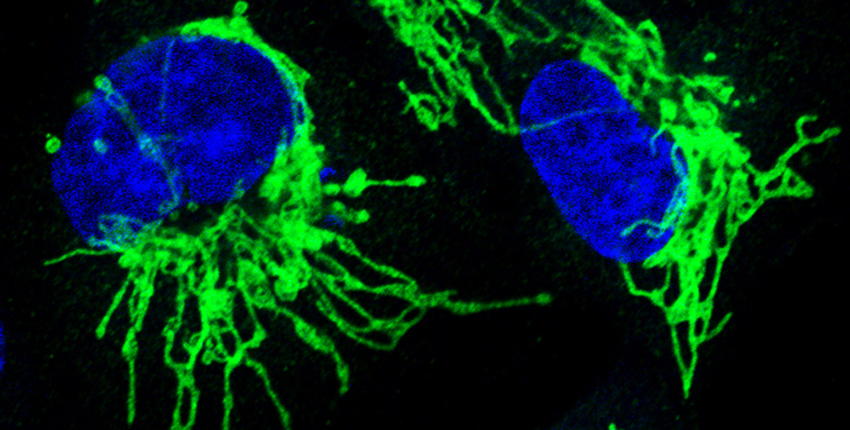 The findings, published Sept. 17 in Science, could explain why some cancer types respond to current immunotherapies while others don’t—laying the foundation for researchers to develop new, tissue-specific cancer immunotherapies that disable a broader range of immune evasion pathways.

“In order to really understand how to treat cancers, you need to understand how they’re escaping the immune system,” said study leader Stephen Elledge, the Gregor Mendel Professor of Genetics and of Medicine at HMS and Brigham and Women’s.

“Right now, we think there’s a mismatch between the tools we have to encourage the immune system to attack and the different mechanisms cancers use to evade those attacks,” he said.

For decades, researchers have worked to understand how the mutations found in malignant cells drive cancer. The vast majority of research has focused on mutations that help cancer cells grow and survive, with most cancer therapies developed thus far geared toward disrupting these pathways.

However, Elledge explains, there’s been an increasing awareness that cancer cells must also overcome attacks from the immune system, which initially treats cancer cells like pathogens and unleashes a response to eliminate them.

To avoid these attacks, cancer cells develop mutations that allow them to masquerade as healthy cells or take advantage of systems already in place that regulate immunity to prevent autoimmune disease.

Some cancer therapies—such as checkpoint inhibitors, a class of cancer immunotherapies first approved by the FDA in 2011—take aim at these mechanisms in an effort to make the immune system regain effectiveness against cancer. But, thus far, these drugs have been successful only for some forms of cancer, and even then in only a fraction of patients.

Elledge and his colleagues suspected that the pathways targeted by these existing drugs might represent only a few of many that cancer cells use to evade the immune system.

To search for more of these pathways, the team used the gene-editing tool CRISPR to systematically eliminate about 7,500 individual genes in a line of mouse breast cancer cells.

The researchers then placed these mutated cells back into mice with either faulty or intact immune systems. By comparing how the cells grew into tumors in these different animals, they could identify genes that prevent tumor cells from skirting immune system attacks.

The search revealed a set of nearly 100 genes that, when eliminated, allowed the breast cancer cells to hide from the immune system.

But when the researchers performed the same experiment with a line of mouse colon cancer cells, only a handful of the mouse breast cancer genes overlapped.

The combined set of mouse genes had nearly 100 homologs, or equivalents, in human genes.

Similarly, when the researchers looked for overlaps in different human cancers, only about 7 percent on average were shared between different tissue types.

The molecular pathways for most of these immune evasion-preventing genes are unknown. The new work allows scientists to study these genes one at a time and discover what they change about a tumor that allows it to escape.

The researchers found that when this gene was mutated, the cells that carry it made more of a protein called CCL2. In turn, this protein summoned cancer-protecting immune cells to tumors, preventing cancer-fighting immune cells from doing their job.

Elledge says that by studying the functions of the other newly identified genes, researchers may eventually be able to develop immunotherapies that replicate the genes’ original roles if they become mutated. That would allow the immune system to effectively fight tumors in far more patients and cancer types.

“Although these genes have little overlap between tissue types, we think they employ a finite number of strategies for preventing immune evasion,” said Elledge. “By learning these strategies, we can develop whole new therapeutic approaches to prevent cancer cells from circumventing immune attack.”

Elledge lab member Timothy Martin, HMS research fellow in medicine at Brigham and Women’s, is first author of the paper. The work was done in collaboration with the laboratory of Kevin Haigis, HMS associate professor of medicine at Dana-Farber.