How to Short-Circuit Hunger 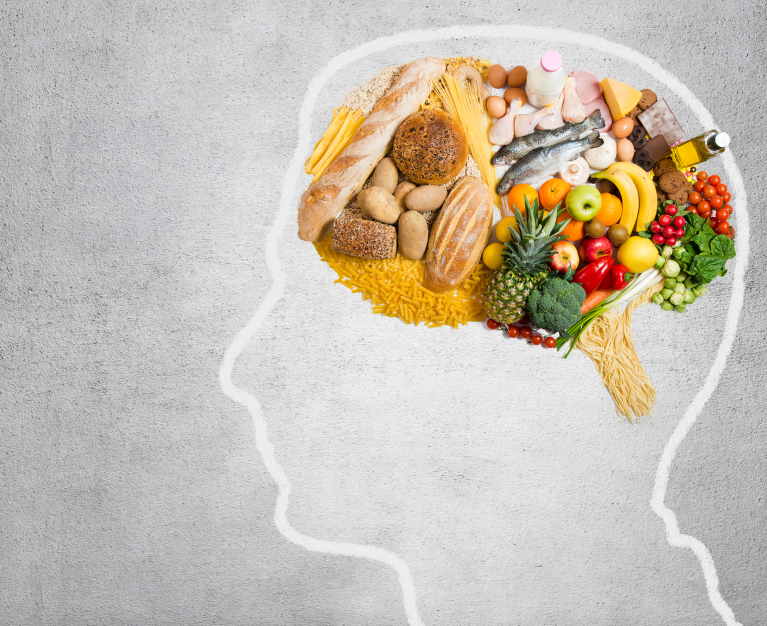 Anyone who has ever tried to lose weight knows it’s no fun to feel hungry. In fact, gnawing hunger pangs can sabotage even the best-intentioned dieter. But how exactly is it that fasting creates these uncomfortable feelings—and consuming food takes them away?

Working to unravel the complex wiring system that underlies this intense physiological state, Harvard Medical School investigators at Beth Israel Deaconess Medical Center working with researchers at the National Institute of Diabetes and Digestive and Kidney Diseases (NIDDK), part of the National Institutes of Health, have identified a long-sought component of this complicated neural network.

The team reports in Nature Neuroscience that a melanocortin 4 receptor-regulated (MC4R) circuit serves as the neural link that inhibits and controls eating. Their discovery shows that this brain circuit not only promotes fullness in hungry mice but also removes the almost painful sensation of grinding hunger, findings that could provide a promising new target for the development of weight-loss drugs.

The Roots of Hunger

Hunger ensures survival by signaling to the body that energy reserves are low and food is needed to avoid starvation.

“One reason that dieting is so difficult is because of the unpleasant sensation arising from a persistent hunger drive,” explained the study’s co-senior author Bradford Lowell, HMS professor of medicine at Beth Israel Deaconess. “Our results show that the artificial activation of this particular brain circuit is pleasurable and can reduce feeding in mice, essentially resulting in the same outcome as dieting but without the chronic feeling of hunger.”

The Lowell laboratory has spent the last two decades creating a wiring diagram of the complex neurocircuitry that underscores hunger, feeding and appetite. Their group, along with others, made the key discovery that agouti-peptide-expressing (AgRP) neurons, a small group of neurons located in the brain’s hypothalamus, detect caloric deficiency and drive intense feeding.

“When these AgRP neurons are ‘turned on,’ either by fasting or by artificial means, laboratory animals eat voraciously,” said Lowell.

AgRP neurons sense the low energy reserves, become activated and, through the release of inhibitory neurotransmitters, suppress the activity of downstream neurons, which are responsible for feelings of fullness, or satiety. This causes hunger.

But to understand exactly how the brain regulates appetite, the researchers needed to determine which neurons were downstream of the AgRP neurons and which were actually causing the activation and inhibition of hunger.

“Determining the identity of these ‘satiety’ neurons is the key to establishing the blueprint for how the brain can regulate appetite,” said Lowell. “It was an important missing point of connection in the wiring diagram.”

Because AgRP hunger neurons release the AgRP peptide, which is known to block melanocortin 4 receptors, Lowell and co-corresponding authors Michael Krashes, acting section chief of the Section on Motivational Processes Underlying Appetite at NIDDK, and Alastair Garfield hypothesized that these downstream satiety neurons must have many MC4Rs.

“Our previous work had revealed that out of all the millions of neurons in the brain, this tiny group of MC4R-expressing neurons in the paraventricular nucleus of the hypothalamus (PVH) were important for the regulation of feeding behavior and body weight,” said Lowell.

With this in mind, the authors set about mapping and then manipulating the activity of these PVH MC4R neurons and then observing the feeding behavior of the mice.

In order to gain direct access to these MC4R neurons from within the daunting tangle of neurocircuits, the authors used a group of genetically engineered mice that selectively express the Cre recombinase protein in these particular brain cells. This enabled the scientists to map their connections and remotely control their activity.

Led by Garfield, a visiting fellow in the Lowell laboratory from the Centre for Integrative Physiology at the University of Edinburgh, the authors employed a chemogenetic technique known as DREADDs (Designer Receptor Exclusively Activated by Designer Drugs) to specifically and selectively control the activity of these PVH MC4R neurons in the Cre recombinase mice.

“Although these mice had eaten a day’s worth of calories and were fully sated, when we used DREADDS to turn off the PVH MC4R cells, they began to ravenously consume food for which they had no caloric need,” said Garfield.

“Together these experiments suggested that PVH MC4R neurons function like a brake on feeding and are essential to prevent overeating,” said Garfield.

Much like an electronic circuit board, the brain is made up of discrete nodes connected by intricate wiring. After the authors determined that the PVH MC4 cells controlled satiety, Garfield said, the next logical step was to identify the downstream node in the circuit that was mediating this effect.

By injecting a tracer molecule into the PVH MC4R neurons, they were able to visualize the cells in other areas of the brain that were communicating with these cells. Their experiment revealed dense innervation of an area in the back of the brain called the lateral parabrachial nucleus (LPBN).

To probe the importance of this circuit in regulating appetite the scientists used optogenetics, a technology enabling them to selectively activate the subset of PVH MC4R neurons that target the LPBN by delivering blue laser light via a glass optical fiber implanted in the brains of the mice. As predicted, in the hungry mice, laser activation of this explicit PVH MC4R → LPBN circuit engaged a “brake” that significantly reduced the animals’ food consumption.

“There is a major hypothesis called ‘drive reduction’ that proposes that you eat to get rid of the unpleasant feeling of hunger,” Lowell said. “This is in contrast to other views that propose that you eat because the taste of good food is rewarding. We, therefore, needed to conduct a behavioral experiment that would tell us whether this PVH MC4R → LPBN circuit, which mice normally activate by eating, would be pleasant if activated artificially, in the absence of any food being consumed.”

To answer this question, co-senior author Michael Krashes and his colleagues at the NIDDK developed a sophisticated behavioral experiment in which laser stimulation served as a surrogate for eating food. The experiment also enabled the mice to control the activation of their PVH MC4R → LPBN circuit based on their spatial location.

“We built a two-chamber apparatus separated by a doorway through which the hungry animals were free to move back and forth, as we tracked their activity,”  Krashes said. “If the animal moved into one chamber, computer software triggered the delivery of the blue laser light, which stimulated the animal’s PVH MC4R → LPBN brain circuit. But when the animal returned to the other chamber, the laser switched off and the circuit was no longer stimulated.”

The scientists followed the mice for 25 minutes to determine which chamber the animals preferred. “Normal mice displayed no preference for either chamber,” said Krashes, “but the genetically engineered mice, which were able to stimulate the brain’s PVH MC4R → LPBN circuit, greatly preferred the blue light-associated chamber, highlighting the gratifying sensation that took away their bad feelings of hunger.”

Remarkably, Krashes said, when this experiment was repeated in mice that had recently eaten a meal, and therefore were not experiencing the negative feelings of hunger, turning on the satiety-promoting PVH MC4R → LPBN circuit lost its positive value, and the animals no longer showed a preference for the light-paired chamber.

“If the animals had found food in one particular chamber, then we expect that they would have stayed in that chamber and would have eaten, but since there was no food, they found another way of achieving the same result by self-stimulating the satiety-promoting PVH MC4R → LPBN circuit,” Krashes explained.

“Turning on the PVH-MC4R satiety neurons had the same effect as dieting, but because it directly reduced the hunger drive it did not cause the gnawing feelings of discomfort that often come with dieting,” said Lowell. “Our findings suggest that the therapeutic targeting of these cells may reduce both food consumption and the aversive sensations of hunger—and therefore may be an effective treatment for obesity.”