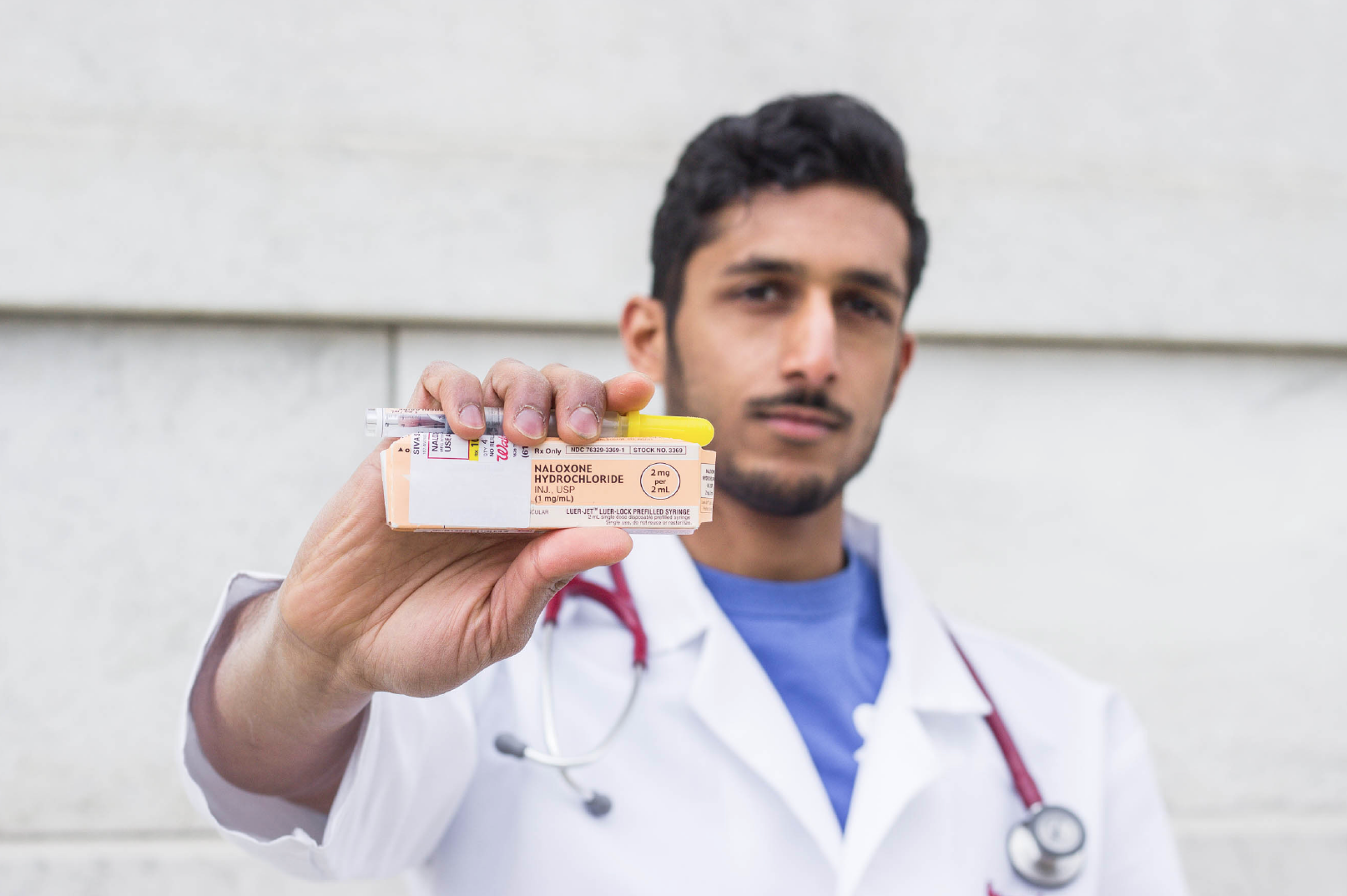 With hundreds of individuals dying from opioid overdoses in Massachusetts every month, the opioid crisis is being felt acutely in the Commonwealth. But a new project, led by three Harvard Medical School students, aims to highlight a hopeful narrative on the epidemic.

“RESILIENT: Narratives of Hope from Boston’s Opioid Crisis,” a curated collection of interviews and photographs of 31 individuals connected to the opioid epidemic in the greater Boston area was launched this month at Brigham and Women’s Hospital. The exhibit displays the insights and images of featured individuals across five themed panels spanning more than 35 feet.

A team of more than 20 individuals, mostly composed of health care students and other young professionals, collected the interviews and photographs for “RESILIENT” over the course of the last year.

“We aimed to create a platform to present a different narrative of the opioid crisis,” Zhou said. “While recognizing the tragedy and loss, “RESILIENT” highlights hope and recovery, a side of the story too often missed in coverage of the epidemic.”

The project was mentored by HMS senior Galina Gheihman, a fourth-year student, who said another goal of the project was to promote education about the opioid epidemic and motivate conversation and action.

“This learning spurred our advocacy work, and we hope our advocacy can in turn promote learning and action in others within our community,” Gheihman said.

The four primary panels are organized thematically on empathy, healing, change and belonging.

In the Empathy panel, the exhibit challenges viewers to consider the stigma against substance use disorder as a barrier to empathizing with those struggling with opioid dependence. The panel includes members of the Brigham and Women’s Hospital Bridge Clinic, a specialized clinic that provides follow-up care for people hospitalized for opioid-related complications, and a person in recovery who shares his story of reconnection.

The next section, On Healing, focuses on stories of recovery from those who have struggled with opioid dependence and the individuals who helped guide their healing. Through the words of 10 people in recovery, and health professionals and recovery coaches who work in this field, the healing section tells stories of those emerging from the grips of opioid addiction.

The Change section chronicles innovations in medical management, government policy and law enforcement that have all been aimed at improving the city’s and the state’s response to the crisis.

Featured in the section are Monica Bharel, commissioner of the Massachusetts Department of Public Health, and Allie Hunter McDade, executive director of the Police Assisted Addiction and Recovery Initiative, which Hunter McDade says supports local police stations in connecting individuals with opioid use disorder with treatment rather than prosecution.

Despite innovations in policy and medication-assisted treatment, the final panel emphasizes that one of the most effective mechanisms for initial treatment and ongoing support is the development of strong relationships.

This section, called On Belonging, asks viewers to consider the role they can play. “How will you take part?” the panel concludes.

The original idea for a photojournalism project documenting the spirit of individuals and organizations in Boston arose in October 2017 at the annual retreat of the Harvard Medical School Center for Primary Care’s Student Leadership Committee.

From the start, “RESILIENT” remained faithful to its roots as a student-initiated and student-led project. The diverse perspectives, experiences and passions of the team of volunteer interviewers and photographers, in addition to the stories of those featured in the work, have been integral to shaping the vision and message of the exhibit.

“We have a profound debt to everyone who shared their stories with us for this project,” Yen Li states. “This project would not have been possible without the courage of our interviewees and the hard work of our volunteer contributors.”

“We have learned with and from each other. Regardless of the knowledge and experiences our team members had prior to joining, each approached this collaboration with an eagerness to learn more, respect for those who bravely shared their stories and an openness to consider new perspectives,” Gheihman said.

The exhibit also features members of the HMS community, including fourth-year student Siva Sundaram, who has advocated for legislative reform to increase access to evidence-based medications for opioid use disorder, as well as Todd Griswold, HMS assistant professor of psychiatry at Cambridge Health Alliance and director of Medical Student Education in Psychiatry at HMS. Griswold has been leading efforts to improve substance use disorder education within the curriculum at the school.

The launch of the exhibit coincides with the start of National Recovery Month, an effort to raise awareness about substance use disorders. Aseries of events have been organized to educate staff and community members about the opioid crisis and bring attention to services offered at Brigham and Women’s to combat it.

The launch included guest speakers Joji Suzuki, HMS assistant professor of psychiatry and head of the Comprehensive Opioid Response and Education Program (B-CORE) at Brigham and Women’s; Christin Price, program administrative director of the Brigham Health Bridge Clinic; and Scott Weiner, HMS assistant professor of emergency medicine and director of B-CORE at Brigham and Women’s; Ursel Hughes, a recovery coach, person in recovery and project participant; a patient from the Bridge Clinic; and co-directors Zhou and Yen Li.

Those who worked on the exhibit hope to reach a greater audience with this venture. The team is in discussion with other display sites around Boston and has developed an online platform for the project. It is also working with a local health care improvement agency to scale up “RESILIENT” at a national level and promote local chapters around the country.

The exhibit is open to the public and will remain on display at Brigham and Women’s for the next two months.

Image: Featured in the 'Resilient' exhibit is Siva Sundaram a fourth-year HMS student who advocates for legislative reform to increase access to evidence-based medications for opioid use disorder and to improve medical education on substance abuse. 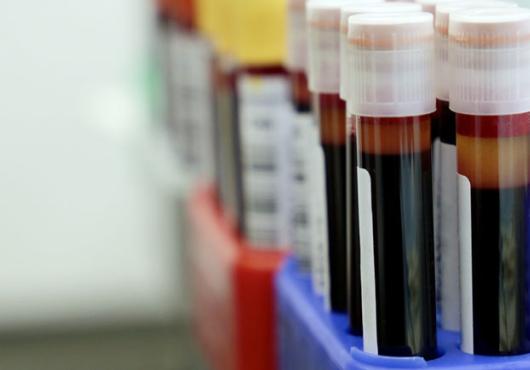