By STEPHANIE DUTCHEN May 2, 2016 Research 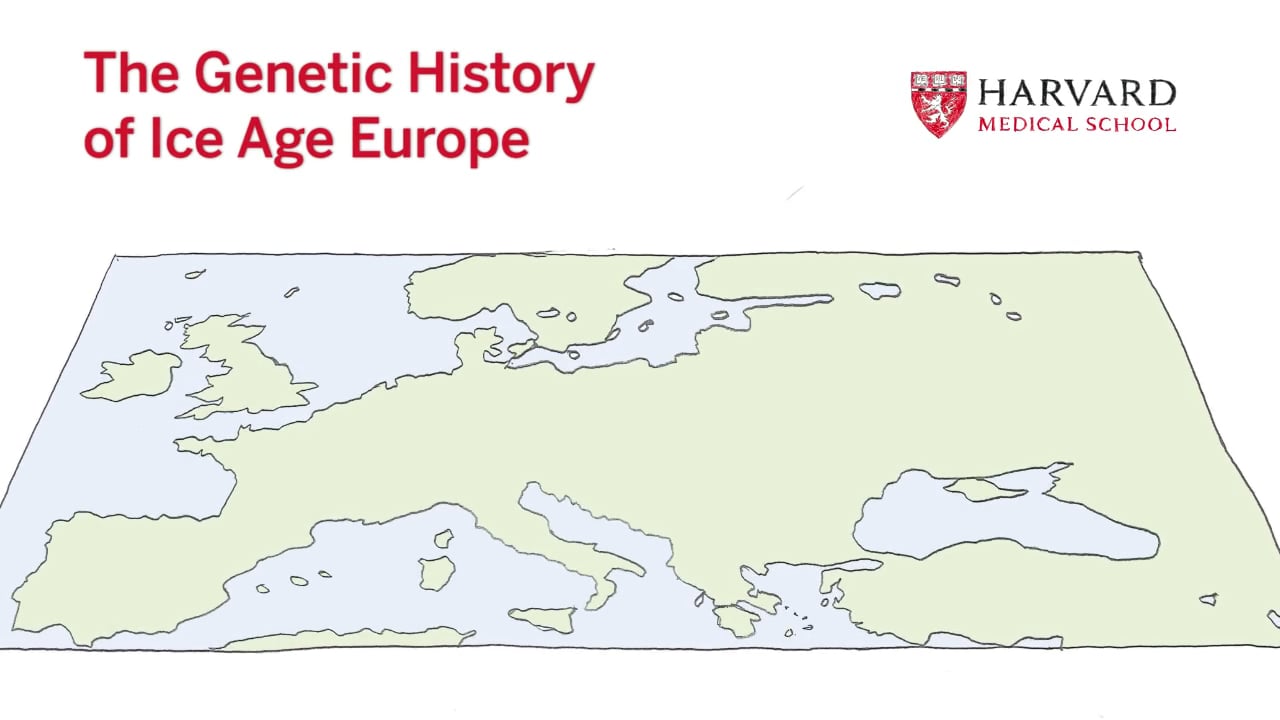 About 45,000 years ago, in the midst of the last ice age, modern humans began arriving in what we now call Europe. They stayed even as temperatures fell and great glaciers crept to their maximum coverage between 25,000 and 19,000 years ago.

Archaeologists have unearthed traces of these hunter-gatherer cultures in bones, tools, cave paintings and other artifacts. That record, however, can only hint at how members of different populations were related to one another and to present-day people.

By analyzing genome-wide data from the remains of 51 humans who lived between 45,000 and 7,000 years ago, an international research team has provided the first vivid look at the genetic history of modern humans in Europe before the introduction of farming.

The team’s findings, published May 2 in Nature, reveal the disappearance and reappearance of a group that formed part of the ancestry of today’s Europeans, describe when and how Europeans acquired DNA from people in the Near East and show that the amount of Neanderthal DNA in modern human genomes has shrunk over the millennia, likely because the DNA was evolutionarily disadvantageous.

“This study raises by about tenfold the number of ice age hunter-gatherers for which there is ancient DNA, and in so doing, it makes it possible to track genetic change over time,” said David Reich, professor of genetics at Harvard Medical School and co-senior author of the paper.

“It is amazing how ancient DNA now starts to provide us with a detailed account of the earliest history of present-day Europeans.”—Svante Pääbo

“Prior to this work, we had a static view of the first 30,000 years of modern human history in Europe. Now we can begin to see how people moved around and mixed with one another during this period,” said co-senior author Svante Pääbo, director at the Max Planck Institute for Evolutionary Anthropology in Leipzig, Germany.

“Archaeologists have gathered a tremendous amount of information about cultural change in ice age Europe,” said co-senior author Johannes Krause, professor of archaeo- and paleogenetics at the University of Tübingen and director at the Max Planck Institute for the Science of Human History in Jena, Germany. “This study connects our knowledge of the material culture of ice age populations—including people who produced elaborate figurines and the world’s first musical instruments—to their biological identities.”

“These bones are very, very old,” said Qiaomei Fu, first author of the paper and a faculty member of the Key Laboratory of Vertebrate Evolution and Human Origins at the Chinese Academy of Sciences in Beijing. “It was an immense privilege to work on them, but their age also made it extremely difficult to extract high-quality genetic information from them.”

Fu, who started working on the project as a graduate student in Pääbo’s lab and then continued it as a postdoctoral researcher in Reich’s lab, had to contend not only with the fact that the bones’ original DNA had degraded over time, but also that it had likely been contaminated by the genetic material of microbes and present-day people. She “screened and screened and screened” the bones, applied the best available enrichment and decontamination techniques and discarded all but the best-quality samples.

“It’s a great privilege to be able to work on these samples; it’s like being an art historian given full access to the treasures of the Louvre.”—David Reich

Meanwhile, Krause’s lab had produced data on an equal number of samples from the same period. The groups decided to join their datasets.

The researchers ended up with 38 new genomes. They added 13 previously published genomes, including one from a 40,000-year-old man with a Neanderthal ancestor just a few generations back in his family tree. They then compared the genomes to one another.

Whereas present-day people of non-African descent have about 2 percent Neanderthal DNA, the earliest samples in the study contained between 3 percent and 6 percent.

“There had been anecdotal evidence of a decline before. Now it’s clear that what we’re seeing is not just the result of a single anomalous sample,” said Reich, who is also a senior associate member of the Broad Institute of Harvard and MIT and an investigator at the Howard Hughes Medical Institute.

The team determined that Europeans who lived between 37,000 and 14,000 years ago were part of a single founding population that didn’t significantly interbreed with other populations. Since the drop in Neanderthal DNA couldn’t be explained by population mixing, the authors argue that the genetic material was forced out through natural selection.

Further evidence bolstered this theory when the researchers found that Neanderthal DNA got culled more often near genes than in other parts of the genome.

“The Neanderthal population, because of its small size, may have accumulated many slightly bad mutations,” said Pääbo. “It has taken tens of thousands of years to remove them from the modern human population, and it may still be going on.”

The case of the disappearing population

The researchers sorted the 51 individuals into subgroups based solely on their genetic information and were then able to see if and how those groups mapped onto known archaeological cultures.

The study revealed two early branches of a founding population known to have contributed some DNA to present-day Europeans. To the researchers' surprise, the first branch seemed to die out and be replaced by the second branch for 15,000 years across most of Europe, only for the first branch to reappear at the end of the glacial maximum. That first population then spread across the continent from the southwest as the ice sheet retreated.

The analysis showed that starting about 14,000 years ago, Europeans started to show a genetic relationship to present-day Near Easterners.

“Normally, when we think about genetic connections between these parts of the world, we look at the introduction of agriculture about 8,500 years ago, when farmers from the Near East came into Europe and replaced hunter-gatherers,” said Krause. “But this is a big event that occurred 6,000 years earlier.”

What accounts for the dramatic genetic shift? Because the shift occurred during the first great heat wave after the glaciers began their retreat, the authors speculate that the warming climate spurred people to migrate from the Near East to Europe. Alternately, they wonder whether a population from the southeast—such as the Levant, Turkey or Greece—migrated into both Europe and the Near East, drawing their genomes closer together.

“It is incredible to uncover large-scale turnover events in prehistoric societies that were mostly unknown to us.”—Johannes Krause

Finally, the researchers found that a subset of European hunter-gatherers acquired some East Asian-related DNA after 14,000 years ago, suggesting an additional flow into Europe.

“We see that the founding European populations persisted over the last glacial maximum some 25,000 to 14,000 years ago, but afterward there were dramatic re-jiggerings as people moved back from warm-weather refuges in the southwest and the southeast, transforming the human landscape of Europe,” said Pääbo. “It is amazing how ancient DNA now starts to provide us with a detailed account of the earliest history of present-day Europeans.”