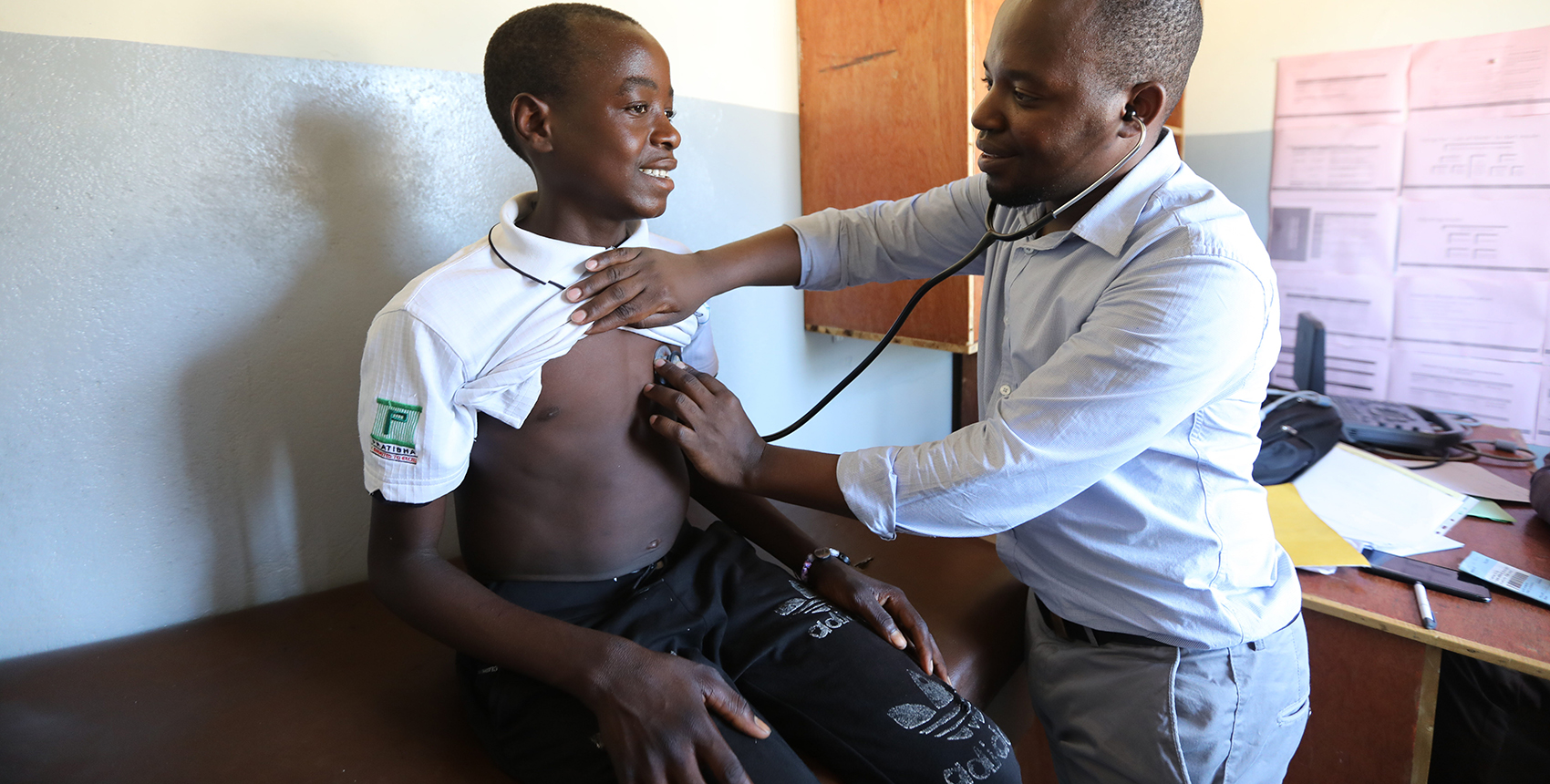 Every year, among the world’s poorest billion people, almost 800,000 men, women, and children under the age of 40 die of noncommunicable diseases and injuries (NCDIs). Nearly three quarters of these deaths could be averted using routine prevention, care, and treatments widely available to people who live in high-income countries.

The report, published in September of 2020, paints a starkly different picture of NCDIs among the world’s poorest from views commonly held by international development planners—those who have driven programming to address noncommunicable disease for years.

The report also outlines a plan—already underway in several nations—to solve the problem and explains the financial, moral, and clinical reasons why the plan is the right way to proceed.

The commission’s findings challenge a set of global noncommunicable disease policies developed and implemented in the last decade that focused on the threat of an epidemic of NCDs that would emerge in developing countries as their populations got richer and started eating too much, exercising too little, smoking, and drinking too much alcohol.

The stark reality is that NCDIs are not an imminent threat waiting in the wings as countries develop their economies. Rather, poor people living in rural areas are already dying from NCDs at far higher rates and younger ages than in richer populations, the commission’s report shows. Among the poorest billion, NCDIs kill more people under age 40 than HIV, tuberculosis, and maternal deaths combined, the commission’s research found, and people with a diverse set of severe noncommunicable diseases live 20 fewer healthy years than people with the same conditions in high-income countries.

Most of the NCDIs that kill people in impoverished communities have nothing to do with behavioral risk factors related to increasing wealth and everything to do with infectious, environmental, genetic, and socioeconomic risks, the commission found. To name a few examples: contracting strep or HPV increases the risk of dying from rheumatic heart disease and cervical cancer, indoor air pollution from cooking fires, rather than smoking, is a major risk for respiratory disease, and sickle cell trait puts people at risk of sickle cell disease. The high incidence and mortality of these and similar noncommunicable diseases afflicting the poor are the direct result of poverty and lack of access to health care, the commission found.

“These findings are a wake-up call to the international community,” said the report’s lead author and commission co-chair Gene Bukhman, who is director of the Program in Global Noncommunicable Disease and Social Change and associate professor of global health and social medicine in the Blavatnik Institute at Harvard Medical School. “We need a cross-border movement with a common sense of humanity to serve people living with NCDs in poor countries.”

Bukhman and his colleagues on the NCDI Poverty Commission have taken on the challenge of building and leading that movement, and they’ve already made remarkable progress.

“No disease should practically be a death sentence in one country but treatable, preventable, or curable in another,” said commission co-chair Ana Mocumbi of Eduardo Mondlane University in Mozambique.

The good news is that deploying a suite of cost-effective, proven solutions in the next 10 years could save the lives of more than 4.6 million of the world’s poorest, including 1.3 million who would otherwise die before the age of 40, according to the commission’s research.

In compiling the report, the 23-member commission collaborated with more than 250 policy makers, researchers, health care practitioners, patient advocates, representatives of ministries of health from the local to the national level, and representatives of development groups including World Bank and the World Health Organization. This diverse group of stakeholders participated in national NCDI Poverty Commissions in 16 countries. The formation and support of those commissions was one of the most important and innovative steps taken by the Lancet NCDI Poverty Commission, Bukhman said.

In addition to measuring the scope of the problem of NCDIs for the world’s poorest billion, the commission has endeavored to reframe the notions that have shaped global health paradigms around NCDIs for years and taken steps to begin building concrete solutions that can help alleviate much of the suffering associated with NCDIs among the world’s poorest.

Bukhman is collaborating with researchers, caregivers, and educators in the Department of Global Health and Social Medicine at HMS, the Division of Global Health Equity at Brigham and Women’s Hospital, and the international community health organization Partners in Health, which was co-founded by Paul Farmer, the chair of the HMS Department of Global Health and Social Medicine. The team has been working with the other members of the commission and with ministries of health and nongovernmental organizations in countries that are home to more than half the worlds’ poorest people to begin to build that movement and to find ways to provide people with the care they need to live healthy lives.

In December 2020, the commission and their partners launched the NCDI Poverty Network, a collaboration between the Lancet NCDI Poverty Commission and national commissions in 23 low- and middle-income countries with large populations of people living in extreme poverty. The network aims to continue the work of assessing the burden of NCDIs, prioritizing prevention and care for diseases that disproportionately affect poor children and young adults, and developing strategies and financial resources for delivering the care needed to alleviate that burden.

The report found that a third of burden of disease in the poorest countries is related to noncommunicable diseases and injuries. Yet less than $100 million­—or just 0.3 percent of development assistance for health—is allocated to NCDIs among countries comprising the poorest billion.

Throughout the history of international health efforts, many policy makers have argued that the limited resources available for health care are best spent on less expensive preventive measures. But the authors of a May 10 paper in the Lancet Global Health modelled the costs and benefits of prevention, management, and treatment for rheumatic heart disease and came to a very different conclusion. Bukhman, Mocumbi, and collaborators from the commission’s secretariat and the World Heart Federation, which commissioned the paper, contributed.

Rheumatic heart disease, which can develop as a complication of untreated strep throat infections, is now rarely seen in high-income countries but remains a major cause of cardiovascular illness and death among the world’s poorest. Strep is responsible for an estimated 288,000 deaths a year worldwide, with the vast majority of these deaths taking place in sub-Saharan Africa and South Asia.

At first glance, it might seem that primary prevention—giving those with strep throat inexpensive antibiotics to treat the infection and thus prevent rheumatic fever and rheumatic heart disease—would be the most cost-effective measure. But the researcher’s analysis showed that primary prevention alone was actually less cost-effective and took longer to accrue its benefits than including efforts to check secondary prevention and provide treatment for those with established disease. This mixed approach included using antibiotics to prevent recurring infections that cause further damage to the heart and treating those who already have rheumatic heart disease. The latter includes developing platforms for treating two of the late-stage complications for the condition—heart failure and heart-valve damage, including cardiac surgery when necessary.

This integrated approach could avert nearly 70,000 deaths in the African Union from 2021 to 2030, the study projected, with a benefit-cost ratio of nearly 5 to 1.

Towards a science of integrated care

Bukhman and his colleagues have helped lay the foundation for this transformative, integrated approach to NCDIs over the last decade by developing, piloting, and scaling up integrated care for NCDIs in places like Rwanda and Malawi. In those countries, Bukhman helped develop and evaluate model programs for expanding access to care for severe noncommunicable diseases like rheumatic heart disease.

In many low-resource settings, only the highest-level hospitals in large cities have the capacity to deal with complex chronic disease. A WHO program known as PEN, package of essential noncommunicable disease interventions, focuses on prevention and management of less severe conditions like hypertension at community health centers. People with more severe chronic and noncommunicable diseases often need to travel to a hospital in large city or the nation’s capital to find care. This effectively puts care out of the reach of the rural poor, who can’t afford to get to the city, let alone pay for specialized hospital care.

To meet the needs of populations in the clinical desert outside the watershed of larger urban hospitals, Bukhman and colleagues at Partners in Health and the ministries of health in Rwanda and Malawi developed a program to deliver a package of essential interventions for more severe noncommunicable diseases—including type 1 diabetes, rheumatic heart disease, and sickle cell disease—which are usually fatal for children and young adults if left untreated. The program also includes palliative care for advanced malignancies and other conditions. They dubbed the model PEN-Plus because it complements the PEN initiative.

PEN-Plus clinics are run by specially trained nurses and other mid-level providers, such as clinical officers in countries that have them. These providers work at district hospitals, an intermediate level of care between local clinics and urban hospitals. In addition to learning the fundamentals of diagnosing and providing basic care for severe NCDIs, these caregivers are trained to provide mentorship and supervision for nurses at health centers to help them diagnose, refer, and care for patients with more serious NCDs. A PEN-Plus clinic meets two needs: supporting the extension of care for less severe conditions to villages and communities and providing a place to which community health workers and health center nurses can refer patients for diagnosis and treatment.

PEN-Plus is just one model for the type of integration that the commission report advocates. The crux of the system is clustering services for several conditions that can be delivered by mid-level providers with specialized training in similar skills and can take advantage of shared facilities and equipment. This makes it possible to offer services at lower levels of the health system for clusters of conditions that are not as common as the most prevalent infectious diseases or the less severe NCDs like mild-to-moderate hypertension. These facilities also don’t have enough patients in the catchment area of a rural hospital to warrant a specialist MD like an endocrinologist or cardiologist.

In a February 6, 2021, correspondence in the Lancet, Bukhman and Mocumbi called for a new “science of integration” in global health delivery to implement these kinds of solutions at scale.

The central tenets of PEN-Plus—decentralizing and diffusing care and expertise, training mid-level health professionals, and treating people closer to home whenever possible—are the cornerstones of building any health care system, the commissioners noted.

The commissioners emphasized that taking a holistic and integrated approach to noncommunicable disease is not just cost-effective, it’s the right thing to do.

“If the world is serious about achieving universal health coverage, a centerpiece of the UN’s sustainable development goals, we need to stop the needless death and suffering caused by NCDIs among the world’s poorest people,” Mocumbi said.

There are encouraging signs that more and more policy makers and caregivers agree, Bukhman and Mocumbi said. Seven new countries are starting NCDI poverty commissions, three more countries are working to scale up PEN-Plus, as many as eight more countries are developing plans to initiate PEN-Plus clinics and training sites, and the WHO Regional Office for Africa is developing a regional strategy for implementation and scale-up of PEN-Plus across the continent.

“It’s exciting to see countries putting the recommendations of the commission into practice,” Bukhman said. “We know how to treat these diseases, and we know how to deliver the care where it is needed. Now we just need to come together to make it happen.” 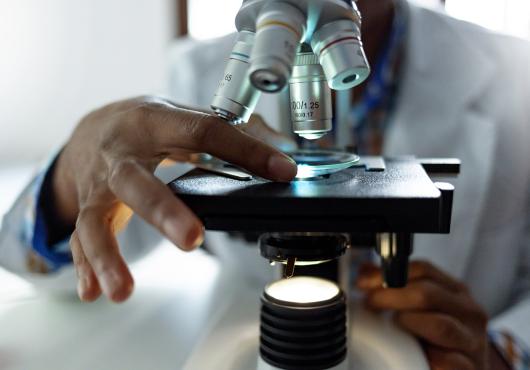