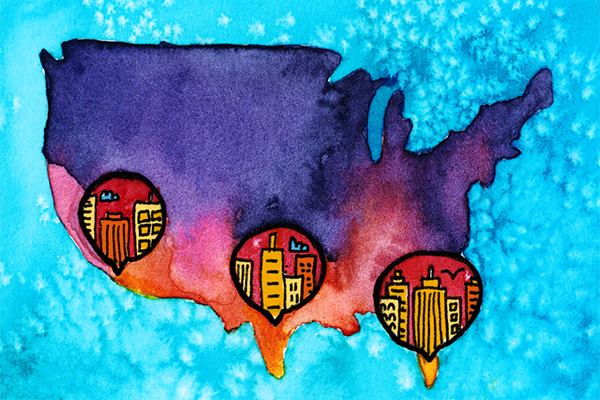 Bacteria have long been thought to develop antibiotic resistance largely due to repeated exposure through over-prescribing. But could much bigger environmental pressures be at play?

Seeking to better understand the distribution of antibiotic resistance across the U.S., a multidisciplinary team of epidemiologists from Harvard Medical School, Boston Children’s Hospital and the University of Toronto have found that higher local temperatures and population densities correlate with a higher degree of antibiotic resistance in common bacterial strains.

The findings were published May 21 in Nature Climate Change.

“The effects of climate are increasingly being recognized in a variety of infectious diseases, but so far as we know this is the first time it has been implicated in the distribution of antibiotic resistance over geographies,” said the study’s co-first author, Derek MacFadden, an infectious disease specialist and research fellow at Boston Children’s.

“We also found a signal that the associations between antibiotic resistance and temperature could be increasing over time,” he said.

Although the findings uncover links between temperature, population density and antibiotic resistance, further research is needed in order to show whether either factor directly causes the observed increases in resistance.

In the meantime, the possibility is cause for concern, the authors said.

“Estimates outside of our study have already told us that there will be a drastic and deadly rise in antibiotic resistance in coming years,” said the paper’s co-senior author, John Brownstein, chief innovation officer and director of the Computational Epidemiology Group at Boston Children’s and professor of pediatrics at HMS. “But with our findings that climate change could be compounding and accelerating an increase in antibiotic resistance, the future prospects could be significantly worse than previously thought.”

During their study, the team assembled a large database of U.S. antibiotic resistance information related to E. coli, K. pneumoniae and S. aureus, pulling from various streams of hospital, laboratory and disease surveillance data documented between 2013 and 2015. Altogether, their database comprised more than 1.6 million bacterial pathogens from 602 unique records across 223 facilities and 41 states.

When looking at antibiotic prescription rates across geographic areas, the team found that increased prescribing was associated with increased antibiotic resistance across all the pathogens they investigated.

Then, comparing the database to latitude coordinates as well as mean and median local temperatures, the team found that higher local average minimum temperatures correlated the strongest with antibiotic resistance. Local average minimum temperature increases of 10 degrees Celsius were found to be associated with 4.2, 2.2 and 3.6 percent increases in antibiotic-resistant strains of E. coli, K. pneumoniae and S. aureus, respectively.

When looking at population density, the team found that an increase of 10,000 people per square mile was associated with 3 and 6 percent increases in antibiotic resistance in E. coli and K. pneumoniae, respectively, which are both Gram-negative species. In contrast, the antibiotic resistance of Gram-positive S. aureus did not appear to be significantly affected by population density.

“Population growth and increases in temperature and antibiotic resistance are three phenomena that we know are currently happening on our planet,” said study’s co-senior author, Mauricio Santillana, assistant professor of pediatrics at HMS and a faculty member in the Computational Health Informatics Program at Boston Children’s. “But until now, hypotheses about how these phenomena relate to each other have been sparse.”

“We need to continue bringing multidisciplinary teams together to study antibiotic resistance in comparison to the backdrop of population and environmental changes,” Santillana added.

MacFadden said the transmission factor is of particular interest for further scientific research.

“As transmission of antibiotic-resistant organisms increases from one host to another, so does the opportunity for ongoing evolutionary selection of resistance due to antibiotic use,” MacFadden said. “We hypothesize that temperature and population density could act to facilitate transmission and thus increases in antibiotic resistance.”

“The bottom line is that our findings highlight a dire need to invest more research efforts into improving our understanding of the interconnectedness of infectious disease, medicine and our changing environment,” Brownstein concluded.

Sarah McGough of Boston Children’s was co-first author of the study. David Fisman of the University of Toronto was also an author.

This work was supported by a Canadian Institute for Health Research Fellowship, the Clinician Scientist Program at University of Toronto’s Department of Medicine and the National Library of Medicine at the National Institutes of Health (R01 LM011965).

Adapted from a post on Vector, the Boston Children's clinical and research innovation blog. 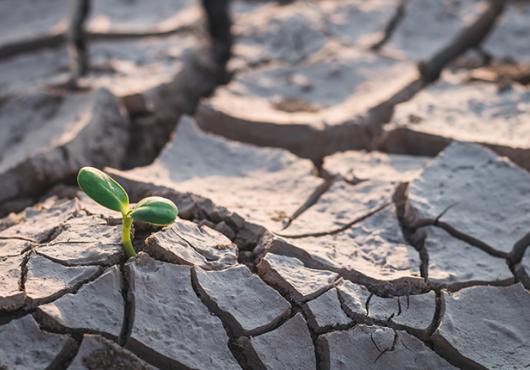