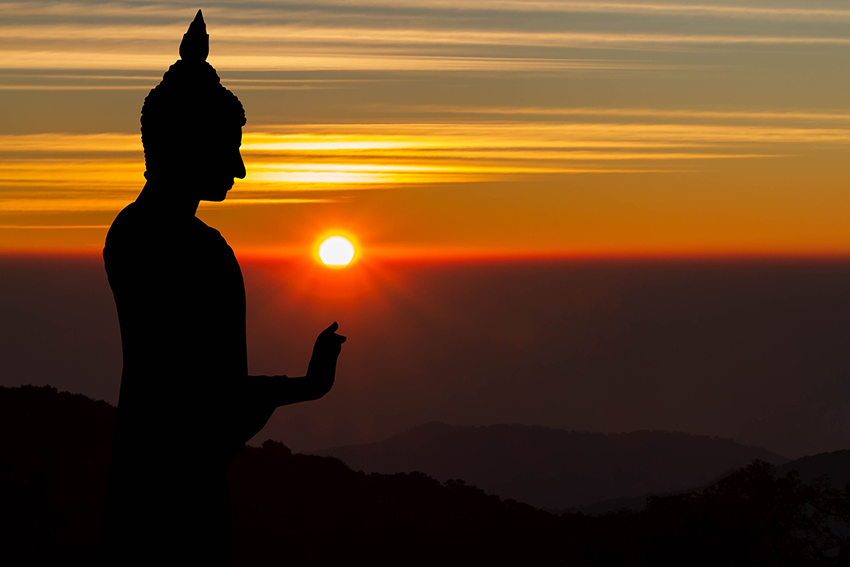 Religiosity and spirituality can alter the expression of proteins associated with cardiovascular health, according to the results of a new analysis from the Study on Stress, Spirituality and Health (SSSH).

The findings, published in Scientific Reports, demonstrate that spiritual struggles in particular significantly modify the impact of unique proteins on risk of developing cardiovascular disease (CVD) in U.S. South Asians, a community that has especially high rates of CVD.

The analysis was conducted by Harvard Medical School investigators based at Massachusetts General Hospital and Beth Israel Deaconess Medical Center and colleagues from the University of California San Francisco (UCSF).

“Before we can develop the best interventions to reduce CVD disparities, we need to understand the biological pathways through which health disparities are produced,” said co-senior author Alexandra Shields, HMS associate professor of medicine at Mass General.

“As this study shows, psychosocial factors, and religious or spiritual struggles in particular, can affect biological processes that lead to CVD in this high-risk population,” said Shields, who is director of the Harvard/MGH Center on Genomics, Vulnerable Populations, and Health Disparities.

The results of the study, which included 50 participants who developed CVD and 50 sex- and age-matched controls without CVD from the Mediators of Atherosclerosis in South Asians Living in America (MASALA) Study, indicate that there may be unique protein expression profiles associated with CVD in U.S. South Asian populations.

The results also suggest that these associations may also be affected by religious struggles, in which, for example, individuals experiencing difficulties or hardships feel they are being punished or abandoned by their God or have a crisis of faith.

“Spirituality can also serve as a resource for resilience and have a protective effect,” said Shields. “Given that many of the minority communities that experience higher levels of CVD also report higher levels of religiosity and spirituality, studies such as the SSSH may help identify new leverage points, such as spiritually focused psychotherapy for those in spiritual distress, that could reduce risk of CVD for such individuals.”

The MASALA study includes 1,164 South Asians who were recruited from the San Francisco Bay Area and the greater Chicago area and followed for approximately eight years with the goal of investigating factors that lead to heart disease among this high-risk ethnic group. MASALA is one of the original cohorts participating in SSSH, through which this research was conducted.

“Understanding the pathways of this mechanism at the molecular level using proteomics technology is crucial to developing potential interventions that can help reduce CVD incidence in this population,” said lead author Long Ngo, HMS associate professor of medicine and co-director of biostatistics in the Division of General Medicine at Beth Israel Deaconess.

“The kinds of blood-based protein biomarkers used in this study are particularly effective in assessing CVD risk because they carry clinical information about risk of disease and are the most commonly used molecules for diagnostic applications,” added co-senior author Towia Libermann, HMS associate professor of medicine and director of the Genomics, Proteomics, Bioinformatics and Systems Biology Center at Beth Israel Deaconess.