How exercise reduces chronic inflammation and guards against cardiovascular disease 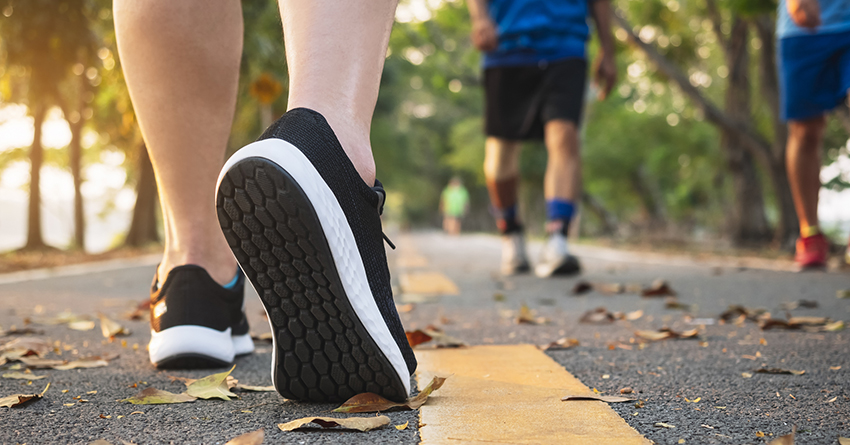 Harvard Medical School researchers based at Massachusetts General Hospital have identified a previously unknown biological pathway that promotes chronic inflammation, a discovery that may help explain why sedentary people have an increased risk for heart disease and strokes.

Reporting in Nature Medicine, the researchers at Mass General and several other institutions describe this pathway and how it is blocked by regular exercise. These findings reinforce the importance of physical activity and may also advance the development of new therapies for preventing cardiovascular disease.

Regular exercise is known to protect the cardiovascular system by reducing risk factors such as high cholesterol and blood pressure.

“But we believe there are certain risk factors for cardiovascular disease that are not fully understood,” said senior study author Matthias Nahrendorf, HMS professor of radiology at the Center for Systems Biology at Mass General.

In particular, Nahrendorf and his team wanted to better understand the role of chronic inflammation, which contributes to the formation of artery-clogging blockages called plaques.

The team examined how exercise affects the activity of bone marrow, specifically hematopoietic stem and progenitor cells (HSPCs), which can turn into any type of blood cell, such as leukocytes, which promote inflammation, defend against infection and remove foreign bodies.

“When these cells become overzealous, they start inflammation in places where they shouldn’t, including the walls of arteries,” Nahrendorf said.

In the Nature Medicine study, Nahrendorf and colleagues studied a group of laboratory mice that were housed in cages with treadmills. Some of the mice ran as much as six miles a night on the spinning wheels. Mice in a second group were housed in cages without treadmills. After six weeks, the running mice had significantly reduced HSPC activity and lower levels of inflammatory leukocytes than other mice who simply sat around their cages all day.

“This study identifies a new molecular connection between exercise and inflammation that takes place in the bone marrow and highlights a previously unappreciated role of leptin in exercise-mediated cardiovascular protection,” said Michelle Olive, program officer at the National Heart, Lung, and Blood Institute Division of Cardiovascular Sciences.

“This work adds a new piece to the puzzle of how sedentary lifestyles affect cardiovascular health and underscores the importance of following physical activity guidelines,” Olive said.

Reassuringly, the study found that lowering leukocyte levels by exercising didn’t make the running mice vulnerable to infection. While this study underscores the importance of regular physical activity, further focus on how exercise dampens inflammation could lead to novel strategies for preventing heart attacks and strokes.

“We hope this research will give rise to new therapeutics that approach cardiovascular disease from a completely new angle,” Nahrendorf said.

The work was funded by grants HL142494 and HL139598 from the National Heart, Lung, and Blood Institute of the National Institutes of Health.