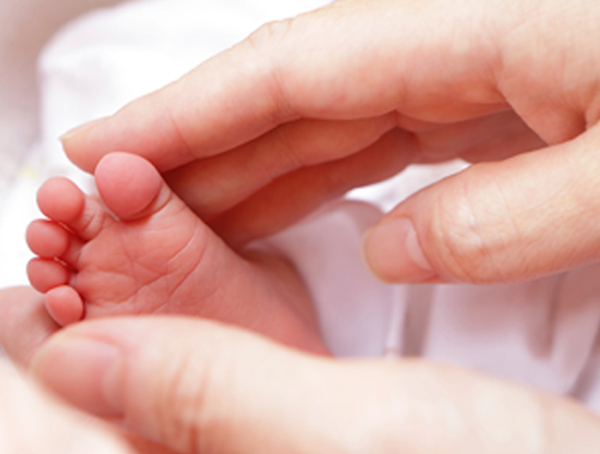 Reported online in Pediatrics, the results of this clinical trial show that infants’ apnea events decreased by half when babies were placed on specially developed SR mattresses for alternating 30-minute intervals over the course of three to four hours.

“This simple intervention made a huge difference,” said the study’s corresponding author, Vincent C. Smith, associate director of the NICU at Beth Israel Deaconess and assistant professor of pediatrics at HMS. “When we replaced infants’ regular mattresses with SR mattresses, which provided a very gentle, soothing vibration like a very light massage, babies’ apnea episodes decreased by 50 percent, and we improved every clinically significant aspect of oxygen desaturation events and decreased the severity of bradycardia events.”

The nervous systems of infants born earlier than 37 weeks’ gestation are functionally underdeveloped. Many preterm infants, especially those who are born at 34 weeks or less, experience periods of apnea in which they briefly stop breathing or do not breathe deeply enough. These infants may also have reduced oxygen levels and slowed heart rates.

“While these treatments are effective and widely used, they do not completely resolve the problems,” Smith said.

The study’s senior author, David Paydarfar, a neurologist at UMass Medical School and associate faculty member at the Wyss, developed the SR stimulation device more than a decade ago. In an earlier pilot study, Paydarfar showed that adding “noise” in the form of a subtle vibration helps stabilize infants’ breathing without waking them. With a team of engineers at the Wyss, he then developed the SR stimulation device used in the current study.

“SR has been used to stabilize other biological systems and has been examined in previous medical applications, such as improving balance in elderly individuals, with significant success,” said Paydarfar. “We developed this specialized SR mattress to provide neonatologists with a noninvasive alternative to existing therapies to help preterm babies.”

The researchers studied 36 preterm infants in the Beth Israel Deaconess NICU between April 2012 and July 2014. The infants were receiving ventilation support and had experienced at least one clinical documented apnea, bradycardia or oxygen desaturation event.

The researchers replaced standard mattresses with SR mattresses in the infants’ cribs or isolettes. Babies received alternating 30-minute intervals of SR stimulation “on” and SR stimulation “off” over the course of several three- or four-hour study sessions. The research team simultaneously recorded the infants’ heart rates, respiratory rates and oxygen saturation from the standard clinical monitors.

To compare the effects of SR stimulation on each infant, the researchers used a randomized crossover study design, in which each baby served as his or her own control.

“We didn’t compare infants to one another; we only compared them to themselves,” said Smith. “That way you’re really accounting for everything, including the use of oxygen, caffeine and other therapies whether the baby is or is not receiving the mattress stimulation.

“We could see right away that the SR stimulation was successful,” Smith continued. “These results provide us with proof of concept that SR stimulation may be a safe, noninvasive supplemental treatment option to help preterm infants.”