We have one. Lizards have two. Why? 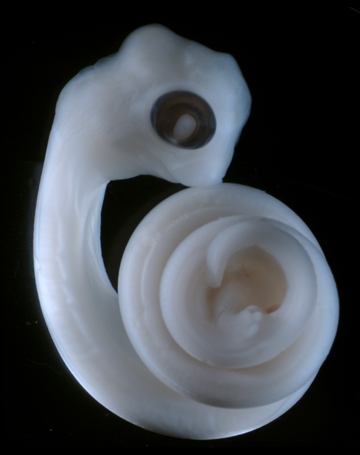 When it comes to genitalia, nature enjoys variety. Snakes and lizards have two. Birds and people have one. And while the former group’s paired structures are located somewhat at the level of the limbs, ours, and the birds’, appear a bit further down. In fact, snake and lizard genitalia are derived from tissue that gives rise to hind legs, while mammalian genitalia are derived from the tail bud. But despite such noteworthy contrasts, these structures are functionally analogous and express similar genes.

How do these equivalent structures arise from different starting tissues?

Reporting in Nature, researchers in Harvard Medical School’s Department of Genetics, led by departmental chair Clifford Tabin, have found that the answer is not unlike the real estate axiom Location, location, location.

The embryonic cloaca—which eventually develops into the urinary and gut tracts—issues molecular signals that tell neighboring cells and tissues to form into external genitalia. The cloaca’s location determines which tissues receive the signal first. In snakes and lizards, the cloaca is located closer to the lateral plate mesoderm, the same tissue that makes the paired limbs, which receives the signal. In mammals, the cloaca is closer to the tail bud. 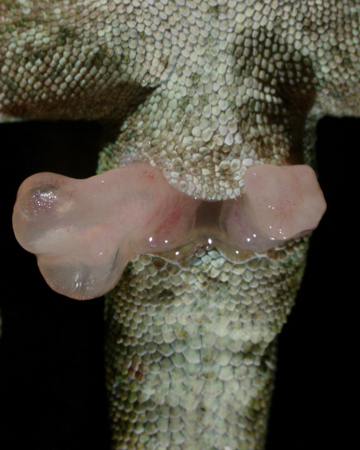 To further confirm this finding, the researchers grafted cloaca tissue next to the limb buds in one group of chicken embryos, and beside the tail buds in a second group. They found that in both cases, cells closer to the grafted cloaca responded to the signals and partially converted toward a genitalia fate.

This proves that different populations of cells with progenitor potential are able to respond to cloaca signaling and contribute to genitalia outgrowth.

“Here we see that an evolutionary shift in the source of a signal can result in a situation where functionally analogous structures are carved out of nonhomologous substrate,” said Patrick Tschopp, an HMS research fellow in genetics in Tabin’s lab and first author on the paper. “Moreover, this might help to explain why limbs and genitalia use such similar gene regulatory programs during development.”

Jerome Gros from the Department of Developmental and Stem Cell Biology at the Institut Pasteur in Paris is co-senior author on this study.

This work was supported by National Institutes of Health grant R37-HD032443. 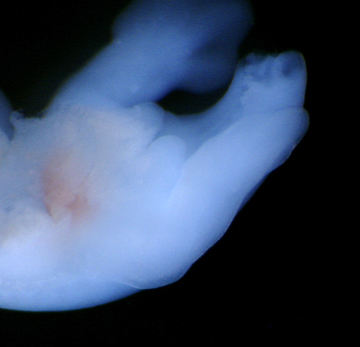