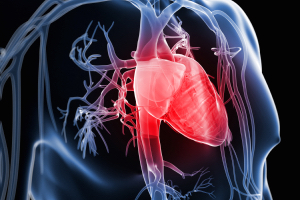 An international research collaboration led by Harvard Medical School investigators at Massachusetts General Hospital has identified the first gene whose mutations cause the common form of mitral valve prolapse, a heart valve disorder that affects almost 2.5 percent of the U. S. population.

In a paper published in Nature, the team reports finding mutations in a gene called DCHS1 in affected members of three families in which mitral valve prolapse is inherited.

“This work provides insights into the pathways regulating valve growth and development and implicates a previously unrecognized basis for the long-term structural integrity of the mitral valve,” said senior author Susan Slaugenhaupt, HMS professor of neurology. 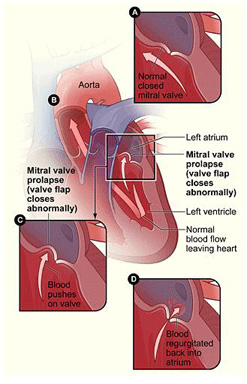 She is also scientific director of the Mass General Research Institute, an investigator at the Mass General Center for Human Genetic Research and one of the lead scientists in the collaborative group that conducted the research.

“This finding can teach us how to prevent this inborn disease from manifesting as an illness in people who inherit mutated forms of this gene,” said Robert Levine, HMS professor of medicine at Mass General and co-senior author of the Nature paper. “Understanding how defects in this gene cause errors in early valve formation can point to ways we can prevent the progression of this condition to keep the valve and the heart healthy and help the patient avoid complications.”

One of four valves controlling the flow of blood through the heart, the mitral valve lies between the left atrium and the left ventricle, which handle oxygenated blood returning from the lungs. The valve consists of two leaflets that open to let blood pass through and close to keep it from moving backwards.

Their work depended on advanced diagnostics developed by Levine and colleagues in the Mass General Cardiac Ultrasound Laboratory, which in turn relied on their discovery of the three-dimensional shape of the mitral valve.

In the current study, detailed DNA analysis of the affected members of that family identified two rare mutations in DCHS1, a chromosome 11 gene previously studied in fruit flies. Experiments in zebrafish led by David Milan, HMS assistant professor of medicine at Mass General and co-senior author of the paper, revealed that inactivation of an analogous gene led to significant defects in the development of the heart at the site corresponding to the mitral valve. These defects could be prevented by the introduction of the normal copy of the human DCHS1 gene but not the mutated version.

Based on those findings, the Mass General team sought to collaborate with other groups studying mitral valve prolapse in order to determine whether the same mutations had a role in other families with the condition. A major grant from the Leducq Foundation enabled the formation of a network consisting of 11 centers in the U.S. and four European countries. Analysis of DNA from those centers identified two French families in which mitral valve prolapse was caused by another DCHS1 mutation.

Further experiments in cells indicated that mutations associated with mitral valve prolapse significantly reduced the expression of the DCHS1 protein, which helps organize how cells are patterned into tissues.

Co-senior author Russell Norris and his team at the Medical University of South Carolina analyzed the development of mice in which one copy of the DCHS1 gene was mutated, as it is in affected family members. Their findings revealed that the gene plays a critical role in the proper formation of the mitral valve, the first evidence for the gene’s role in cardiac development, and that the mutation led to mitral valve changes resembling the human disease.

“This discovery required the cooperation of multiple disciplines and teams—ranging from clinical cardiology and ultrasound diagnostics to classical genetics, screening of potential mutations in zebrafish and functional studies in our mouse models,” said Levine.

Milan added, “As a follow-up, this same international network has been seeking other genes that cause mitral valve prolapse across the population, which should point us to common pathways that could be targets of therapies designed to prevent progression into symptomatic disease.”