HMS researchers at McLean Hospital look at role of EphB 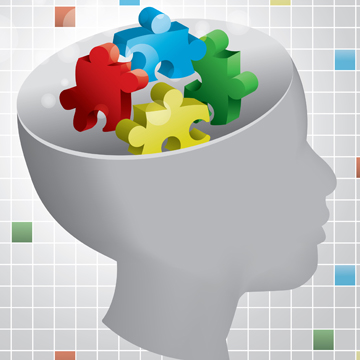 Harvard Medical School researchers at McLean Hospital have found that a gene family linked to autism, EphB, is essential for proper brain wiring during development. The findings suggest that the abnormal brain wiring that results from mutations in this gene family could contribute to autism symptoms.

“Using animal models, we were able to see that EphB is required for normal brain development. Mutations in EphB that compromise its function led to abnormal connections between key brain regions involved in processing of sensory information,” said Christopher Cowan, HMS associate professor of psychiatry at McLean Hospital.

The findings were reported by McLean Hospital researchers and collaborators in the Proceedings of the National Academy of Sciences on Jan. 22, 2014.

Recent genetic analysis had revealed an EphB gene as a new candidate risk factor for human autism, so investigators targeted the gene in animals to assess its role in the proper development of communication networks between the thalamus and the cortex, the regions of the brain responsible for processing information from the senses, such as touch and hearing. 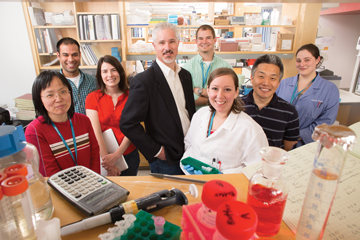 “Some individuals with autism show abnormalities in sensory perception and processing, including touch, sound and vision,” Cowan explained.

“We found that EphB genes are essential for normal wiring of at least two key parts of the brain that process sensory information, particularly regions involved in touch and sound,” Cowan said. “Our findings suggest that defects in early brain wiring might underlie at least some of the sensory-associated symptomsfound inindividuals with autism spectrum disorders.”

Future work, supported in part by the Simons Foundation Autism Research Initiative, seeks to extend these findings to better understand the relationship between EphB genes and the risk for developing autism. Understanding the underlying causes of autism may help in the development of effective treatments.