The Frontier of Science

The Blavatnik Institute at Harvard Medical School was formally dedicated before a crowd of several hundred people in the Tosteson Medical Education Center on Feb. 5, as global industrialist and philanthropist Len Blavatnik was thanked in person for the transformative $200 million commitment the Blavatnik Family Foundation made to the School last fall.

“This momentous gift will enable us to accelerate the pace of therapeutic discovery at HMS and advance initiatives aimed at solving some of humanity’s most acute biomedical challenges,” said Daley at the ceremony. “It will help empower our work in service to the world through research that stimulates the development of new knowledge, new therapies and new tools to diagnose and prevent disease.”

Blavatnik, a 1989 graduate of Harvard Business School, said his Harvard education contributed to his success in business and he was happy to give back to the School—not only because of the personal attachment he has to Harvard but also because he sees the commitment as a wise investment in the future.

“One of the lessons from business I acquired is that if you invest in the best people, you will probably get better than average results. You might get the best results,” Blavatnik said. “I am making a bet, which actually I think is a safe bet, that by helping the most talented academics, researchers and scientists that are here, the results will not only be above average but hopefully outstanding.”

Blavatnik added that investing in education is especially important to him because of his own upbringing in a family of academics. His father was a chemistry professor and his mother taught electrical engineering, he said; his first degree was in computer science.

“So, I always felt that science is really what moves this society forward. The technology, the progress of technology, is what really changes people’s lives,” he said. “Now, obviously, medical technology is the frontier of science today.”

Bacow said the Blavatnik gift enables the future discoveries that promise to improve the world for all humanity.

“Harvard did not build itself. It exists because our predecessors were willing to invest their time and their resources to create the institution that we see today,” Bacow said. “I want to thank Len and his foundation because they are very tangibly contributing to a long tradition … of each generation supporting the next, each generation working to enable the next generation to have the same kind of opportunity to make the world a better place.”

Wilson, who was in the first class of recipients of the Blavatnik National Award for Young Scientists in the Life Sciences, said she felt the gift is a recognition of “the excellence of the science that goes on here every day,” and that with this recognition comes a heightened sense of responsibility. She added that support of this magnitude affords HMS scientists greater freedom to take risks.

“I think it’s really important to realize that excellence in science requires thoughtful, intelligent risk taking, but risky projects are often difficult to fund. You can’t get a federal grant to do a risky project and that creates a kind of perverse incentive to work on small problems rather than big problems,” Wilson said.

She added that Blavatnik’s support has given her lab the freedom to take those risks and, as a result, her team has made discoveries that wouldn’t have been possible without it. Those new discoveries, she said, have led to new federal funding which, in turn, has made new projects and new questions possible.

“That’s the kind of virtuous cycle that really gives us enthusiasm and optimism about our ability to do science in the future,” she said.

Summers said the new discoveries made at HMS are what is making this “the century of the biomedical and life sciences,” and he said the work enabled by the Blavatnik Family Foundation's generosity will be transformative.

It’s likely that because of today’s scientific research and discoveries, Summers said, his future grandchildren will “have an even-money chance of living to be 100,” and that illnesses such as cancer will likely become chronic conditions rather than fatal diseases.

He said the Blavatnik funding will support new ideas and discovery “but it is ultimately their application to change people’s lives that makes the biggest difference.”

Following the formal dedication, David Corey, the HMS Bertarelli Professor of Translational Medical Science, echoed Wilson’s remarks, saying the new support will enable promising research that can lead to more federal funding. “We can do things that we would never have attempted otherwise,” he said.

Becky Ward, executive director in the Department of Systems Biology in the Blavatnik Institute, said it was encouraging to know that the work of the School’s basic and social science departments is so well understood and appreciated.

“This will give everybody the ability to look beyond what we know we can do and ask, can we do more?” said Ward.

In her prepared remarks during the ceremony, Wilson underscored that optimism, saying the gift will spur a new era of discovery at HMS.

“I think every scientist here has a dream experiment they want to do,” Wilson said. “So, the vision is here, and the drive is here. The expertise is here. And I think part of what’s wonderful about this gift is that it will help us take a step toward doing our dream experiments.” 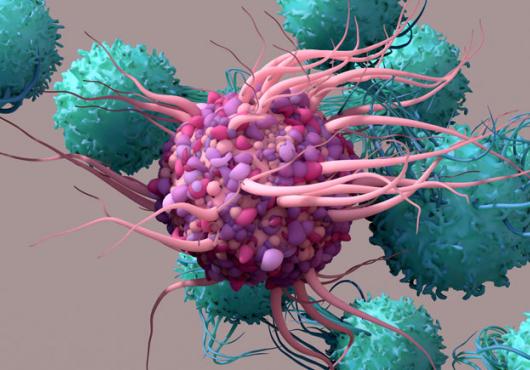