A First in Medical Robotics

Surgeons have used robots operated by joysticks for more than a decade, and teams have shown that tiny robots can be steered through the body by external forces such as magnetism.

As reported April 24 in Science Robotics, the catheter found its way along the walls of a beating, blood-filled heart to a leaky valve in an animal model, without a surgeon’s involvement.

Senior investigator Pierre Dupont, professor of surgery at HMS and chief of pediatric cardiac bioengineering at Boston Children’s, believes this is the first instance of autonomous navigation inside an organism.

If the robotic catheter or future iterations prove safe and effective in humans, the device could eliminate the need for fluoroscopic imaging in these types of valve repairs, which exposes patients to ionizing radiation, Dupont said.

Dupont hopes the self-driving robots will one day free surgeons to focus on the most difficult maneuvers, ultimately improving patient outcomes.

Consider the analogy of a fighter pilot and a fighter plane, he said. “The fighter plane takes on the routine tasks like flying the plane, so the pilot can focus on the higher-level tasks of the mission.”

The catheter navigated using an optical touch sensor developed in Dupont’s lab, informed by a map of the cardiac anatomy and preoperative scans.

The sensor uses artificial intelligence and image processing algorithms to enable the catheter to figure out where it is in the heart and where it needs to go.

For the demo, the team performed a technically demanding procedure known as paravalvular aortic leak closure, which repairs replacement heart valves that have begun leaking around the edges. (The team constructed its own valves for the experiments.) Once the robotic catheter reached the leak location, an experienced cardiac surgeon took control and inserted a plug to close the leak.

In repeated trials in swine, the robotic catheter successfully navigated to heart valve leaks in roughly the same amount of time as a surgeon using either a hand tool or a joystick-controlled robot.

Through a navigational technique called wall following, the catheter’s sensor sampled its environment at regular intervals, in much the way insect antennae or rodent whiskers sample their surroundings to build mental maps of unfamiliar, dark environments.

The sensor told the catheter through images from a tip-mounted camera whether it was touching blood, the heart wall or a valve, as well as how hard it was pressing, to keep it from damaging the beating heart.

Data from preoperative imaging and machine learning algorithms helped the catheter interpret visual features. In this way, the catheter advanced by itself from the base of the heart, along the wall of the left ventricle and around the leaky valve until it reached the location of the leak. 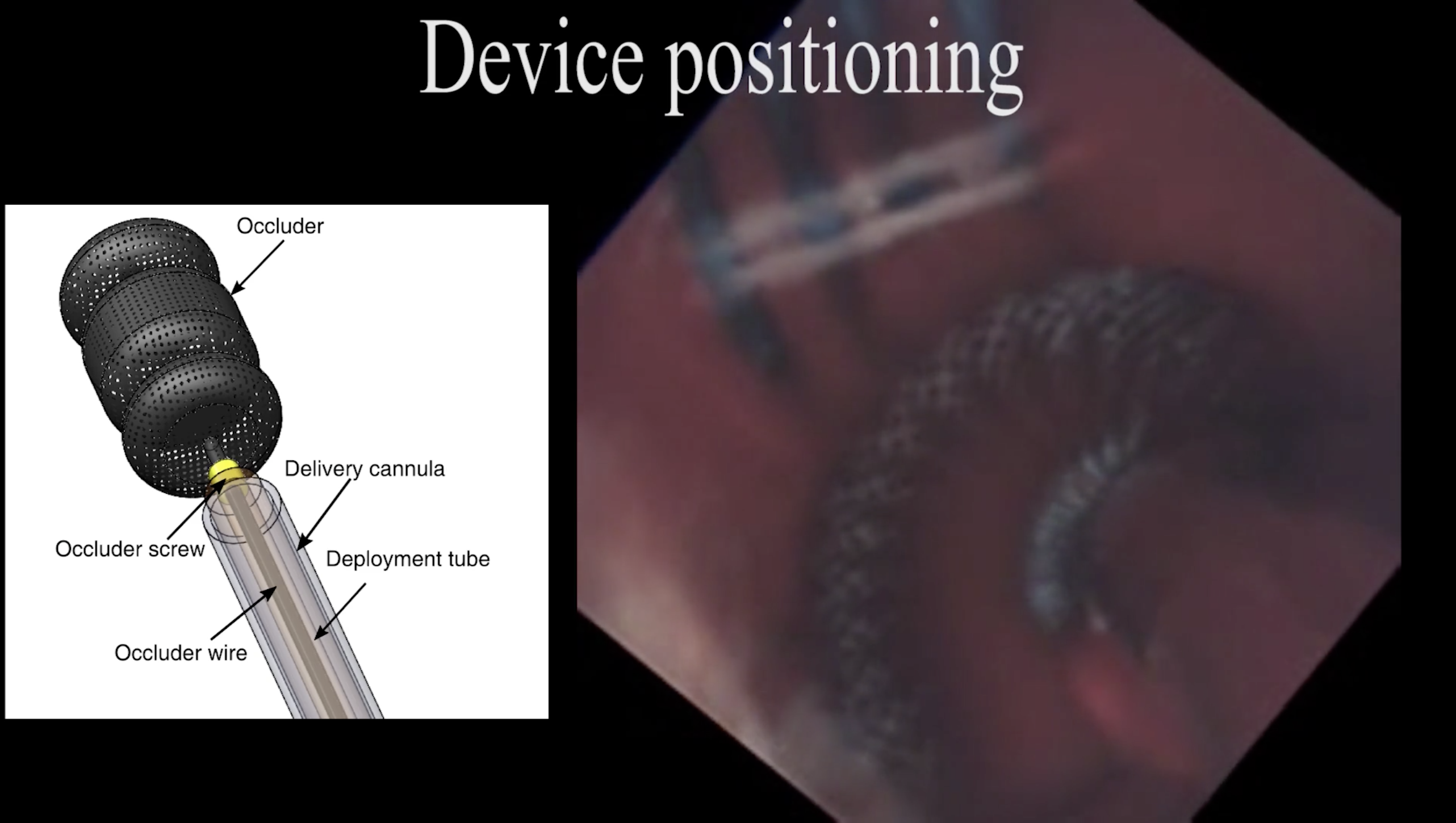 Follow the point of view of an autonomous catheter as it navigates to a paravalvular leak, after which a human operator deploys a plug to stop the leak. Video: Fagogenis G, et al/Science Robotics

Though the autonomous robot took a bit longer than the surgeon to reach the leaky valve, its wall-following technique meant that it took the longest path.

“The navigation time was statistically equivalent for all, which we think is pretty impressive given that you’re inside the blood-filled beating heart and trying to reach a millimeter-scale target on a specific valve,” said Dupont.

A vision of the future?

As the U.S. Food and Drug Administration begins to develop a regulatory framework for AI-enabled devices, Dupont envisions the possibility of autonomous surgical robots all over the world pooling their data to continuously improve performance over time, much as self-driving vehicles in the field send their data back to the manufacturer to refine its algorithms.

“This would not only level the playing field, it would raise it,” said Dupont. “Every clinician in the world would be operating at a level of skill and experience equivalent to the best in their field. This has always been the promise of medical robots. Autonomy may be what gets us there.”

Georgios Fagogenis, HMS research fellow in surgery at Boston Children’s, was first author on the paper.

The study was funded by the National Institutes of Health (R01HL124020), with partial support from the ANR/Investissement d’avenir program.