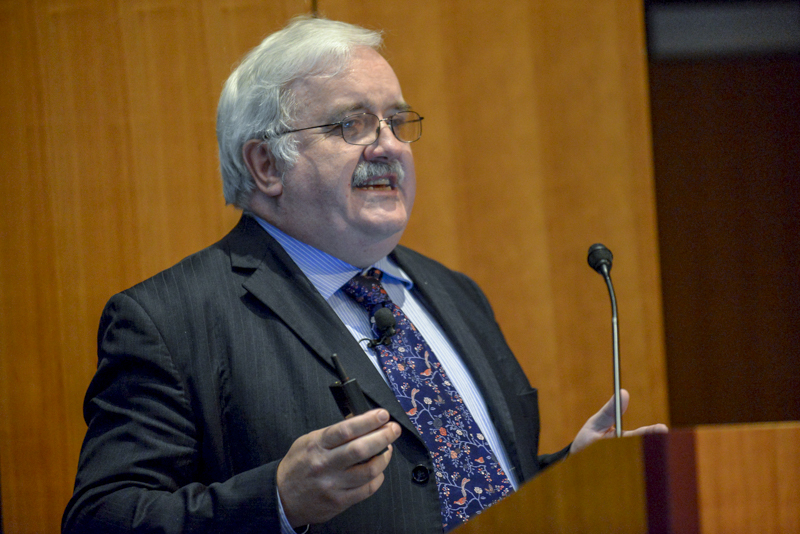 There’s general agreement that an overall decline in physical activity and greater availability of cheap, high-calorie foods are driving the increase in obesity that has alarmed much of the world.

“However, if we live in an obesogenic environment, why isn’t everybody fat?” asked Stephen O’Rahilly, professor of clinical biochemistry and medicine at the University of Cambridge and the featured speaker at the 2015 Edward K. Dunham Lectureship for the Promotion of the Medical Sciences at Harvard Medical School.

“There’s really only two broad explanations: Either the lean people are biologically different or they’re morally superior,” he said in the first of two 60-minute talks on human obesity and insulin resistance.

Not long ago, the second theory held sway, but thanks in large part to research by O’Rahilly and his colleagues, it has become clear that an individual’s susceptibility to becoming obese or remaining lean depends more on genetics than on willpower.

“Steve is not just a great scientist, he’s a great scientist who’s changed the way we view an important clinical and social problem: human obesity,” said Cliff Tabin, George Jacob and Jacqueline Hazel Leder Professor of Genetics and chair of the Department of Genetics at HMS, who introduced O’Rahilly’s lectures in the Martin Conference Center Amphitheatre on April 6 and 7.

“His pioneering research first established that mutations in single genes, genes that turned out to be involved in controlling appetite, could result in severe human obesity,” said Tabin. “It’s really due to Steve’s work that we now view obesity as a neurobehavioral disorder, one with neurological roots deep in the brain.” 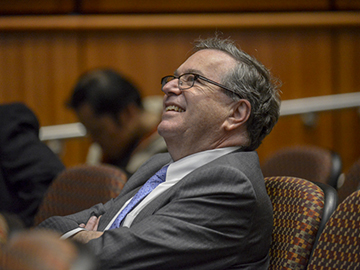 At the start of the lectures, Jeffrey S. Flier, dean of the Faculty of Medicine at Harvard University, fondly recalled the time O’Rahilly spent as a fellow in Flier’s lab at what is now Beth Israel Deaconess Medical Center.

“There we began to share an interest in the study of unusual and extreme clinical syndromes as a way to probe physiology, genetics and disease,” said Flier. “This is an approach that Steve has taken to a remarkable level of accomplishment over the past 25 years.”

O’Rahilly’s Dunham lectures were entitled “Human Obesity as a Neurobehavioral Disorder: Lessons from Human Genetics” and “Mechanisms of Human Insulin Resistance”—or, as he put it, “Why are some people fat and some not?” and “When you get fat, why do you get sick?”

The standard equation still holds true, O’Rahilly said in his first lecture: Body weight equals energy in minus energy out. It’s just that the variables are more complex than they seem.

In the last few decades, O’Rahilly and other researchers have identified genetic mutations that contribute to obesity by influencing “energy in,” often by increasing a person’s appetite. Most of these genes directly affect the brain and central nervous system.

Some studies are also beginning to uncover genetic variants that appear to lower a person’s natural rate of energy expenditure, he said.

O’Rahilly walked audience members through a brief history of studies that shifted thinking about obesity from “a series of poor life choices” to a biomedical problem. He described the value of studying rare, extreme, single-gene disorders as well as more common variants.

O’Rahilly described a gradual shift in average body weight over 85,000 years of human history as the risk of humans being eaten dropped and the availability of affordable food rose.

In today’s environment, he said, “We can all reach our obesity potential.” 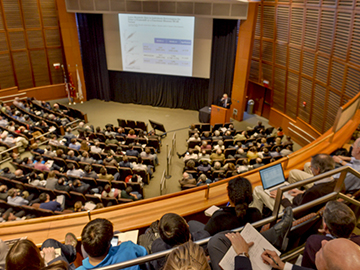 Pointing to the ongoing discovery of genes that cause severe obesity, he explored the ways in which genetic research is just beginning to inform better diagnosis, prognosis, drug treatment and risk prediction for the health complications of obesity and related metabolic diseases in children and adults.

He closed by comparing obesity to high blood pressure, which took researchers many decades to understand at a molecular level and then to develop cheap and effective drugs.

“I believe it will take a combination approach of strong public health measures based on prevention, and the selective use of safe and effective drugs that correct energy imbalance and promote the safe storage of excess calories,” he said. “Doing that will require a deeper understanding of the control of energy balance and the link between obesity and its adverse outcomes.”

How does obesity lead to metabolic disease? That’s the big question, and the answer is not obvious, O’Rahilly said in his second lecture.

He focused on the few insights genetic studies have provided about the causes and molecular pathways of insulin resistance.

Patients with rare mutations are helping doctors understand the ways in which severe insulin resistance may or may not be linked to other symptoms of metabolic syndrome, he said.

He then raised a provocative idea to explain such counterintuitive discoveries.

The old idea, he said, is that a “big, bad fat cell” becomes inflamed and releases cytokines that cause paracrine and endocrine problems throughout the body.

Instead, he said, perhaps “your big fat cell isn’t your enemy, it’s your best friend.” 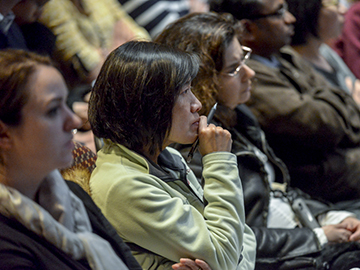 In O’Rahilly’s opinion, fat cells do us good by holding our extra “energy in” when we don’t have an equal amount of “energy out.” It’s when we exceed our fat’s storage capacity that trouble starts, he proposed. Excess energy starts spilling over into the liver and skeletal muscle, leading to health problems.

Other observations support this idea. O’Rahilly pointed out that despite what mouse models might indicate, obesity-related genes in humans are not associated with the immune system.

Scientists studying obesity, insulin resistance and related metabolic disorders still need to put many more puzzle pieces in place. O’Rahilly said he continues to pursue research in several directions, including disorders of enhanced insulin signaling; he believes researchers can learn much about a disease by studying its opposite.

In the question and answer period that followed his lectures, O’Rahilly deftly fielded inquiries about a range of obesity-related observations at both the molecular and population scales, but for some questions he could only shrug and speculate.

“It’s hard to tell the story until it’s complete,” he said.

The Dunham Lecture Series was inaugurated at HMS in 1923, established by Mary Dows Dunham in honor of her late husband, Edward Kellogg Dunham (Harvard Class of 1886), to strengthen the bonds of fellowship and understanding among students, investigators and faculty within the medical and basic sciences for the purpose of advancing medical science in the broadest sense.

Twenty-eight of the 79 biomedical researchers who have been honored with a Dunham lectureship have been Nobel laureates.