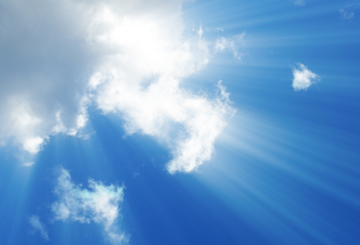 Religious coping can significantly improve treatment outcomes for individuals receiving short-term treatment for psychiatric illness, according to Harvard Medical School researchers at McLean Hospital. The finding, published in the Nov. 30 issue of Psychiatry Research, is the result of an investigation by David H. Rosmarin, an HMS instructor and a clinician in the Department of Psychiatry at McLean, and colleagues of the relationship between the suicidality of psychotic patients who used religious coping versus those who did not.

“The outcomes suggest that people who use negative religious coping, such as thinking that God is punishing them or that the devil is behind their condition, were at greater risk for suicide prior to treatment,” said Rosmarin. “However, people who use positive religious coping techniques, such as prayer and acceptance of “God’s plan,” performed significantly better in short-term psychiatric treatment than those who do not use it.”

The researchers examined 47 individuals at the Behavioral Health Partial Hospital Program at McLean who had been recruited over a one-year period. Each participant completed measures of religious involvement, religious coping and suicidality prior to treatment. Psychosis, depression, anxiety and psychological well-being were assessed over the course of treatment.

Although the role religion played in the participants’ lives varied—8 percent referred to themselves as very religious and 20 percent identified themselves as religious—nearly 85 percent of the participants indicated they used spirituality in some way as a coping mechanism for dealing with their illness or stress.

“We were surprised to find that religious coping was so common in our sample, even among those who are not themselves religious in any way,” said Rosmarin. “This is one of the first studies looking at religious coping among psychiatric patients and we are hopeful that this will lead to further study of religion and spirituality with larger samples.”

Funding for this study was provided by the Gertrude B. Nielsen Charitable Trust.