Eyeing the Storm in Sepsis 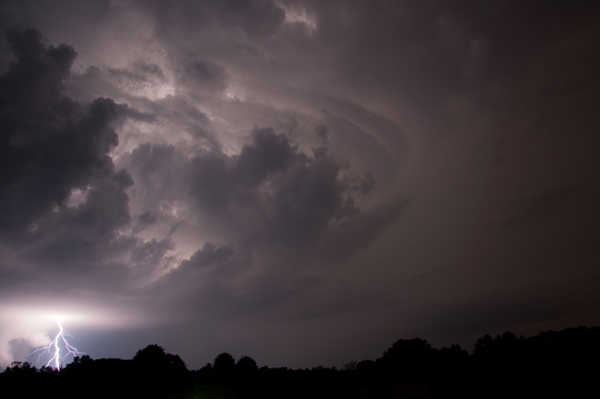 A new study finds that interleukin-3 (IL-3), an inflammatory factor most associated with allergic reactions, appears to have an important role in the overwhelming, life-threatening immune reaction called sepsis.

In the March 13 issue of Science, Harvard Medical School investigators at Massachusetts General Hospital report that IL-3 is essential to the development of sepsis in a mouse model of the condition. They also discovered that IL-3 levels in human patients with sepsis are higher in those at greater risk of dying.

“Sepsis is an extremely dangerous condition that claims up to a half million lives in the U.S. every year and millions worldwide,” said Filip Swirski, HMS associate professor of radiology at Mass General and senior author of the study. “Our study shows that, in response to infection, IL-3 promotes the production of inflammatory monocytes and neutrophils—immune cells that are sources of the so-called cytokine storm that underlies sepsis.”

Sepsis occurs when the immune system overreacts to an infection or injury, producing excessive levels of cytokines, signaling molecules that attract immune cells. Elevated levels of those cells secrete more cytokines, and this cytokine “storm” recruits even more immune cells, fueling a vicious cycle. Instead of stopping the initial infection, immune factors attack the body’s tissues and organs, causing organ failure and death.

Many aspects of the mechanism behind sepsis are poorly understood. IL-3 is known to contribute to the production and proliferation of several types of white blood cells—including those that produce factors involved in the cytokine storm—leading Swirski’s team to investigate IL-3’s potential involvement in sepsis.

First, they showed in a mouse model of sepsis that the absence of IL-3 both prevented the development of sepsis and reduced the production of sepsis-associated immune cells and cytokines. They also found that injecting IL-3 into mice in which expression of the factor had been knocked out restored their susceptibility to sepsis. Blocking the interaction between IL-3 and its receptors on immune cells reduced the production of sepsis-associated factors.

A search for the source of sepsis-inducing IL-3 revealed that it was produced by innate response activator B cells in the spleen, thymus and lymph nodes, cells that were first identified by Swirski’s team in a 2012 Science paper. Those cells, called IRA B cells, also produce the growth factor GM-CSF. Without IRA B cell-derived GM-CSF, animals in which sepsis was induced died faster and in greater numbers than control animals.

But while GM-CSF protected against sepsis in the earlier study, IL-3 generated by the same cell population increased production of inflammatory cytokines that aggravate sepsis in the current investigation—an observation that reflects the delicate balance of immune reactions required to defend against infection without inflicting the damage that leads to sepsis.

To confirm that results observed in their mouse model reflect what could happen in human patients, the researchers analyzed blood samples from 60 sepsis patients involved in a previous study and found that IL-3 levels during the first 24 hours after the onset of sepsis were higher in patients who eventually died. The investigators prospectively measured levels of IL-3 and monocytes in another group of 37 patients being treated for sepsis, finding that the onset of sepsis was accompanied by a rapid increase in cytokine levels and that patients with the highest IL-3 levels were most likely to die.

“Questions have been raised about how well mouse models of sepsis mirror the human disease, but our study shows that the role of IL-3 we discovered in mice is also important in human patients,” Swirski said. “Since even seemingly healthy people have some level of IL-3 in their blood, it will be important to investigate whether those with higher levels are at greater risk of sepsis and other complications of infection and whether targeting IL-3 and the pathways it controls could be a treatment for sepsis.

“Overall we need a better understanding of what IL-3 does in sepsis and in other infectious and noninfectious diseases,” Swirski said. “We currently are investigating whether IL-3 is involved in what is called the suppressive phase of sepsis, which can follow the initial inflammatory phase and put patients at risk of developing secondary infections.”