Pseudogenes in the human genome may lead to cancer development 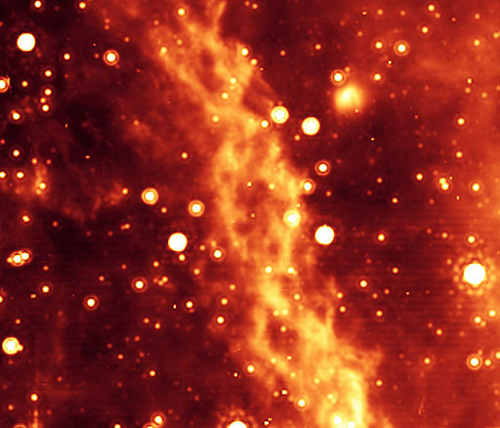 Pseudogenes, a subclass of long noncoding RNA (lncRNA) that developed from the human genome’s 20,000 protein-coding genes but has lost the ability to produce proteins, have long been considered nothing more than genomic “junk.”

Yet the retention of these 20,000 mysterious remnants during evolution suggests that they may in fact possess biological functions and contribute to the development of disease. 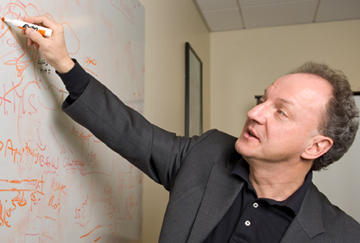 Now, a team led by investigators at Harvard Medical School and the Cancer Center at Beth Israel Deaconess Medical Center has provided some of the first evidence that one of these noncoding “evolutionary relics” actually has a role in causing cancer.

In a new study published in the journal Cell on April 2, the scientists report that, independent of any other mutations, abnormal amounts of the BRAF pseudogene led to the development of an aggressive lymphoma-like disease in a mouse model, a discovery suggesting that pseudogenes may play a primary role in a variety of diseases.

The new discovery also suggests that with the addition of this vast “dark matter” the functional genome could be tremendously larger than previously thought—three or four times its current known size.

“Our mouse model of the BRAF pseudogene developed cancer as rapidly and aggressively as it would if you were to express the protein-coding BRAF oncogene,” explained senior author Pier Paolo Pandolfi, the HMS George C. Reisman Professor of Medicine and co-founder of the Institute for RNA Medicine in the Cancer Center at Beth Israel Deaconess.

"In the past, we have found noncoding RNA to be overexpressed, or misexpressed, but because no one knew what to do with this information, it was swept under the carpet. Now we can see that it plays a vital role. We have to study this material, we have to sequence it and we have to take advantage of the tremendous opportunity that it offers for cancer therapy,” Pandolfi said.

The new discovery hinges on the concept of competing endogenous RNAs (ceRNA), a functional capability for pseudogenes first described by Pandolfi almost five years ago when his laboratory discovered that pseudogenes and other noncoding RNAs could act as decoys to divert and sequester tiny pieces of RNA, known as microRNAs, away from their protein-coding counterparts to regulate gene expression.

In this new paper, the authors wanted to determine whether this same ceRNA “cross talk” took place in a living organism and whether it would result in similar consequences.

“We conducted a proof-of-principle experiment using the BRAF pseudogene,” explained first author Florian Karreth, who conducted this work as a postdoctoral fellow in the Pandolfi laboratory.

“We investigated whether this pseudogene exerts critical functions in the context of a whole organism and whether its disruption contributes to the development of disease,” Karreth said.

The investigators focused on the BRAF pseudogene because of its potential ability to regulate the levels of the BRAF protein, a well-known proto-oncogene linked to numerous types of cancer.

In addition, said Karreth, the BRAF pseudogene is known to exist in both humans and mice.

The investigators began by testing the BRAF pseudogene in tissue culture. Their findings demonstrated that when overexpressed, the pseudogene did indeed operate as a microRNA decoy that increased the amounts of the BRAF protein.

This, in turn, stimulated the MAP-kinase signaling cascade, a pathway through which the BRAF protein controls cell proliferation, differentiation and survival and which is commonly found to be hyperactive in cancer.

When the team went on to create a mouse model in which the BRAF pseudogene was overexpressed, they found that the mice developed an aggressive lymphoma-like cancer.

Similar to their findings in their cell culture experiments, the investigators found that the mice overexpressing the BRAF pseudogene displayed higher levels of the BRAF protein and hyperactivation of the MAP kinase pathway, which suggests that this axis is indeed critical to cancer development.

They confirmed this by inhibiting the MAP kinase pathway with a drug that dramatically reduced the ability of cancer cells to infiltrate the liver in transplantation experiments.

Both of these mouse models developed the same lymphoma phenotype as the mice overexpressing the full-length pseudogene, a result that the authors described as “absolutely astonishing.”