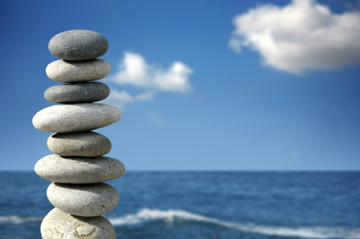 In a study examining the impact of a parity policy for mental health insurance benefits, researchers have concluded that parity had a different impact on spending and service utilization for enrollees with illnesses that are more severe and chronic. As a result of the parity policy, individuals seeking treatment for major depression or bipolar disorder had lower out-of-pocket spending, despite no significant difference in the amount of behavioral health services they used. However, individuals with adjustment disorder (a less severe, acute illness) had lower spending, in part because they also received fewer psychotherapy services after the parity policy was implemented.

The researchers compared behavioral health treatment use and spending before and after the Federal Employees Health Benefits (FEHB) program implemented parity (2000 and 2002, respectively) for two groups—19,094 FEHB enrollees diagnosed in 1999 with bipolar disorder, major depression, or adjustment disorder and 10,521 privately insured enrollees unaffected by the policy. The results were published in the February issue of the American Journal of Psychiatry.

The study was led by Alisa Busch, director of integration of clinical measurement and health services research at McLean Hospital and assistant professor of psychiatry and health care policy at Harvard Medical School.

“The primary goal of insurance is to provide financial protection for individuals,” Busch said. “However, benefit limits work against that because they mean that persons with more severe or chronic conditions who use the most services encounter those limits more often and are therefore at a greater risk of financial loss due to health care utilization.”

According to Busch, parity in the FEHB was successful in offering greater financial protection for patients with the more severe illnesses.

“Did parity provide more financial protection for individuals with more severe and chronic illnesses? Yes, for these individuals, we determined that total out-of-pocket spending for consumers went down as a result of parity. The overall average savings—$148 annually for individuals with bipolar disorder and $100 for those with major depression—was not a large amount, but it does provide some additional financial protection,” said Busch. “We also noted that the level of use of services remained predominantly unchanged for these individuals.”

According to the authors, the utilization findings are consistent with the theory that health plans responded to parity by increasing the mental health benefit management to control service use increases that might otherwise accompany benefit expansion.

“Concerns about spending increases following benefit expansion under parity were unfounded, consistent with earlier research conducted on FEHB parity policy,” noted Busch. “We are not able to separate out the effects of parity from changes in health plan care management, but we suspect that our utilization findings are likely the result of an increase in benefit management, applied differentially to individuals in treatment for different conditions, that occurred alongside implementation of parity. This selective management of the benefit also suggests that health plans were including medical necessity considerations in these decisions.”

The authors also note that their study was unable to look at actual patient clinical outcomes.

According to the authors, further studies are needed to examine whether or how behavioral health care management changes, given the restrictions on benefit management under the MHPAEA, and the resulting impact on utilization and outcomes.