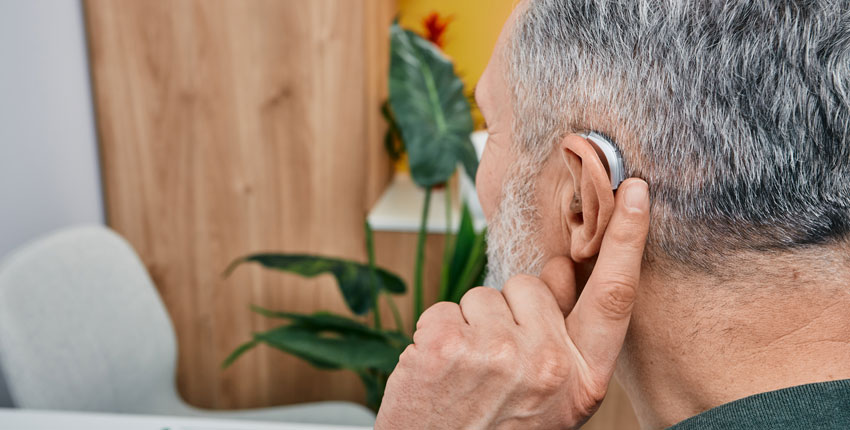 Researchers from Mass Eye and Ear have developed a word-score model capable of estimating the amount of hidden hearing loss in human ears.

In a new study published June 23 in Scientific Reports, a team of Harvard Medical School researchers at Massachusetts Eye and Ear’s Eaton-Peabody Laboratories determined average speech scores as a function of age from the records of nearly 96,000 ears examined at Mass Eye and Ear.

They then compared the data to a previous study at Mass Eye and Ear that had tracked the average loss of cochlear nerve fibers as a function of age. By combining both sets of data, researchers constructed an estimate of the relation between speech scores and nerve survival in people.

According to lead study author Stéphane Maison, HMS associate professor of otolaryngology head and neck surgery and a principal investigator of the Eaton-Peabody Laboratories at Mass Eye and Ear, the new model leads to better evaluations of the cochlear nerve damage in patients and the associated speech-intelligibility deficits that come with the neural loss.

The model also offers ways to estimate the effectiveness of hearing loss interventions, including the use of personal sound amplification products and hearing aids.

“Prior to this study, we could either estimate neural loss in a living patient using a lengthy test battery or measure cochlear nerve damage by removing their temporal bones when they’ve died,” said Maison.

“Using ordinary speech scores from hearing tests—the same ones collected in clinics all over the world—we can now estimate the number of neural fibers that are missing in a person’s ear.”

Two main factors determine how well a person can hear: audibility and intelligibility. Hair cells, the sensory cells inside the inner ear, contribute to the audibility of sounds—or how loud a sound must be to be detectable.

For years, scientists and clinicians believed hair-cell deterioration was the primary cause of hearing loss and that cochlear nerve damage was widespread only after the hair cells were destroyed. Audiograms, long considered the gold standard of hearing exams, provide information about the health of hair cells.

Because it was believed nerve loss was secondary to hair-cell loss or dysfunction, patients with a normal audiogram were given a clean bill of health despite reporting difficulties hearing in noisy environments. Experts now understand why the audiogram does not assess the health of the auditory nerve.

“This explains why some patients who report difficulties understanding a conversation in a busy bar or restaurant may have a ‘normal’ hearing exam. Likewise, it explains why many hearing aid users who receive amplified sounds still struggle with intelligibility of speech,” Maison said.

In 2009, M. Charles Liberman, the Harold F. Schuknecht Professor of Otology and Laryngology at HMS, and Sharon Kujawa, HMS professor of otolaryngology head and neck surgery, both principal investigators in the Eaton-Peabody Laboratories, upended the way scientists thought about hearing when they uncovered hidden hearing loss.

Their findings revealed that cochlear nerve damage preceded hair cell loss as a result of aging or noise exposure and suggested that, by not providing information about the cochlear nerve, audiograms were not actually assessing the full extent of damage to the ear.

In this study, Maison and his team used a speech-intelligibility curve to predict what an individual’s speech score should be based on their audiogram. They then measured the differences between the predicted word recognition scores and the one obtained during the patient’s hearing evaluation.

Since the list of words was presented at a level well above the patient’s hearing threshold—where audibility is not an issue—any difference between the predicted and the measured score would have reflected deficits in intelligibility, Maison explained.

After considering a number of factors, including the cognitive deficits that may accompany aging, the researchers argued that the size of these discrepancies reflected the amount of cochlear nerve damage, or hidden hearing loss, a person had.

They then applied measures of neural loss from existing histopathological data from human temporal bones to build a predictive model based on a standard hearing exam.

The findings confirmed an association between poorer speech scores and larger amounts of cochlear nerve damage.

For example, the worst scores were found in patients with Ménière’s disease, consistent with temporal bone studies showing a dramatic loss of cochlear nerve fibers.

Meanwhile, patients with conductive hearing loss and drug-induced and normal age-related hearing loss—those with the least amount of cochlear nerve damage—exhibited only moderate or small discrepancies.

More than 1.5 billion people live with some degree of hearing loss, according to the World Health Organization. Some of those individuals may not qualify as candidates for traditional hearing aids, particularly if they present with a mild to moderate high-frequency hearing loss.

Knowing the extent of the neural damage should inform clinicians about the best ways to address a patient’s communication needs and offer appropriate interventions other than the use of effective communication strategies.

By identifying which patients are most likely to have higher amounts of cochlear nerve damage, Maison believes this model could help clinicians assess the effectiveness of traditional and newer sound amplification products.

The researchers also hope to introduce new audiometric protocols to further refine their model and offer better interventions by evaluating word performance scores in noisy, as opposed to in quiet, environments.

This study was supported by the National Institutes of Health (NIDCD P50-DC015857).

Two biomarkers of brain function can measure the ability to follow conversations in noisy... 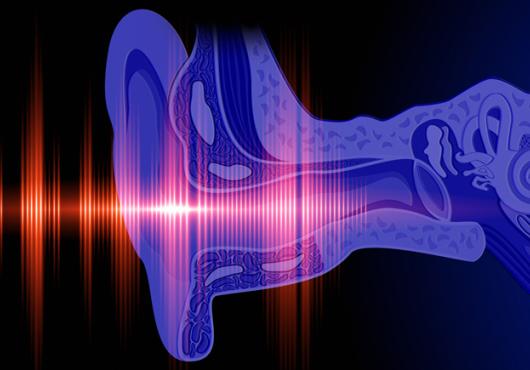