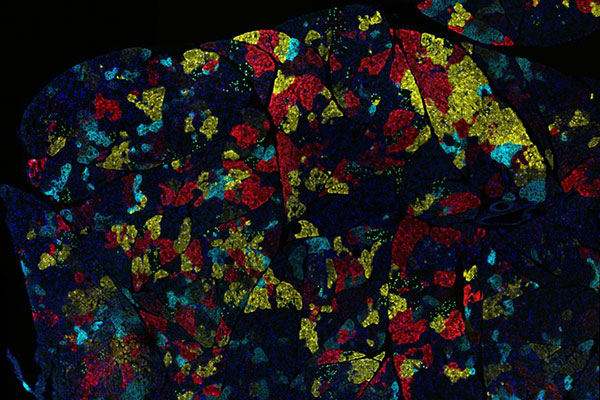 Cancer therapies including radiation and chemotherapy seek to treat the disease by killing tumor cells.

In a study published in the Journal of Experimental Medicine, the team has illuminated the mechanism by which tumor cell death can drive primary tumor growth and metastasis.

Moreover, the scientists also demonstrated that this unintended consequence of cancer treatment can be halted by resolvins, a family of molecules naturally produced by the human body. The findings represent a novel treatment approach to preventing tumor growth and recurrence.

“In this study we demonstrate that chemotherapy-generated debris from dead and dying tumor cells can stimulate tumor growth, which has pivotal implications for the treatment of cancer patients,” said senior author Dipak Panigrahy, HMS assistant professor of pathology at Beth Israel Deaconess. “Conventional cancer therapy designed to kill tumor cells is inherently a double-edged sword.”

The findings are consistent with clinical observations on radiation-generated debris dating back to the 1950s, but until now, few studies investigated the molecular mechanisms underlying the phenomenon.

In these studies, Panigrahy, a scientist at the Cancer Center at Beth Israel Deaconess, and colleagues—including lead author Megan Sulciner of Beth Israel Deaconess, Charles Serhan, the HMS Simon Gelman Professor of Anaesthesia at Brigham and Women’s Hospital, Mark Kieran, HMS associate professor of pediatrics at Dana-Farber Cancer Institute, and Sui Huang of the Institute for Systems Biology in Seattle—injected debris from tumor cells killed by chemotherapy into animal models.

Thirteen months later, the tumor cell debris alone had produced no visible tumors. However, when the researchers co-injected tumor cell debris together with as few as 100 living cancer cells that would not have resulted in cancer by themselves, the combination promoted rapid tumor growth.

The researchers’ further analysis revealed that chemotherapy-killed cancer cells promote growth when a lipid molecule exposed on the surface of dead and dying cells triggers the release of cytokines, proteins that regulate the body’s immune and inflammatory response.

The resulting “cytokine storm” in the tumor’s microenvironment in turn sets the stage to promote new tumor growth.

“This protumor activity could fuel a positive feedback loop that is difficult to overcome with more aggressive cytotoxic therapy like chemotherapy and radiation,” said Panigrahy. “This may explain the inherent therapeutic limit to cancer treatments available today.”

In another set of experiments, Panigrahy and colleagues attempted to block debris-stimulated tumor growth by introducing a class of anti-inflammatories produced by the human body called resolvins.

Discovered by Serhan and colleagues at Brigham and Women’s in 2002, resolvins actively turn off inflammation and stimulate a class of immune cells to digest the tumor debris left in the wake of the cytokine storm.

When the researchers administered chemotherapy and resolvins to a debris-stimulated pancreatic cancer model in mice, the combination resulted in tumor regression.

The findings open the door to a new approach to prevent cancer recurrence as well as treatment by adding resolvins to existing chemotherapy of targeted therapy regimens.

Already in clinical development as a potential treatment for other inflammatory disease including eczema, periodontal disease and various neurodegenerative disease, resolvins have proven to be nontoxic and come with minimal side effects.