People of color in the US less likely to be vaccinated than those in the UK, despite similar vaccine hesitancy 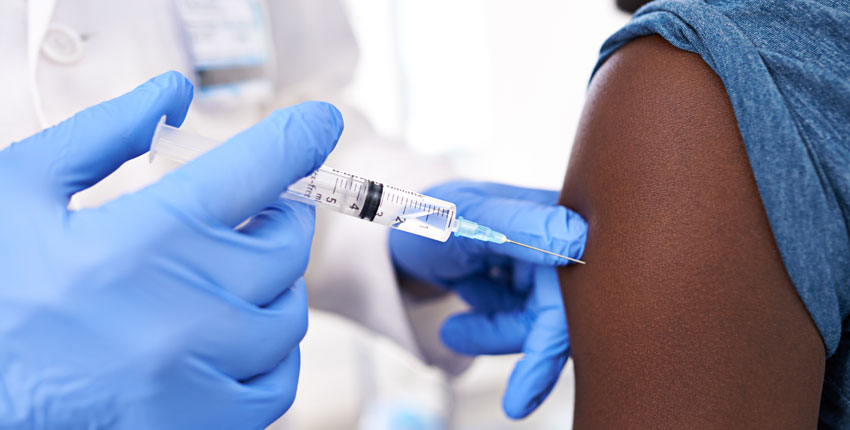 During the initial COVID-19 vaccine rollout in the United States and the United Kingdom, people who identified as racial and ethnic minorities were up to three times as likely to report being hesitant to get vaccinated, a new study in Nature Communications reveals. However, the study also found that Black people in the U.S. were less likely to receive vaccines than white people, a disparity that wasn’t present in the United Kingdom.

“Our study suggests that lack of access to the COVID-19 vaccine among minority populations in the U.S., rather than lower willingness to receive the vaccine, may have played a greater role in the racial-ethnic disparities we experienced in the early phases of the U.S. vaccination campaign,” said senior author Andrew Chan, the Daniel K. Podolsky Professor of Medicine at Harvard Medical School and Massachusetts General Hospital.

Chan and his team at Mass General collaborated with researchers at King’s College London, as well as the health science company Zoe Ltd., to launch the COVID Symptom Study in March 2020.

The study was designed to capture real-time data on COVID-19 as the pandemic unfolded. Approximately 4.7 million participants in the United States, the United Kingdom, and Sweden have reported daily information about their experiences with COVID-19 using a smartphone application.

The data have given the researchers insight on COVID-19 symptoms and risk factors related to severity of infection, as well as willingness to receive the vaccine once it became available.

“We wanted to compare attitudes toward vaccines and how racial and ethnic minorities experienced receipt of vaccination in these two countries,” Chan said, noting that the United States and the United Kingdom have racially and ethnically diverse populations, and in both countries, people of color have disproportionately been affected by the COVID-19 pandemic.

“From the outset, it was clear that the strategy for vaccine delivery was quite different in the U.K. than in the U.S.,” Chan added.

Notably, the United Kingdom had a centralized vaccine distribution system through the National Health Service, whereas the United States had a fragmented approach that varied widely across states and counties.

Participants of color in the United Kingdom and the United States expressed more hesitancy about getting vaccinated than white participants.

“The more cautious view of the new vaccines among people of color may reflect a greater longstanding mistrust of the medical system and skepticism of clinical trials, which historically have lacked adequate representation from people of diverse races and ethnicities,” Chan said.

Yet, participants of color in the United States who overcame their hesitancy still faced barriers in receiving the vaccine, Chan said.

Black participants in the United States were less likely to report that they had received a vaccine than white participants, even if they indicated that they were willing to get vaccinated. This disparity was not observed among U.K. participants.

“The centralized national vaccine distribution in the U.K. appeared better able to deliver vaccines in a more equitable manner than our fragmented approach in the U.S.,” Chan said.

Access to the COVID-19 vaccine in the United States is less of a problem now than it was earlier, when a vaccine shortage plagued the initial mass rollout. However, there is still a need for continued outreach to overcome vaccine hesitancy among those who are unvaccinated, Chan said.

“An effective strategy is to enlist trusted messengers, such as members of the communities who are more skeptical of vaccines, to encourage vaccination and help overcome mistrust,” he added.

The results also demonstrate that the United States needs a better strategy for distributing vaccines quickly and efficiently.

“Our experience with COVID-19 boosters taught us that vaccine delivery is still very inefficient in the U.S., with considerable confusion over who should get them and where,” Chan said.

“Going forward, we need to be more thoughtful about vaccine distribution. If we can eliminate the access barrier, we can focus our energy on minimizing the greater challenge of vaccine hesitancy.”

Next, the researchers will study the effectiveness of various strategies for overcoming hesitation about COVID-19 vaccines.

Funding was provided by the Massachusetts Consortium on Pathogen Readiness and the Stuart and Suzanne Steele MGH Research Scholars Award.