A Different Kind of Healing

Being a man of ideas and a counselor has always been part of Joseph Gone’s identity.  An enrolled member of the Aaniiih-Gros Ventre tribal nation, he started college at a bible school in Oklahoma, but he soon became disillusioned and enlisted in the U.S. Army. Not long after, stationed in Germany on a tank crew patrolling the Czechoslovakian border, Gone realized the military wasn’t for him, either.

While serving in the military, however, Gone met several officers who recommended he attend the U.S. Military Academy at West Point. He attended for two years, but because he felt the academy focused on producing Army officers to the exclusion of all else, Gone again found the military wasn’t quite the right fit for him.  He sought more opportunities for the intellectual endeavors he craved.

So, after two years, Gone made another transition—this time to Harvard College. With his core college requirements met at West Point, he was able to graduate from Harvard in two years, immersing himself in the pursuit of ideas and earning a bachelor’s degree in psychology.

After Harvard, because there were very few paying jobs to be had, Gone worked as a volunteer with his tribal nation in Montana. There, he wrote health compliance procedures and administrative policies, worked in the vocational education program and provided academic and career counseling for tribal college students.

“I never had a real job, but I never missed a day's work for that entire year,” Gone said.

He went on to earn a PhD in clinical community psychology from the University of Illinois, becoming a leading voice in his field, which he has used to serve American Indian communities.

His broader work in community psychology explores the causes of depression, trauma, suicidal thoughts and addiction within Native American communities. He said some of his insights into these issues evolved after he received his doctorate and then solidified during an early research project at home. The project was designed to explore local community-based understanding of these mental health problems in an open-ended, discovery-oriented fashion. One conversation, with Traveling Thunder, a member of Gone’s tribe at Fort Belknap in Montana, provided a key source of discovery.

Their talk made an impression on Gone, he said, because it helped him understand why, for some Native Americans, obtaining mental health services through the Indian Health Service, a federal health program for American Indians and Alaska natives, is not viewed as helpful—or even an option they pursue.

Traveling Thunder helped Gone see that, while there are some Native people who are comfortable with psychotherapy, there are many others who desire a completely different kind of healing.

Much of that healing, Gone said, should be designed to address the anomie, or alienation that comes from a lack of identity, purpose and belonging, that many Native American people experiencing emotional distress often feel as a result of their colonial status. The challenge for a community psychologist, he said, is to try to help tribal members restore a robust, positive Indian identity, develop kinship networks and find their proper role in the tribe.

Traveling Thunder explained to Gone that “these problems originated in the European colonial encounter, in conquest and in the subjugation and assimilation that followed.” Traveling Thunder was not talking about psychological or biological disorders, said Gone. “He was talking about history, culture and spirituality.”

Because the roots of these problems do not lie in modern definitions and diagnoses, neither do the solutions necessarily lie in mainstream psychological theories of mind and therapy, according to Gone.

As a result, his own research and work with American Indian tribes has focused on addressing historical trauma, which many say is at the root of  these issues of emotional distress, and developing interventions and healing modalities that are in sync with Native American culture and beliefs.

Interventions and resources—both modern, medicalized psychology and community-based, traditional healing—need to be amplified and expanded, Gone said, by bringing in professionals trained in psychology and psychiatry, but also by training lay people on how to identify and support a robust therapeutic process. He said it is important to show lay counselors how to mitigate the effects of historical trauma and how to recognize personal crisis, and how to access the proper available resources to intervene. Approaches tribes have identified as helpful involve enlisting tribal members to develop a robust sense of self and a strong connection to their communities through a return to indigenous traditional practices.

Gone said many of his colleagues in the Department of Global Health and Social Medicine are doing similar work.

“We have people who are pioneering and innovating around how to develop state-of-the-art mental health treatments in very low resources settings” around the world. Indian country is also a low resource setting.”

But in the U.S., there are challenges to implementing lay care because of medical licensing requirements.

“The question is figuring out how lay people can be trained so that they can be really helpful and not harmful in any way,” said Gone.

With offices in the Longwood Medical Area and Cambridge, as well as a busy travel schedule, Gone is often on the move. He is also on the move intellectually, relishing being at Harvard again and appreciating its place in academia as “one of the most well-traveled crossroads in the world.”

“I constantly am getting notifications from people from all over the indigenous or fourth world who are coming through here for some reason or another and want to meet and talk; whether it's New Zealand, whether it's Australia,” he said.

Just three months into his role at HUNAP, Gone said he received backing from University Provost Alan Garber to implement new initiatives intended to strengthen support for Harvard’s undergraduate and graduate Native American students and to expand efforts to “support, catalyze, encourage and publicize the latest scholarship on Native and indigenous issues.”

This fall at Harvard, there are 10 classes being offered with indigenous content, he said, and he wants to continue supporting the indigenous community at Harvard through more classes and programs.

The hiring of four new Native American Studies faculty members in 2018 was a giant step in growing Native and indigenous scholarship at Harvard, Gone said. HMS now has two full professors who are Native American, Gone and Thomas Sequist, HMS professor of medicine at Brigham and Women’s Hospital, who is a member of the Taos Pueblo tribe.

Increasing the number of Native people in the field of medicine, however, remains a unique challenge, Gone said.

“It's hard enough to get Native students in proportionate numbers, just through undergraduate life, much less medical school,” said Gone, citing socioeconomic challenges such as underfunded primary and secondary schools in isolated areas as well as lack of support structures that promote inclusion and foster academic success once in college and graduate school. But he noted that the MD Class of 2023 at HMS includes two American Indian students.

But with the commitment to increasing Native and indigenous students, faculty and scholarship that Harvard has demonstrated this past year, he’s optimistic about the future.

“It's remarkable, and I think it sets in motion some possibilities that we won't know the outcome of for a few years, but it's going to be groundbreaking,” said Gone. 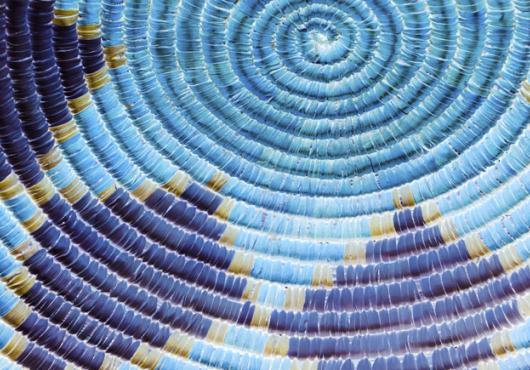 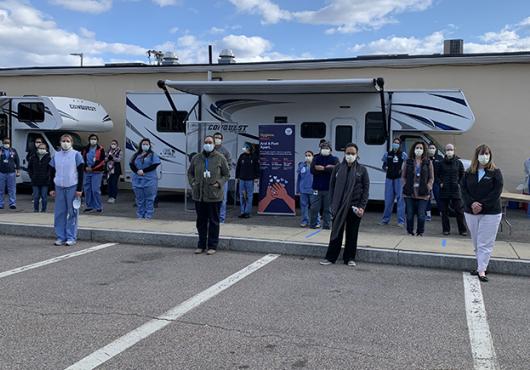 Equity in the Time of Coronavirus

Efforts to reduce health care disparities intensify during COVID-19 pandemic, in Boston and beyond