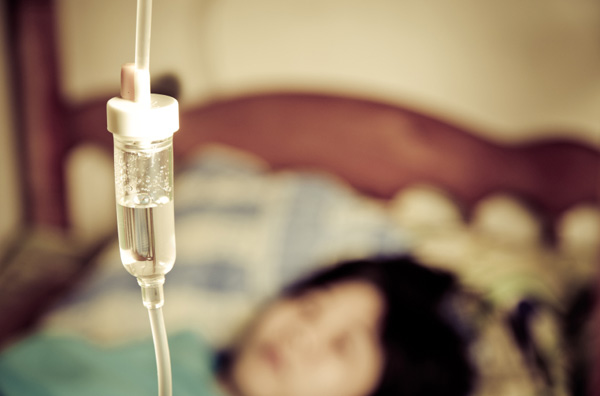 In a paper published in the Journal of Clinical Psychiatry, a team led by Harvard Medical School investigators at Massachusetts General Hospital report the results of their study in depressed outpatients who had been experiencing suicidal thoughts for three months or longer.

“Our finding that low doses of ketamine, when added to current antidepressant medications, quickly decreased suicidal thinking in depressed patients is critically important because we don’t have many safe, effective and easily available treatments for these patients,” said Dawn Ionescu, HMS instructor in psychiatry at Mass General and corresponding author of the paper.

“While several previous studies have shown that ketamine quickly decreases symptoms of depression in patients with treatment-resistant depression, many of them excluded patients with current suicidal thinking,” Ionescu said.

It is well known that having suicidal thoughts increases the risk that patients will attempt suicide. The risk for suicide attempts is 20 times higher in patients with depression than in the general population.

Primarily used as a general anesthetic, ketamine has been shown in several studies to provide rapid relief of symptoms of depression. In addition to excluding patients who reported current suicidal thinking, many of those studies involved only a single ketamine dose.

The current study was designed to examine the antidepressant and anti-suicidal effects of repeated, low-dose ketamine infusions in depressed outpatients with suicidal thinking that persisted in spite of antidepressant treatment. It also examined the safety of increased ketamine dosage.

The study enrolled 14 patients with moderate to severe treatment-resistant depression who had suicidal thoughts for three months or longer. After meeting with the research team three times to ensure that they met study criteria and were receiving stable antidepressant treatment, participants received two weekly ketamine infusions over a three-week period.

The initial dosage administered was 0.5 mg/kg over a 45-minute period—about five times lower than a typical anesthetic dose. After the first three doses, the amount was increased to 0.75 mg/kg. During the three-month follow-up phase after the ketamine infusions, participants were assessed every other week.

The same assessment tools were used at each visit before, during and after the active treatment phase. At the treatment visits the assessments were administered about 4 hours after the infusions were completed.

The assessments included validated measures of suicidal thinking, in which patients were directly asked to rank whether they had specific suicide-related thoughts, and to rank their frequency and intensity.

Only 12 of the 14 enrolled participants completed all treatment visits. One dropped out because of ketamine side effects and one had a scheduling conflict.

Most of the participants experienced a decrease in suicidal thinking, and seven achieved complete remission of suicidal thoughts at the end of the treatment period. Of those seven, two maintained remission from both suicidal thinking and depression symptoms throughout the follow-up period.

While there were no serious adverse events at either dose and no major differences in side effects between the two dosage levels, additional studies in larger groups of patients are required before any conclusions can be drawn.

“In order to qualify for this study, patients had to have suicidal thinking for at least three months, along with persistent depression, so the fact that they experienced any reduction in suicidal thinking, let alone remission, is very exciting,” Ionescu said.

“We studied only intravenous ketamine, but this result opens the possibility for studying oral and intranasal doses, which may ease administration for patients in suicidal crises,” she said.

One main limitation of the study was that all participants knew they were receiving ketamine, Ionescu said, but the team is finishing up a placebo-controlled study for which they hope to have results soon.

“Looking toward the future, studies that aim to understand the mechanism by which ketamine and its metabolites work for people with suicidal thinking and depression may help us discover areas of the brain to target with new, even better, therapeutic drugs,” Ionescu said.