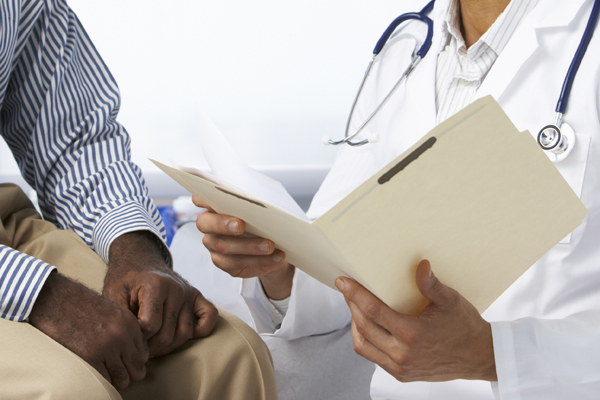 Like everyone else, physicians can harbor biases. Such biases—whether conscious or unconscious—could be particularly toxic in medicine, as they could lead to inequitable care and worsen health disparities.

To combat the problem, Harvard Medical School instructors who collectively taught a course on multicultural identities for more than a decade have compiled insights and strategies for reducing unconscious bias among physicians.

Their report was published recently in the Journal of Racial and Ethnic Health Disparities.

Courses that teach intercultural communication, also known as cultural competency, are now a part of the medical school educational standards set for all accredited medical schools in the United States and Canada.

“The professors teaching the course were diverse, but we did not portray ourselves as cultural experts,” said report co-author Roxana Llerena-Quinn, HMS instructor in psychology at Boston Children’s Hospital, who co-created the course with Dan Goodenough, HMS Takeda Professor of Cell Biology, emeritus. “Teachers and students shared their individual experiences and we all learned by hearing stories from others’ lives that contradicted our personal biases.”

Student physicians taking the elective course were asked to deconstruct their own backgrounds and the social and cultural contexts in which they lived. They also worked to identify their implicit value judgments and how they learned them in the first place. Those who took the course reported that they became more aware of their blind spots and biases as well as the need to remain conscious of these biases throughout their careers in order to keep providing optimal care.

The course ran from 1999 to 2009. Since then, cultural competency has been further integrated into the required curriculum at HMS. The researchers hope that their course can be used as a model for similar programs elsewhere.

“I believe this particular course could substantially improve cross-cultural literacy,” said lead author Augustus White III, the Ellen and Melvin Gordon Distinguished Professor of Medical Education at HMS. “We hope that our findings will illuminate the design of similar courses as a way to boost clinician self-awareness and reduce bias in care.”

Cultural competency training has become a priority over the last few decades as a growing body of research has revealed health disparities linked to race, gender, ethnicity and disability. Physician bias is neither the sole, nor necessarily the main, factor contributing to such disparities, the researchers say; however, clinicians’ unconscious biases can amplify them.

To reduce such biased patient interactions, the HMS course asked students to look inward and self-reflect rather than memorize cultural data. The idea was to build a spirit of cultural humility in which physicians never assume that they have mastery of a patient’s culture, the researchers say. However, the reseachers caution that too much emphasis on individual experiences could downplay systemic and institutional causes of discrimination.

In order to create a safe space for open dialogue, the instructors created a set of ground rules for the class. Students were told not to blame or shame each other—or themselves—as they admitted their biases. Class discussions were kept constructive and confidential.

The authors believe rules like these are necessary to combat a thorny problem in medical culture: fear of failure or being poorly perceived, which may prevent medical students and professionals from speaking openly about the biases they want to overcome.

“These ground rules created an environment in which people could open up safely, explore ideas and teach and learn from one another,” White said.

Course activities included discussions, journaling and a thought exercise in which students imagined going through their day in a wheelchair. Early in the course, students created so-called genograms—family trees with their families’ demographics. The activity was meant to counter the idea of a monolithic self-identity by revealing that every family tree contains diversity in one form or another—if not ethnically, then socially, economically or in terms of gender.

Although the course did not directly measure change in clinician behavior, the researchers say its true value stemmed from increased self-awareness and recognition of one’s own biases.

A champion of cross-cultural education for many years, White speaks from personal experience. To prepare for teaching the course, he attended it.

White, who was the first black graduate of Stanford University’s School of Medicine, the first black orthopedic resident at Yale Medical Center and the first black department chief at a Harvard teaching hospital, is well aware of biases in medicine. Nevertheless, even after a lifetime filled with cross-cultural milestones and a career spent eliminating health disparities, he made a surprising discovery about himself through the course.

“I became aware of a particular bias that I carried without realizing the extent to which it was reflected in my behavior,” White said.

“If the course could have this effect for me, as one individual student, it probably means that it has the power to educate others in a similar way.”