Lancet series maps elimination plan for disease that kills over 1.5 million per year 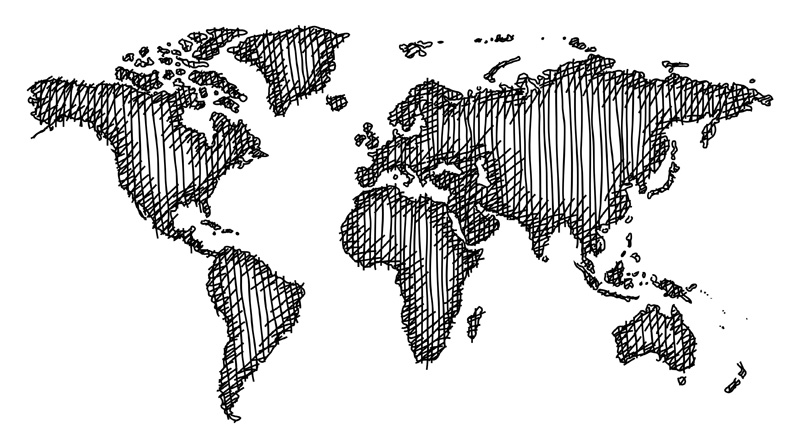 Redrawing the map to get to zero TB deaths. Image: iStock

Redrawing the map to get to zero TB deaths. Image: iStock

Although tuberculosis has been curable and preventable since the 1950s, more than 4,000 people each day, or 1.5 million each year, still die from this airborne disease.

A new Series in The Lancet—led by Salmaan Keshavjee, Harvard Medical School associate professor of global health and social medicine—details a scientific, therapeutic and policy plan to rapidly stop deaths from TB and change the epidemic’s course, one community at a time.

The plan does not require new breakthroughs. Instead, it requires better use of tools that already exist.

“Ending the global tuberculosis epidemic requires the urgent deployment of a comprehensive package of effective, tried and tested interventions in low-income and middle-income settings,” Keshavjee said. “Failure to seize this opportunity now will constitute both a scientific and a moral failure.”

In preparing the series, Keshavjee, his co-editors and his colleagues at HMS’ Department of Global Health and Social Medicine brought together researchers, clinicians and advocates from governmental and nongovernmental organizations, hospitals and universities around the world for a series of working meetings and conferences.

“While TB incidence rates in high-income countries are in single-digit numbers, these rates are still in the hundreds in many countries of Asia, Africa and Latin America. The drivers of TB include poverty, poor housing, under-nutrition and HIV infection, underscoring the need to address this problem holistically,” said series co-editor, Soumya Swaminathan, director-general of the Indian Council of Medical Research.

The series, which will be published online in The Lancet on Oct. 26 and as a standalone booklet, will be launched at a special event at the Harvard Medical School Center for Global Health Delivery-Dubai, where Keshavjee is director.

In addition, researchers, clinicians and policymakers will also meet to launch Zero TB Cities, an initiative that will apply the principles outlined in the Lancet series in municipalities around the world to create “islands of elimination” of the disease.

According to series co-editor David Dowdy, associate professor of medicine at Johns Hopkins University, “We cannot end TB globally without ending it locally. Cities are the places to start if we are to show the world that the status quo in TB can be changed, rapidly and dramatically.”

The series includes three commentaries that place the epidemic in historical, clinical and scientific context and four papers that detail a comprehensive strategy to quickly reach zero deaths from TB and to reach 2050 elimination targets more rapidly in high-burden settings.

The Series papers also provide the scientific and social policy rationale of comprehensive disease strategy. The keys to the elimination plan include targeting hotspots of transmission; active case finding to identify infected individuals before they can transmit disease to others; and prompt and proper treatment of all forms of tuberculosis.

This comprehensive approach is a stark contrast to current piecemeal practices that often target only the sickest patients and provide incomplete therapies for those who do receive treatment. The results have yielded steady but slow improvements in death rates, combined with a worrisome increase in drug-resistant strains of the disease.

“We have to hit this bug hard, and hit quickly. Cutting transmission in the community is key to the control of any infectious disease. Many cities in the world are seeing worrying increases in transmission of drug-resistant tuberculosis. All of us are vulnerable … and therefore, we must all act,” Swaminathan said.

“Business as usual can no longer be an option for the fight against tuberculosis,” writes Senior Executive Editor Pamela Das and Editor Richard Horton of The Lancet.

“We hope this series will be a springboard that can help shift the global tuberculosis epidemic from incremental annual improvements to an accelerating global movement for tuberculosis elimination,” he said.

The commentaries and papers in the series, with authors from more than a dozen nations, reflect this collaborative international effort.

The glacially slow decline in the death rate for tuberculosis—a decrease of less than 2 percent annually—is unacceptable, the authors argue, when the means to stop the epidemic have been available for more than half a century.

“We can’t wait another two centuries for a curable and preventable disease to disappear,” Keshavjee said.

This effort was funded by support to HMS from Janssen Global.

The Series will be launched on Monday, Oct. 26, 2015 at 10 a.m. (Dubai time), at a special event at the Harvard Medical School Center for Global Health Delivery-Dubai.

To learn more about The Lancet Series: www.thelancet.com/series/how-to-eliminate-tuberculosis