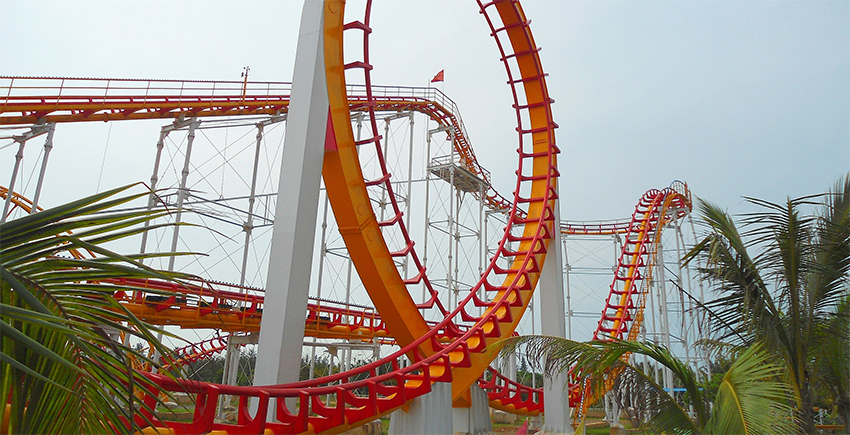 The main treatment for bipolar disorder, lithium, was approved a half-century ago but doesn't help all patients and has significant side effects. Little progress has been made in finding better therapies, in part because scientists don’t fully understand how the condition arises or exactly how lithium improves symptoms when it does work.

A genetic study involving thousands of people with bipolar disorder has revealed new insight into the condition’s molecular underpinnings.

Led by scientists at Harvard Medical School and the Broad Institute of MIT and Harvard, the international effort pinpoints a gene called AKAP11 as a strong risk factor for both bipolar disorder and schizophrenia.

The findings may provide clues to how lithium works, as the AKAP-11 protein is known to interact with a molecular pathway modified by the drug.

While many common genetic variants of small effects have been discovered, AKAP11 is the first gene found to have a large effect on bipolar disorder risk.

The findings pave the way for better understanding the causes of the condition and potential new therapies. This result has already kicked off new studies of the disorder in cells and animals, with a focus on molecular mechanisms that can lead to identification of biomarkers to match patients with treatments and develop novel therapies.

The study was published online in April in Nature Genetics.

“This work is exciting because it’s the first time we’ve had a gene with large-effect mutations for bipolar disorder,” said Steven Hyman, Harvard University Distinguished Service Professor of Stem Cell and Regenerative Biology and director of the Stanley Center for Psychiatric Research at the Broad. “This is an important step towards the kind of research into disease mechanisms that, across the history of medicine, has underwritten successful therapeutics.”

Bipolar disorder is a severe, heritable mood disorder that affects approximately 1 percent of people and often begins in early adulthood. A better understanding of the condition’s biological roots could lead to more effective therapies that can improve quality of life.

The HMS and Broad scientists partnered with colleagues around the world in the Bipolar Exome Consortium to identify rare differences in the DNA sequence that alter proteins with the hope of discovering ones with a large impact on disease risk.

Although rare mutations occur in a minority of patients, the strong impact on disease risk means that they can illuminate the biological mechanisms on a broader scale.

The researchers began by comparing the exomes, or protein-coding portion of the genome, of roughly 14,000 people with bipolar disorder to 14,000 healthy controls. They found that people with the condition were more likely to carry gene variants that result in abnormally truncated, dysfunctional proteins. Some of these variants were in genes already known to be associated with risk for schizophrenia, another severe mental illness that often begins after adolescence.

The team next incorporated results of a large-scale study conducted by the Schizophrenia Exome Sequencing Meta-analysis (SCHEMA) consortium. They combined the exome sequences of 24,000 people with schizophrenia who participated in the SCHEMA study with those of 14,000 people with bipolar disorder, and compared the sequences to those of healthy controls.

“The AKAP11 variants don’t contribute much to risk among the population as a whole, but the real value is what they reveal about the roots of disease, and that's why we're really focused on them,” said senior author Benjamin Neale, HMS associate professor of medicine at Massachusetts General Hospital.

The team found that the protein product of AKAP11 interacts with another protein called GSK3B, a molecular target of lithium that is a potential mechanism of efficacy. Thus, the discovery offers intriguing clues to lithium’s effects in the body that may shed light on the action of lithium and lead to the identification of other therapeutic targets.

To explore the molecular and behavioral effects of the AKAP11 gene variants uncovered in the study, the team is now creating cellular and animal models carrying an altered form of the gene. It will be the first time scientists employ research models harboring the same variants found to clearly increase risk in humans.

The researchers are also exploring whether AKAP-11 or one of its molecular partners could serve as a biomarker for the condition, to aid in diagnosis or help ensure that future clinical trials include patients who are most likely to benefit from a particular therapy.

“Ideally, we’d like to find risk variants across the whole genome, which will give us the very best chance of coming up with treatments for everyone,” said Hyman. “This is a first, and we're hoping we're going to find many more genetic factors. It's going to take a lot of exome sequencing, but it is very exciting.”

Duncan Palmer, a postdoctoral fellow in Neale’s lab, is first author of the paper.

This study was funded by the Stanley Family Foundation, Kent and Elizabeth Dauten, The Dalio Foundation, and the National Institutes of Health.