Pretty much all of your cells have the same DNA code, yet they come in an astonishing number of forms.

Some cells contract so the heart can beat or your muscles flex. Others have jobs in the immune system, tuned to recognize different threats.

Cells can change their behavior, altering their metabolism, for example.

And on and on.

How do cells pull off this variability?

Eric Greer, who last week received a Presidential Early Career Award for Scientists and Engineers (PECASE) from the White House along with three other Harvard Medical School faculty members, has devoted his career to finding answers in the burgeoning science of epigenetics.

“Epigenetics is what enables every cell to act differently despite having the same DNA sequence,” said Greer, HMS assistant professor of pediatrics at Boston Children’s Hospital.

While cells in the body inherit the same DNA, they don’t use all of it. Instead, they transcribe different regions of their DNA based on their needs and in response to their environment.

Epigenetics regulates this process through various means, such as small chemical modifications to DNA or to the chromatin and histone proteins that package it.

These modifications were thought to be erased before DNA is passed on to offspring, but recent evidence suggests they can be inherited. That’s the focus of the Greer lab, established four years ago at Boston Children’s.

“We’re interested in how epigenetic information can be transmitted through generations,” said Greer.

Until just a decade ago, the idea of epigenetic inheritance would have made Greer an object of scientific ridicule.

The prevailing evolutionary dogma has been natural selection, as put forth by Darwin: Individuals that acquire a beneficial trait through a random change in their DNA are more likely to survive and reproduce, thereby passing the trait on to their progeny.

But before Darwin, Jean-Baptiste Lamarck posited that individuals can purposefully acquire new traits—like giraffes’ necks lengthening to reach the highest leaves—and pass them down in their genetic code.

Scientists dismissed Lamarck’s views for close to two centuries, but recent evidence suggests that he was on to something.

A 2016 study, for example, found an increased risk of diabetes and hypertension in the children and even grandchildren of people who lived through extreme famine in China, well after the famine had passed.

Greer thinks this represents a metabolic adaptation to starvation and that inherited epigenetic information helps prepare subsequent generations for the possibility that sufficient food might not be available.

“It’s pretty accepted now that there is epigenetic inheritance,” he said. “The big unknown is how it happens and what is specifically transmitted.

“Those are the questions we are trying to tackle.”

Greer first got hooked on science at the age of 14, working in the lab of his mother, Judy Lieberman, HMS professor of pediatrics at Boston Children’s.

Eventually, studying the roundworm Caenorhabditis elegans, he found that regulators of chromatin can extend longevity. He also showed that this epigenetic regulation was heritable: an ancestor’s mutation in chromatin regulators endowed descendants that lacked the mutation with longer lifespans, into the third generation.

“Despite the fact that everything in their genome was exactly identical to a wild-type worm, they had inherited something epigenetic that was regulating their lifespan,” Greer said.

The finding prompted Greer to investigate precisely what gets passed down epigenetically, which brought him to a postdoctoral fellowship in the lab of Yang Shi, professor of cell biology at HMS and C.H. Waddington Professor of Pediatrics at Boston Children’s. Under Shi’s mentorship, he continued to study the molecular mechanisms of epigenetics in worms.

Today, Greer studies epigenetic inheritance using a menagerie of different model organisms and a wide range of approaches. In a paper this month in PLoS Genetics, his lab showed how an epigenetic regulator can disrupt meiosis, the first step in reproduction.

Cells in the ovaries and testes normally divide twice, copying and then splitting their DNA, ultimately forming four “granddaughter” cells with a single copy of each gene. Missteps in meiosis are the leading cause of miscarriages as well as developmental and intellectual disabilities.

Greer and colleagues found an enzyme in C. elegans that removes methyl groups, interacts with the DNA replication machinery and is essential for normal meiosis.

When they deleted this enzyme, NMAD-1, in worms, meiosis problems ensued. The worms laid only one-sixth as many eggs and spawned an unusually high number of males, an indication that chromosomes were being lost during meiosis.

The corresponding enzyme in mice, when mutated, also caused defects in reproduction.

“We’ll have to see how widely conserved this mechanism is among species and work out more of the specific details,” Greer said.

In another paper, published this month in Molecular Cell, his team identified an enzyme, PCIF1, that adds methyl groups not to DNA but to RNA, which is involved in translating genes into proteins and regulating which genes are transcribed and turned on.

“As detection techniques have become more sensitive, the community has identified a complex set of modifications occurring on RNA that regulate virtually all aspects of RNA processing,” said Greer.

Studying human cell lines, Greer’s group found that PCIF1 is involved in modifying about 30 percent of our messenger RNAs, showed that it acts right next to the cap on the RNA molecule, and mapped exactly which RNA segments it modifies.

More recently, the researchers knocked out the PCIF1 gene in mice. They are now examining the role of PCIF1 and its methylation activity in the health of mice.

“It is one of the rare organisms that can morph from being a single-celled organism to a multicellular organism within 24 hours; yet its genome is the same,” he said. “Clearly something epigenetic is involved.”

This video catches the transformation in action: 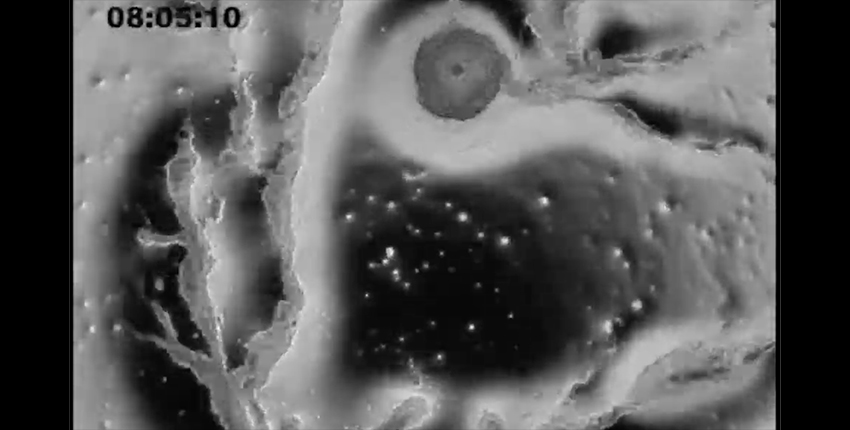 Greer thinks this mold may hold clues about how organisms evolved to become multicellular. His group has been investigating regions of the mold’s epigenome that are correlated with multicellularity versus unicellularity and plans to modify the epigenome in the lab to determine whether epigenetic changes alone can induce the multicellular state.

With the new PECASE award, Greer will push the scientific envelope even further to better understand the molecular mechanisms of epigenetics and how diseases develop when things go awry.

“What I like to do is tackle questions from new angles,” he said. “We try to be unfettered in our approaches, which allows us to tackle old questions in new ways. Exciting science happens where you have intersections of different disciplines.”

Adapted from a post on Discoveries , the Boston Children’s news and story portal.