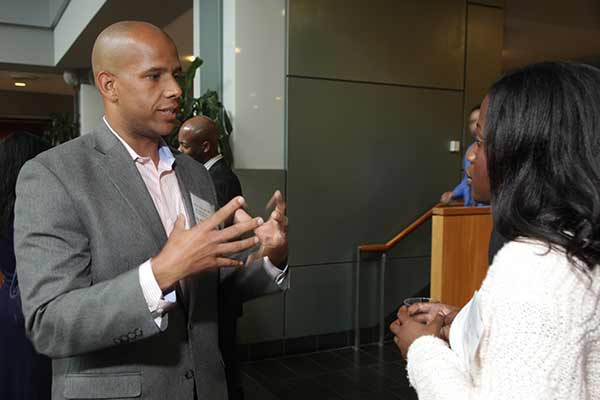 “I remember thinking, ‘This place isn’t for me,’” said Alden Landry, reflecting on the beginning of his month-long placement at Beth Israel Deaconess Medical Center 10 years ago, part of a visiting clerkship program.

It was 2005 and Landry found himself questioning his participation in Harvard Medical School’s Minority Faculty Development Program. He was part of the Visiting Clerkship Program, which places fourth- and qualified third-year medical students from groups underrepresented in medicine at HMS-affiliated hospitals for a four-week rotation.

Having grown up in a Southern military family, Landry found his transition to Boston to be the biggest culture shock of all. He was almost too polite, he added, laughing, “Calling everybody ‘sir’ and ‘ma’am’ sometimes got me in trouble.”

Landry wanted to specialize in emergency medicine, but he wondered if his placement at Beth Israel was the right fit.

It wasn’t until he attended a dinner to mark the beginning of the rotation that he truly understood the value of the clerkship program. He met influential HMS faculty and other clerkship participants from across the country who shared their experiences as minority medical students in their respective environments.

“It was a diverse group. They were coming from all backgrounds and experiences,” he recalled.

“Doing the VCP helped eliminate the stereotype of Harvard as a place where everybody wore bow ties and elbow patches on their jackets,” said Landry. “I felt a sense of family and unity.”

Events such as the kick-off dinner help fulfill the program’s ongoing mission of increasing awareness about medical career opportunities and fostering career-long mentorships with HMS faculty.

Now celebrating its 25th anniversary, the clerkship program has placed 1,158 minority and underrepresented students in HMS-affiliated institutions since 1990. Approximately 16.7 percent of participants later match at HMS-affiliated hospitals for their residencies, internships or fellowships.

“Doing the VCP helped eliminate the stereotype of Harvard as a place where everybody wore bow ties and elbow patches on their jackets,” said Landry. “I felt a sense of family and unity.”

Now, a decade after his visiting clerkship rotation, Landry works at Beth Israel Deaconess as an attending physician in emergency medicine.

In an effort to give back to the program and other minority advancement programs, Landry also serves as the faculty assistant director of the Office for Diversity Inclusion and Community Partnership, a role that enables him to recruit new candidates for visiting clerkships and co-instruct courses at Harvard T.H. Chan School of Public Health.

Also in this role, Landry works as an advisor and mentor to medical students coming from underrepresented populations.

“I hope to see VCP participants rotating at smaller HMS-affiliated hospitals, including Mount Auburn and Spaulding,” said Landry, speaking about what he hopes to accomplish during the next 25 years.

“I would even like to see a rotation set up for residents and fellows,” he added.

Joan Jeung spent 15 years living in Oakland, Calif., where she received her medical degree from the University of California, San Francisco. Her career path, however, was a nontraditional one. Rather than spending many hours in labs doing research, Jeung dedicated her time to hours of community service. 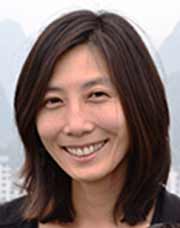 Knowing that she wanted to improve the way pediatric primary care was administered in her community, Jeung began her search for a fellowship program in health care policy. Based on a recommendation from a close friend, she discovered the Commonwealth Fund Mongan Fellowship in Minority Health Policy at HMS.

“It was not a typical interview. She knows people and got a read on me pretty quickly. She is a big part of the reason why I came to the program, because I was impressed with her ability to mobilize toward change,” Jeung said.

A  few months later, Jeung made the move from Oakland to Boston to start her year-long appointment as a 2015-2016 Commonwealth Fund Fellow.

The Commonwealth Fund Mongan Fellowship in Minority Health Policy was established in 1996 and will soon be celebrating its 20th anniversary.

Over the years, the program has brought 124 fellows to Boston, including those funded by the California Endowment and the Delta Dental Plan, for extensive training and collaboration on current issues of public health policy.

“One of the unique things about this fellowship is that it feels like a family. It’s not like you are here for a year and then your involvement is done,” said Jeung.

Approximately 70 percent of Commonwealth fellows have published their research in peer-reviewed journals, while 78 percent have held appointments at schools of public health or medicine across the country.

While working on their practicum in an area of public health policy, fellows network and collaborate with peers and faculty advisors in the greater Harvard community.

“One of the unique things about this fellowship is that it feels like a family. It’s not like you are here for a year and then your involvement is done,” said Jeung.

“We’re all addressing health disparities in some form,” she said. “I am starting to build a network of people and hopefully we can collaborate moving forward in some way.”

Jeung most recently worked as a pediatrician at the Asian Health Services/Frank Kiang Medical Center in Oakland. She also serves as program director of the Empowering Mothers Initiative, where she oversees the implementation of the joint Health Resources and Services Administration and American Academy of Pediatrics project Healthy Tomorrows Partnership for Children.

DICP points to the successes of Landry and Jeung with pride as it celebrates the 25th anniversary of the MFDP, through which both the Visiting Clerkship Program and the Commonwealth Fund Mongan Fellowship were established.

Dean for Diversity and Community Partnership Joan Reede, who founded the MFDP, came to Harvard in 1990 as an administrative fellow for 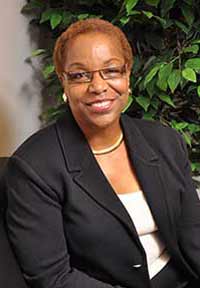 the office of the president. Having previously worked in community health centers, prisons and public schools, Reede was geared to move diversity forward at HMS and HMS was ready to take action. The School asked Reede to design the program that would ultimately become the MFDP.

Project Success, celebrating its 22nd anniversary, is another successful pipeline program that supports selected high school and college students in the Boston and Cambridge area who are interested in medicine. The program places students in paid summer research internships at HMS or one of its affiliates.

“Prior to Project Success, I did not have access to research labs or any lab knowledge. Project Success has not only allowed me to delve into my passion but has also opened doors to many opportunities for me in the research field,” said Siqi Wu, a student at Simmons College.

A student at Boston Latin Academy, Felix Lee reports similar success: He has recently had research accepted for publication in Clinical Pediatrics for a project he completed through the program in 2014.

Committing to the Future

Over its 25 years, the MFDP has evolved from analyzing the numbers around diversity to implementing diversity and inclusion through the policies, practices and programs at HMS and in the medical field.

“The MFDP is moving in a direction where we ask, ‘How do we understand systems, organizations and context? How do we build programs based on the numbers, the hard evidence?’” said Reede.

To start to answer these questions and also to celebrate its milestone anniversaries this year, DICP will be bringing in leaders for diversity and equity in the medical field, including Camara Jones, president-elect of the American Public Health Association and Alonzo Plough, vice president for research-evaluation-learning and chief science officer, Robert Wood Johnson Foundation.

Through these speakers, DICP hopes to better position the MFDP’s work in relation to the national landscape of diversity and health disparities, and learn what is on the horizon for creating more inclusive opportunities in medicine.

“We have a much more sophisticated understanding today of just how much we don’t know. I don’t see the need for the MFDP to ever go away; I see it refining,” said Reede.

While reflecting on her involvement with the MFDP, Reede recalled one of her most impactful memories.

“I was at a meeting for the Biomedical Science Careers Program, one of the programs that was born out of the MFDP. We were interviewing students and I remember this young woman came out of the room, not talking to anybody specific, sort of looking out, and she said, ‘I’m important.’”

“I think that captures it,” Reede said.

For more information on MFDP and diversity initiatives at HMS, click here.