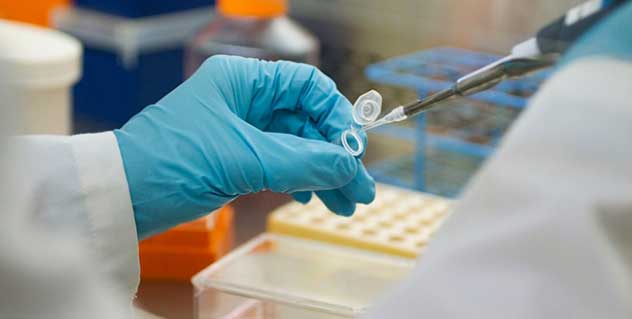 In the increasingly complex world of biomedical research, collaboration is key. But finding the right people to work with, and agreeing on the best ways to do the work, can be a challenge in itself.

One important way to do that is to foster the development of new, innovative practices and technologies that can contribute to medical research and, eventually, treatment.

To this end, three Harvard Catalyst tools—Profiles, eagle-i, and SMART IRB—help investigators by making it easier to find potential collaborators and amass the resources needed to conduct clinical research, and by providing a new methodology for making multisite clinical studies easier to carry out.

These programs were originally started to benefit the more than 24,000 faculty members at Harvard Medical School, the Harvard School of Dental Medicine, and the Harvard T.H. Chan School of Public Health, including those based at the 18 Harvard-affiliated hospitals and institutes.

But the tools are not confined to Harvard and are now being used at hundreds of universities, hospitals and academic medical centers across the country.

Harvard Catalyst Profiles : In 2008, while serving as Harvard Medical School’s first chief technology officer, Griffin Weber realized that with researchers spread throughout different departments and hospitals, “it could be challenging to find all the people working in your area—people with whom you might want to collaborate.”

Someone who could complement your research might be in the same building, and perhaps on the same floor, and you still might not know what he or she was up to.

Before Profiles was available, the medical school maintained a human resources database—basically a compilation of some 24,000 separate online resumes.

“You could search it,” Weber said, “but if you didn’t have a name to start with, you might not know the best person to search for.”

The new database has much greater utility, combining a beefed-up directory with a social networking tool for scientists.

Profiles are built upon the existing human resources directory and publication listings for faculty members are automatically drawn from PubMed search engines and other available information. Profiles runs automated updates on a regular basis.

Network pages illustrate ways in which faculty are connected to each other through joint publications, overlapping research interests or geographic proximity. This, according to Weber, is one of Profiles’ key features.

“You look up people you know and then browse their networks to find people doing similar research that you weren’t aware of,” he said.

Many of these visits are news reporters seeking information on the research of Harvard faculty at the schools and affiliates.

The site is accessible to everyone, and the software is open source, which has proved advantageous. A software team at the University of California, San Francisco, modified its version of Profiles to make the website easier to navigate—changes that were later incorporated at HMS.

“By making the software open, you effectively have a much larger development team,” Weber says. “My team at Harvard has just four developers, but we’re now reaping the benefits of a much larger pool.”

eagle-i may be the perfect complement to Profiles. While the latter is about finding people in a given field, “eagle-i is designed to connect researchers with the resources they need to carry out their research,” explains Marc Ciriello, a project manager at Harvard Catalyst.

Initial funding for this venture came in 2009 with a two-year, $15 million grant from the National Center for Research Resources. Currently, eagle-i is funded by Harvard Catalyst.

More than 40 institutions nationwide participate in the program; three of those institutions—Harvard Medical School, Jackson State University, and the Oregon Health & Science University—have taken a leading role in its development.

eagle-i is a free, web-based tool that allows people to search more than 80,000 resources critical to biomedical research: antibodies, cell lines, (including the world’s largest collection of information about induced pluripotent stem cell lines), plasmids, model organisms and other biological specimens, along with various instruments and services.

“Core facilities are among eagle-i’s most popular resources. Given that these labs may be largely self-supporting by operating on a fee-for-service basis,” Ciriello said, “they need customers to use their services to remain viable and available to the research community—the more the better.”

Exposure on eagle-i allows lab personnel to expand their reach and make more people aware of what they can do.

“Anyone anywhere in the world can use eagle-i,” Ciriello said. “You don’t have to be a faculty member at any of the participating universities.”

He calls it a “search and discovery platform” because you can use eagle-i to look for a specific product or service, or you can just browse, “perhaps finding in the process resources you didn’t know existed.”

In this way, eagle-i not only facilitates planned research but can also promote new lines of inquiry.

How does this open, sharing philosophy work in a competitive (and sometimes cutthroat) science environment? “While the research world is competitive,” Ciriello said, “we’ve found that people are willing to share resources, perhaps after they’ve finished their own flagship studies. And people only put into eagle-i what they may be willing to share.”

Those taking part in this venture are not necessarily operating out of only lofty, altruistic goals.

“If someone wants to put your cell line to particularly interesting uses,” Ciriello said, “you can propose a mutually-beneficial collaboration.”

In the end, the sharing of resources and expertise aligns with a central goal of translational medicine—to spur research aimed at easing the burden of human disease.

Resource sharing makes sense in an era of tightening budgets.

“You can do more with less,” Ciriello said. “You don’t have to buy a million-dollar piece of equipment when there may be one down the hall you can use instead.”

SMART IRB:  When investigators have the opportunity to collaborate on clinical trials that involve multiple institutions ― anywhere from two to thousands ― there are several potential advantages.

For one, collaboration makes it possible to recruit the required population of volunteers more quickly, thereby finishing the study earlier. At the same time, the investigator can enlist participants in the study that are more representative of the population at large.

In addition, it’s possible to draw investigators and institutions with different areas of expertise to the effort.

That said, conducting clinical research at multiple institutions has traditionally entailed a lengthy and cumbersome process.

In the past, each institution would generally conduct its own Institutional Review Board (IRB) review to satisfy federal regulations for human subjects research. If 10 institutions were participating in the study, 10 separate IRB reviews were needed.

Obtaining multiple reviews was a time-intensive process that didn’t yield demonstrable benefits in protecting research participants, which is the goal of IRB oversight of clinical studies.

For any given study, “you’d have to hold 10 committee meetings to review the same document for the same purpose, which would be an incredible waste of faculty and staff time,” said Barbara Bierer, HMS professor of medicine at Brigham and Women’s Hospital who directs the Regulatory Foundations, Ethics, and Law Program at Harvard Catalyst.

While the parties could forge an agreement allowing them to rely on the review of another institution’s IRB for any one protocol, “that agreement would need to be written, reviewed by legal counsel, and signed by the institutional official every time reliance was envisioned,” said Bierer.

In 2008, HMS began taking steps to streamline the review process for multisite studies—first locally, then regionally. In 2016, SMART IRB launched as an initiative supported by the National Center for Advancing Translational Sciences and developed by Harvard Catalyst, University of Wisconsin–Madison, and Dartmouth College.

Since then, more than 540 institutions have joined the SMART IRB agreement and are using the system’s web-based reliance system.

By joining the SMART IRB agreement, universities, medical centers, community hospitals, cancer centers, disease foundations and other institutions can choose to have a single institution (or even an independent IRB) provide IRB oversight throughout a study’s duration, no matter how many collaborators are involved.

Through the platform’s online reliance system, collaborating institutions and investigators are able to easily coordinate these arrangements and share relevant materials in one place.

At Harvard, investigators have benefitted from the IRB Cede Review process offered by Harvard Catalyst since 2009; as of 2016, requests can now be made through SMART IRB..

According to the latest statistics, there are currently more than 2100 system users and just over 1000 studies that have documented arrangements.

More than half of the multisite studies arranged with the aid of SMART IRB reached a fully-executed agreement within three weeks, and more than one quarter reached an agreement within a week—an ordeal, Bierer said, that used to take many months.

One recent example of an initiative that has benefited from this tool is the National Lung, Heart and Blood Institute’s Data Stage project, a cloud-based platform designed to advance biomedical discoveries.

The HMS Department of Bioinformatics, a collaborator on this project, recently used SMART IRB to connect with several partners sites across the U.S.

With this new collaboration, investigators can access and share data and software generated from biomedical and behavioral research.

SMART IRB has come to fruition, she adds, “thanks to the efforts of a huge team of dedicated individuals—at Harvard, the University of Wisconsin, and elsewhere in the United States—who are committed to the welfare and protection of human participants.”

With researchers spared from duplicative tasks that had burdened them in the past, they can devote their energies instead towards finding new, more effective ways of helping patients.