Sixteen HMS faculty and staff members were honored at the 2019 Daniel D. Federman Teaching Awards Program with the following awards:

The Bernard Lown Award for Excellence in Teaching, Brigham and Women's Hospital

Richard A. Gillis Award for Excellence in Medical Education

Halem was recognized for the unique role she has played in improving LGBTQ medical education and resources at HMS and HSDM. Under her leadership, the first-year class has grown from 4 to 15 percent self-identified LGBTQ, and the faculty and resident OutList has quadrupled in size. Most recently, she helped secure a major grant to start the Sexual and Gender Minority Health Equity Initiative in HMS, which is integrating sexual and gender minority health equity into the curriculum.

Four HMS scientists have been selected among six research teams as 2019 Innovation Fund investigators by the Pew Charitable Trusts.

These investigators, who are alumni of Pew’s biomedical programs in the United States and Latin America, will partner on interdisciplinary research to tackle complex questions in human biology and disease.

The Innovation Fund teams and research projects are:

Camargo and Gimelbrant will explore how genetically identical organisms can look and function differently.

Drs. Lee and Kelleher will study how the inheritance of the X chromosome from either the mother or father influences behavior and cognition, using Turner syndrome as a model.

Douglas Kiel, HMS professor of medicine at Hebrew SeniorLife, was named by the American Society for Bone and Mineral Research to receive the 2019 Frederic C. Bartter Award, which recognizes a member of the organization for outstanding clinical investigation in disorders of bone and mineral metabolism.

Kiel's research focuses on the epidemiology of osteoporosis and related fractures, including lifestyle factors, biomarkers and genetic factors. He is also interested in sarcopenia and its consequences, including falls and disability. Kiel leads the Framingham Osteoporosis Study and heads the Geriomics program as a part of the Musculoskeletal Research Center at the Marcus Institute for Aging Research at Hebrew SeniorLife.

Galit Lahav, the Novartis Professor of Systems Biology and chair of the Department of Systems Biology in the Blavatnik Institute at HMS, received the Smith Family Foundation Prize for Outstanding Scientific Contributions and presented her research at a poster session and dinner in Boston on Sept. 10.

Among those presenting posters, were awardees of the 2019 Smith Family Odyssey Award for Biomedical Research Program. The winners and presenters from HMS were:

Jessica Whited, assistant professor of stem cell and regenerative biology at Harvard and a scientist at Brigham and Women’s Hospital

Poster: “Transmission of Amputation Information Throughout the Body in Axolotl”

Four HMS investigators were named to receive 2019 Bits to Bytes Awards by the Baker-Polito Administration and the Massachusetts Life Sciences Center (MLSC). Governor Charlie Baker made the announcement at MassBio’s Digital Health Impact Forum in Boston.

Bits to Bytes is designed to provide funds for data-driven, cross-sector capital projects that support life science innovation in Massachusetts by enabling and supporting the generation and analysis of large datasets to answer pressing life science questions and to attract and train data scientists in the Commonwealth.

Noel Rose, HMS senior lecturer on pathology, part-time, at Brigham and Women’s Hospital, was named with Ernest Witebsky (in memoriam) as a recipient of a 2019 Golden Goose Award for his work advancing autoimmunity.

Millions of Americans today are affected by autoimmune diseases, including lupus, multiple sclerosis and rheumatoid arthritis. In the 1950s, Rose's lab experiments on a substance made by thyroid cells found something unexpected: animals have an immune response to their own tissues. At the time, scientists did not know this was possible. Rose's discovery, with the critical support and guidance of his mentor Witebsky, led to an increased understanding of autoimmune disease which has enabled potential treatments.

The American Association for the Advancement of Science gives the Golden Goose Awards to highlight federally funded research that may have seemed obscure at the time but led to major scientific breakthroughs that have benefited society.

Eric A. Pierce, the HMS William F. Chatlos Professor of Ophthalmology at Mass. Eye and Ear, received the 2019 Stein Innovation Award from Research to Prevent Blindness. The award will support his research to investigate extracellular vesicles as potential biomarkers for inherited retinal degenerations.

Meredith Gregory-Ksander, HMS assistant professor of ophthalmology at Schepens Eye Research Institute of Mass. Eye and Ear, received a 2019 International Research Collaborators Award from Research to Prevent Blindness. The award will support collaborative research with Vicky McGilligan of Ulster University in the United Kingdom. Together, they aim to provide proof of concept that their novel bi-specific antibody InflaMab can block NLRP3-driven inflammation and prevent the development and progression of glaucoma in an experimental model of glaucoma.

Vassy’s research aims to develop and validate clinical polygenic risk scores for coronary artery disease, atrial fibrillation, type 2 diabetes mellitus, breast cancer, colorectal cancer and prostate cancer. The tests will be used in clinical trials using point-of-care testing. Pinello studies center on disease-associated variants that lie in regions of the genome that do not code for genes. Pinello’s team will develop approaches to discover and understand how these regulatory elements function and how mutations in these areas can contribute to disease.

Merit Cudkowicz, the Julieanne Dorn Professor of Neurology and chief of neurology at Massachusetts General Hospital, was named the recipient of the Raymond D. Adams Lectureship by the American Neurological Association. Cudkowicz will present “Accelerating ALS Therapeutics: Master Platform Trials and Other Approaches” at an awards ceremony at the organization’s annual meeting in October.

Additionally, two HMS researchers were named Derek Denny-Brown Young Neurological Scholars. These awards are given each year at the annual meeting to new American Neurological Association members who have achieved significant stature in neurological research and show promise to continue making major contributions to the field of neurology.

Tell Us About Your Awards 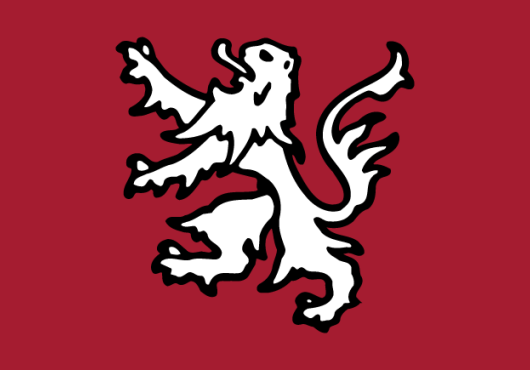