Starting this summer, each fellow will spend a year pursuing mentored basic, translational or applied biomedical research at one of 32 academic or nonprofit research institutions across the U.S.

The following students from HMS will do their fellowship at HMS:

The following six students from across the U.S. will do research at HMS:

Two fellows currently at HMS have been funded for an additional year in the program: 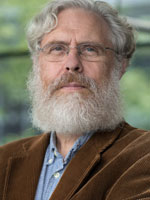 George Church, the Robert Winthrop Professor of Genetics at HMS, was selected as one of Time’s 100 Most Influential People in the World 2017. Church appears in the category of Titans on the list. Stephen Colbert wrote about Church for the magazine: “Through planned evolution, using gene-editing tools like CRISP, he offers humanity a bag of powerful potential gifts.” 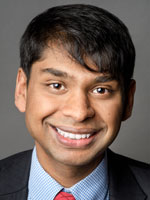 Castle Society student Sanjay Kishore was named one of 30 graduate students to receive a 2017 Paul and Daisy Soros Fellowship for outstanding immigrants and children of immigrants in the U.S.

Born and raised in rural Virginia, Kishore is the youngest child of parents who emigrated from Hyderabad, India. Kishore has pursued an interest in government and service—following in the footsteps of both his grandfathers, Gandhian-era civil servants in the state of Andhra Pradesh, who helped operate medical clinics for the most vulnerable.

At Duke University, Kishore designed his own major around the social determinants of health. After college, he was the Villers Fellow at Families USA, a progressive health advocacy organization, and started Commonwealth Covered, Virginia’s first student-run campaign to enroll individuals in health insurance coverage.

Kishore aspires to use his clinical training to serve not just as an advocate for individual patients but as the foundation for a career organizing for a more just society.

Each of the Soros recipients was chosen for their potential to make significant contributions to U.S. society, culture or their academic field and will receive up to $90,000 in funding for the graduate program of their choice.

Three members of the Harvard Medical School community are among this year’s class of national and international leaders elected to the American Academy of Arts and Sciences. The new class will be inducted at a ceremony on October 7, 2017, in Cambridge, Massachusetts.

“It is an honor to welcome this new class of exceptional women and men as part of our distinguished membership,” said Don Randel, chair of the Academy’s board of directors. “Their talents and expertise will enrich the life of the Academy and strengthen our capacity to spread knowledge and understanding in service to the nation.”

The new HMS Fellows include: 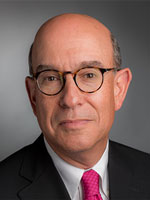 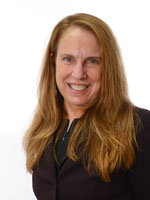 The Elliott T. and Onie H. Adams Professor of Biochemistry and Systems Biology at HMS 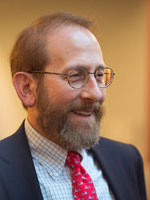 Founded in 1780, AAAS is one of the country’s oldest and most respected honorary societies. Serving as an independent policy research center, it convenes leaders from the academic, business, and government sectors to respond to the challenges and opportunities facing the nation and the world. 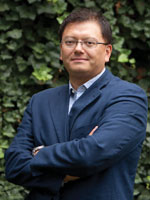 The current goal of Hensch’s efforts is to establish the generality of the principle of excitatory-inhibitory balance across brain regions and systems. And imaging efforts at the Harvard Center for Brain Science will visualize the dynamic re-wiring of connections in mouse models to provide further insight for translational research into disorders of critical period development at Boston Children’s Hospital.

The Sackler Prize recognizes researchers of outstanding achievement in and helping to define the field of developmental psychobiology who have advanced our understanding of the developmental processes of mind, brain and behavior that contribute to normal development and of the origins of mental illness.

Four HMS researchers have been honored by the American Association for Cancer Research (AACR). They will receive their awards and deliver lectures at the AACR Annual Meeting 2017 in Washington, DC, in April.

Judy Garber, HMS professor of medicine and director of the Center for Cancer Genetics and Prevention at Dana-Farber Cancer Institute, has been recognized for outstanding achievement in clinical cancer research. She has been named as the AACR-Joseph H. Burchenal Memorial Award winner and will give a lecture titled “Cancer Genetics Comes of Age.”

Garber’s work has advanced the genetic understanding of hereditary cancer syndromes, the development of novel approaches to identify and monitor high-risk individuals, and the design and implementation of new cancer prevention and treatment strategies for breast cancer.

Garber established the Cancer Risk and Prevention Clinic at Dana-Farber, the first program of its kind, creating a new clinical field that has changed the practice of cancer medicine. Garber has led studies of epidemiology, cancer surveillance, cancer genetics service delivery and chemoprevention in hereditary cancers. These landmark achievements have earned Garber, a medical oncologist and clinical cancer geneticist, a well-deserved reputation as an international authority and leader in the field of cancer research and clinical care.

David Livingston, the HMS Emil Frei Professor of Medicine at Dana-Farber, has been honored for his fundamental contributions to the field of basic cancer research by being named the recipient of the Pezcoller Foundation-AACR International Award for Cancer Research.

Livingston’s work has been pivotal to the understanding of retinoblastoma pathway of cell cycle control as well as the transcriptional co-activation function of the key regulatory proteins p300 and CBP. Livingston is also credited with the landmark discovery of the central functions of the tumor suppressors BRCA1 and BRCA2, which has revolutionized the fields of breast and ovarian cancer research.

Livingston, who is also professor of genetics at HMS and deputy director of the Dana-Farber/Harvard Cancer Center, is a renowned expert on the molecular origins of breast and ovarian cancer, focusing on genes that regulate cell growth, including the tumor suppressor genes Rb, p300/CBP, BRCA1 and BRCA2. His work has been the cornerstone of many studies of cancer susceptibility linked to BRCA function and mutations. By understanding the tumor suppressive properties of BRCA1 and BRCA2, Livingston has paved the way for studying novel approaches to breast and ovarian cancer prevention.

Leonard Zon, professor of stem cell and regenerative biology at HMS, has been named to give the AACR-Irving Weinstein Foundation Distinguished Lecture, which recognizes outstanding science that has the potential to inspire creative thinking and new directions in cancer research. His award lecture is titled "Changing Cell Fate for the Treatment of Cancer."

Zon, who is also the HMS Grousbeck Professor of Pediatrics and the founder and director of the Stem Cell Program at Boston Children’s Hospital, is being honored for scientific contributions which established zebrafish as an effective animal model system by which to study hematopoiesis and blood-related cancers and for efforts associated with understanding fundamental stem cell biology, most notably with regards to hematopoietic stem cell transplantation and migration. His body of work has revolutionized cell biology and has created the foundation for countless studies dedicated to understanding the complexities of cancer initiation and progression.

Meir Stampfer, HMS professor of medicine at Brigham and Women’s Hospital, has been named as the recipient of the AACR-American Cancer Society Award for Research Excellence in Cancer Epidemiology and Prevention. He is being honored for his outstanding contributions to the field of epidemiology, including the identification of a link between dietary factors and biomarkers to the risks of cancer.

Stampfer’s discovery that increased expression of insulin-like growth factor in the blood could predict elevated risk of prostate cancer is thought to have launched a major new field of epidemiologic investigation. Equally, his work that identified the utility of prostate-specific antigen for cancer screening has transformed the field and is considered a landmark study in the prostate cancer field.

In recent years, Stampfer, who is also a professor of epidemiology and nutrition at the Harvard Chan School for Public Health, has focused on the lifestyle influences on lethal prostate cancer. He has also developed new bio markers for prostate cancer prognosis in blood and tumor tissue. Stampfer helped establish the hypothesis that lethal and the far more common indolent prostate cancer have different causes and has provided insight into the effects of PSA screening on epidemiologic research in the area. 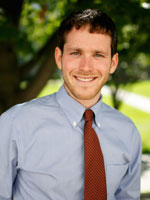 HMS student J. Bradley Segal is one of 15 medical students chosen by the Fellowships at Auschwitz for the Study of Professional Ethics (FASPE) to participate in a two-week program in Germany and Poland this summer. The FASPE Medical program provides a holistic curriculum that looks beyond the specifics of formal rules to focus on ethical problems faced by individual doctors in the various settings in which they practice and offers the power of place and context.

“During training, studying ethics and why a moral compass can fail is just as important as learning the scientific basis of health and disease. FASPE appeals to me in this pursuit because learning occurs amid both classrooms and concentration camps,” said Segal, a fourth-year medical student at Harvard, enrolled in a dual MD/Master of Bioethics program.

Segal’s research interests lie at the intersection of medicine, healthcare policy and bioethics. He is president of his medical school class, associate editor of the Harvard Medical Student Review, and for the academic year 2016-2017, a student fellow at the Petrie-Flom Center for Health Law Policy, Biotechnology and Bioethics at Harvard Law School.

Segal joins a group of 63 FASPE fellows across all five programs who were chosen through a competitive process that drew close to 1,000 applicants from around the world.

Four students from HMS are among 16 selected as Massachusetts Medical Society Scholars for 2017.

The 2017 honorees from Harvard Medical School, their previous academic achievements and selected accomplishments are:

Each year, Massachusetts Medical Society selects four fourth-year students as MMS Scholars from each of the state’s four medical schools. Those chosen receive $10,000.