Gaps in Gender Equality May Fuel Disparities in Cognitive Achievement 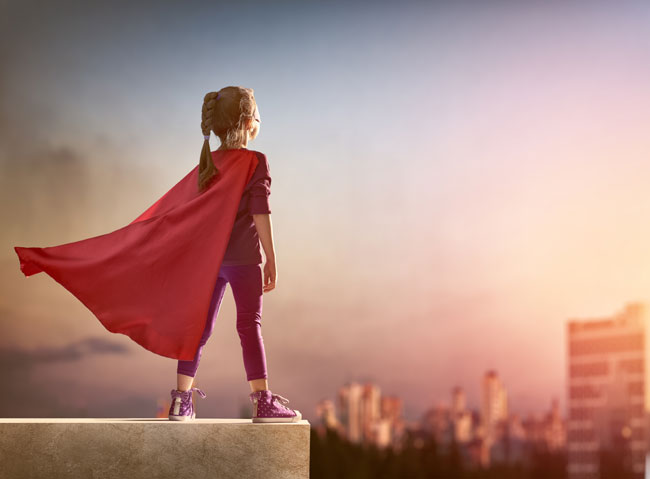 Slight gender variations in attention scores have been well documented, but a new study from Harvard Medical School suggests that these minor gaps widen significantly in places with lower gender equality.

The findings, published Nov. 1 in PLOS One, reveal that gender variations in performance of tasks that require participants to exercise sustained attention control are closely tied to gender equality by country. The observation, the research team said, suggests that attention, along with other cognitive functions, is not hardwired but amenable to sociocultural modulation.

Sustained attention control—the ability to focus on a task for a prolonged period of time while resisting distractions—is critical in all spheres of life, including learning and academic achievement, career success, social interactions and interpersonal relationships.

Past research has shown gender variations in cognitive patterns of attention—for example, men are generally more vigilant about spotting certain signals while women have better inhibitory control, an ability to override a natural urge to respond. The findings of the HMS-led study, however, suggest such propensities may be modified by environmental, social and cultural factors, the team said. Understanding the modifiable factors that contribute to gender disparities in sustained attention tasks—and by extension cognitive development—is critical to identifying and removing barriers to gender parity, the researchers added.

“At its core, it’s a provocative idea that social and cultural conditions can either interfere with or improve cognition,” said study lead investigator Lissa Riley, a research fellow in psychiatry at HMS. “In this case, we are seeing that gender equality, or lack thereof, might influence one’s ability to focus and maintain attention.”

Results of the research, which involved more than 16,000 men and women, ages 10 through 70, from 41 countries, revealed greater differences in attention scores between men and women from countries with less gender equality.

In the experiment, participants were shown a series of gradually transitioning landscapes—predominantly city images, interspersed with mountain terrains. They were asked to push a button every time a cityscape flashed across the screen but refrain from pushing the button whenever a mountain appeared.

To examine the interplay between men’s and women’s scores and a country’s gender equality index, the researchers used several country-specific indicators, including female-to-male ratio in the labor force, poverty rate, a human development index—which, among other things, factors in life expectancy, education and per-capita income—and the Social Institutions and Gender Index, a cross-country measure of discrimination against women in social institutions through formal and informal laws or social practices.

As expected based on previous research, women refrained from responding to the correct image more often, while men tended to overcall, or wrongly identify, images they were supposed to ignore. Overall these differences were minor in highly developed countries with greater gender equality, but twice as pronounced in countries that scored lower on human development and gender equality indicators.

Individually and taken together, all factors except poverty were linked to gender differences in performance, the researchers found. Women in countries that scored lower on these measures were more likely to miss out on identifying the correct image, but they were also more likely to refrain from erroneously identifying the incorrect image when it flashed on screen. In countries with greater gender inequality women, but not men, made more mistakes.

Researchers estimated that up to 2.5 percent of errors in performance could be attributed to gender inequality.

As gender equality increased, the gap largely vanished, becoming virtually non-existent in countries with the highest indicators of gender equality, such as Finland and New Zealand.

The investigators said their findings require further study to tease out the dynamics behind such differences. However, one possible explanation, the researchers said, is that in countries with less gender equality, women made fewer errors of overcall and more errors of omission, both of which may stem from social norms that discourage speaking up and taking risks. In other words, women in such settings may be less likely to take chances for fear of making a mistake, a reluctance that may have propelled them to refrain from correctly responding to an image.

“Attention is a gatekeeping cognitive faculty that plays a critical role in everyday activities,” says study senior investigator Joseph DeGutis, assistant professor of psychiatry at HMS. “If our observations are true for sustained attention scores, they may also be true for other cognitive tasks. It’s important to consider the notion that social equality results in better cognition.”

The work was funded by grants from the U.S. Department of Veteran Affairs.