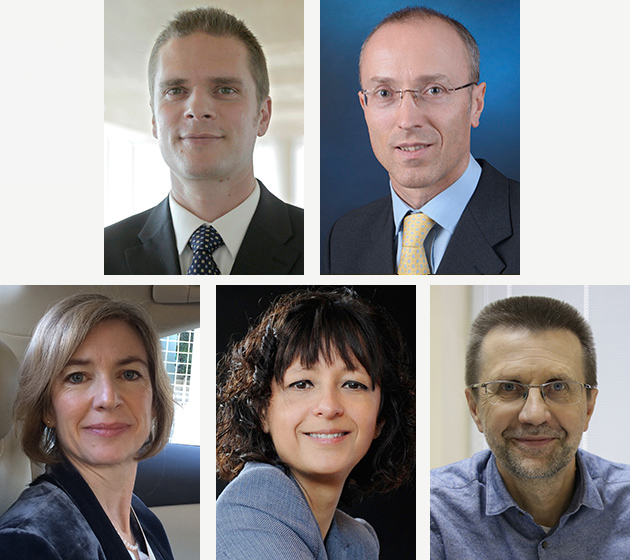 The 2016 Warren Alpert Foundation Prize will be awarded to five scientists for their remarkable contributions to the understanding of the CRISPR bacterial defense system and the revolutionary discovery that it can be adapted for genome editing.

​Barrangou and Horvath established that bacteria protect themselves from being killed by pathogens, such as viruses, using a system called CRISPR (short for clustered regularly interspaced short palindromic repeats) to cut up specific segments of the invading viruses’ DNA.

Building on their findings, Doudna, Charpentier and Siksnys realized that the system could be programmed to zero in on any desired genetic sequence in a broader array of organisms, including humans, and that this purposeful cutting could be used to alter or replace the targeted DNA at will.

Together, these discoveries, which were further refined and expanded by the prize recipients and other researchers, have generated a powerful tool for rapidly determining gene function and have democratized the ability to pursue clinical advances such as correcting genetic defects and designing better drugs by making gene editing faster, easier and cheaper than the technologies available previously.

“The game-changing insights achieved by these five scientists led to a technique that has been swiftly embraced across the globe, altering the way we study and understand eukaryotic genetics and offering enormous potential for developing new gene- and cell-based therapies, including treatment strategies for previously intractable genetic diseases,” said Jeffrey S. Flier, dean of the faculty of medicine at Harvard Medical School and chair of the Warren Alpert Foundation Prize Scientific Advisory Committee.

“Determining biochemically and molecularly how the CRISPR system operates and then demonstrating its potential as a gene editing tool is one of the most important technological advances that has been made during my career,” said Cliff Tabin, head of the Department of Genetics at Harvard Medical School and a member of the Alpert Foundation’s scientific advisory prize committee.

“There are a large number of researchers who have contributed to the development of the CRISPR system and in no small measure share credit for it, but in choosing this year’s Alpert Prize recipients, we recognized those who established the understanding of the system and its potential, which others were then able to perfect as a usable tool,” Tabin added.

The Warren Alpert Foundation Prize recognizes scientists whose research has led to the prevention, cure or treatment of human diseases or disorders and constitutes a seminal scientific finding that holds great promise for ultimately changing our understanding of, or ability to treat, disease.

The late Warren Alpert, a philanthropist dedicated to advancing biomedical research, established the prize in 1987. To date, the foundation has awarded more than $3 million to 54 individuals. Eight honorees have also received a Nobel Prize.

This year’s recipients will share an unrestricted award of $500,000 and will be honored at a symposium at Harvard Medical School on Oct. 6.

“These five scientists have made foundational contributions to a technique that has hit the field of genetics like a lightning bolt,” said Bevin Kaplan, director and vice president of the Warren Alpert Foundation and a member of the Harvard Medical School Board of Fellows. “The nature of this work is unprecedented in its far-reaching potential for future therapeutic advances.”

“We are confident that innumerable lives will be positively touched by this work in the years to come,” Kaplan added. “In this way, these exemplary men and women most definitely embody the spirit of the Warren Alpert Foundation Prize. As always, we anticipate a phenomenal symposium and award ceremony in the fall.”

In their own words 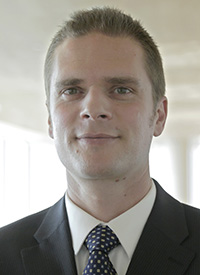 “I am absolutely delighted and honored to receive the Warren Alpert Foundation Prize. This is a prestigious award, which I am grateful for, and thrilled to share with my colleagues and collaborators, especially Philippe Horvath, with whom I have shared my entire CRISPR journey. It has been enjoyable to observe firsthand the evolution of the CRISPR field in the past decade, and seeing the field evolve from humble beginnings of CRISPR analysis in dairy cultures to driving the genome-editing craze has been fantastic. We could not have dreamed that trying to understand how bacteria resist viruses would eventually lead to the CRISPR revolution we have witnessed. I am thankful to the Warren Alpert Foundation and to the prize selection committee for their consideration, and I look forward to further serving the CRISPR community.” —Rodolphe Barrangou 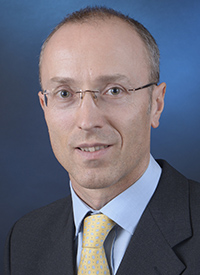 “Our seminal work, published in Science in 2007, had a significant impact on the scientific community. It really set the stage, opened new research avenues and inspired numerous scientists to investigate further in the CRISPR field. Being awarded with the Warren Alpert Foundation Prize is an immense honor and a distinct privilege that I wish to extend to all my collaborators and colleagues at DuPont.” —Philippe Horvath 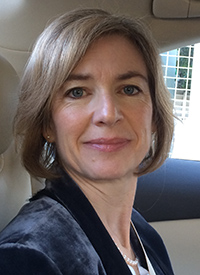 “​As an alumna of the HMS graduate program, I am particularly honored to receive this award in recognition of research conducted with my collaborator Emmanuelle Charpentier and our outstanding postdoctoral associates and students. We hope that future students are inspired by the value of curiosity-driven research and the passion for fundamental discovery​ that our work represents.” —Jennifer Doudna 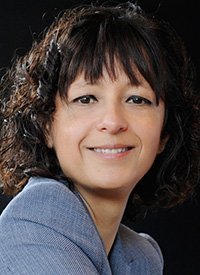 “I am honored to receive this award in recognition of our seminal work published in Nature in 2011 and in Science in 2012, including the discovery of tracrRNA and the delineation of its key role in the targeting and editing of DNA by CRISPR-Cas9. This work is a wonderful example of the importance of basic research, demonstrating its relevance for translational science and important medical applications.” —Emmanuelle Charpentier 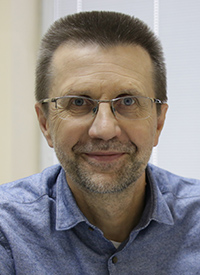 “It is a great privilege to be among such outstanding current and former awardees of the Warren Alpert Foundation. This prize makes my work even more enjoyable and challenging. I am really glad that my research, aimed in the beginning on a very basic question of how bacteria protect themselves against phages, paved the way for the development of novel tools for genome-editing applications.” —Virginijus Siksnys

The Warren Alpert Foundation Prize has recognized recipients for discoveries that have impacted a wide spectrum of diseases, including asthma, breast cancer, H. pylori, hepatitis B and HIV/AIDS.

Last year’s honorees were Tu Youyou of the China Academy of Chinese Medical Sciences, who went on to receive the 2015 Nobel Prize in Physiology or Medicine, and Ruth and Victor Nussenzweig of NYU Langone Medical Center for their pioneering discoveries in chemistry and parasitology and personal commitments to translate these into effective chemotherapeutic and vaccine-based approaches to control malaria.

Previous honorees include Oleh Hornykiewicz of the Medical University of Vienna and the University of Toronto; Roger Nicoll of the University of California, San Francisco; and Solomon Snyder of the Johns Hopkins University School of Medicine in 2014 for research into neurotransmission and neurodegeneration.

David Botstein of Princeton University and Ronald Davis and David Hogness of Stanford University School of Medicine received the Alpert Prize in 2013 for contributions to the concepts and methods of creating a human genetic map.

Alain Carpentier of Hôpital Européen Georges-Pompidou in Paris and Robert Langer of MIT received the prize in 2011 for innovations in bioengineering.

Harald zur Hausen and Lutz Gissmann of the German Cancer Research Center received the prize in 2007 for their research on human papillomavirus (HPV) and cancer of the cervix. Hausen and others were later honored with the 2008 Nobel Prize in Physiology or Medicine.

Each year the Warren Alpert Foundation receives 30 to 50 nominations for the Alpert Prize from scientific leaders worldwide. Prize recipients are selected by the foundation’s scientific advisory board, composed of distinguished biomedical scientists and chaired by the dean of Harvard Medical School.

Warren Alpert (1920-2007), a native of Chelsea, Massachusetts, established the Warren Alpert Foundation Prize in 1987 after reading about the development of a vaccine for hepatitis B. Alpert decided on the spot that he would like to reward such breakthroughs, so he picked up the phone and told the vaccine’s creator, Kenneth Murray of the University of Edinburgh, that he had won a prize. Alpert then set about creating the foundation.

To award subsequent prizes, Alpert asked Daniel Tosteson (1925-2009), then dean of Harvard Medical School, to convene a panel of experts to identify scientists from around the world whose research has had a direct impact on the treatment of disease.