After Newtown: What can be done? 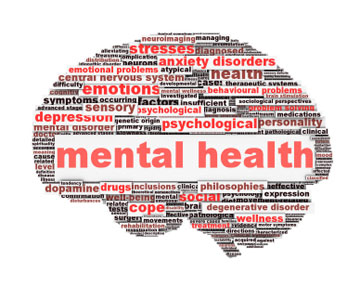 Within days of the December deaths of 20 first-graders and six educators at Sandy Hook Elementary School at the hands of a heavily armed gunman, President Barack Obama challenged the nation to work to prevent more tragedies. The president signaled his intention to rely on guidance from members of law enforcement and the mental health professions, as well as parents and teachers, in an effort to seek solutions and formulate a broader safety policy.

Now that Newtown has joined Columbine, Tucson, Aurora and Oak Creek as a site of unspeakable horror, the president’s question stands: What needs to be done and are we, as a nation, doing all we can to prevent future violence?

In the ensuing debate, many questions surfaced regarding U.S. policy on mental health, and whether there is a need for strategic improvement in the way we care for and support those affected by mental illness. Joseph Gold, HMS assistant professor of psychiatry, is McLean Hospital’s chief medical officer and chief of the child and adolescent psychiatry division.

Are we doing all we can as a society and a nation to address mental illness in the U.S.?

No. Not yet. We are not yet systematically or reliably screening for mental illness and detecting it at its earliest stages in the course of a problem or illness. So we’re often losing the opportunity to step in when the intervention can be simple and most effective. This missed chance often results in problems building to a crisis level, with patients and families finding themselves in emergency rooms needing urgent interventions.

How have research and treatments for mental illness changed in the last 20 to 30 years?

The biggest change in the last two decades is the proliferation of truly evidence-based, powerfully effective treatments. There is now a menu and range of interventions from talking therapies to behavioral treatments to medications to neurotherapeutics, each proven to be well matched to specific disorders. So it’s all the more ironic and awful that we don’t identify problems early and make proven, helpful treatments readily available to people with mental illness. Still, more research is needed to further refine treatment and to offer prevention.

Depression, anxiety disorders and substance abuse are prevalent. Smaller numbers of folks have psychotic disorders and, of those, a fraction have persistent and chronically severe symptoms. For them, state hospitals used to provide a safety net.

Over the last 30 or 40 years there has been a systematic nationwide decrease in the state mental hospital bed capacity and infrastructure. Much of that was originally very well intended, to give people opportunities to recover and live in more community-based settings with full outpatient and tailored support to make it possible for them to thrive outside the state hospital system.

Unfortunately, in many geographic areas, the state hospitals have sequentially closed more and more beds, but the community-based services that were intended to make up the difference either never materialized or were briefly put in place and then were steadily reduced because of budgetary pressures at the state level.

What is the role of primary care treatment and evaluation in terms of the nation’s mental health?

There are simple screening tools that pediatricians can use to detect autism as early as 18 months, or substance abuse in kids and adolescents, or what we call psychosocial dysfunction, a category of mental health problems that triggers further evaluation.

In Massachusetts, we are lucky. The Massachusetts Child Psychiatry Access Project (MCPAP), funded by the state Department of Mental Health, has made it possible for pediatricians to have immediate telephone access to experienced child psychiatrists within minutes, while the parent and child are still sitting in the office, to address any imaginable question about developmental, mental health, behavior, psychiatric problems, or substance abuse. We can find the problem early, make sure the children get services quickly and match them up to the right service. It’s a big sea change on the child side.

On the adult side, as we enter the world of patient-centered medical homes within Accountable Care Organizations, primary care doctors will coordinate all care. It turns out you can manage the growing and burdensome cost of chronic medical problems only if you also address the mental health and substance abuse problems of these patients. Internists and family practitioners could be trained much more broadly to screen for and to recognize depression, substance abuse, anxiety disorders and less common psychiatric problems such as schizophrenia and bipolar disorder. Just like MCPAP, they could learn which ones to treat themselves, which ones could be treated by a mental health team embedded in or easily accessed by the primary care practice, and which ones should be triaged out of primary care.

What can you say about what happened in Newtown?

The most important point I want to make is that the perpetrators of the shootings—in Newtown, in Aurora, Colorado, and in the near-fatal shooting of Gabby Giffords in Arizona—are not the face of mental illness. These are extraordinarily rare, bizarre and, in some ways, unexplainable phenomena.

After an event like what happened in Newtown, it’s natural that people ask what role mental illness plays in violence. You have to start with a few well-known facts: The vast majority of homicides are not committed by people with mental illness. There are more than twice as many suicides as homicides per year in the United States. We know that the majority of people who commit suicide have depression, substance abuse and other problems. Folks with severe, persistent mental illness are more likely to be the victims of violent crime, not the perpetrators, and if they harm anyone, it is likely to be themselves.

The real face of mental illness is all of us. It is everyone we know. It is all of us who thrive in many ways, but whose lives are interrupted. With the right treatment, in the vast majority of cases, we can get back on track in school, at work and socially.

In light of President Obama’s speech, what is one of the first and most important steps we can take to begin to improve how the U.S. addresses and cares for the mentally ill?

The first step is to destigmatize mental health problems, to make it possible for people to come forward and express their distress and let other people know. Then the people they confide in—their primary care doctor or clergy, teacher, the school nurse—need to know what they are looking at and know what to do. The second step is for us to train more clinicians in evidence-based care and create more treatment programs. That will make it possible for people to have their problems detected early on and then have rapid access to the right services that we know really work.

I would not begin to presume to know who Adam Lanza was. But in general, the one thing that we could do is implement a comprehensive approach to earlier detection and effective services. That also includes ready access to all of the educational and special education interventions that help kids thrive both socially and academically. The most important thing is not just symptom reduction. The most important thing is to restore the capacity to function and to enjoy life.

This interview has been edited and condensed.