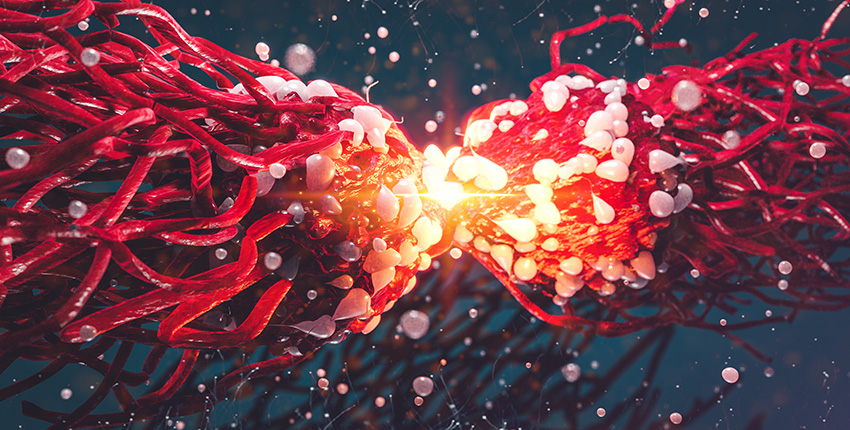 Four of the HMS researchers are among six nationwide to receive a Damon Runyon-Dale F. Frey Award for Breakthrough Scientists. This award provides additional funding to scientists completing a Damon Runyon Fellowship Award and who have exceeded Damon Runyon's highest expectations and are most likely to make paradigm-shifting advances that transform the way cancer is prevented, diagnosed and treated.

The 2020 recipients of the Damon Runyon-Dale F. Frey Award for Breakthrough Scientists from HMS are:

Gasic is investigating the fundamental principles of tubulin autoregulation and the microtubule integrity response, a mechanism that detects and responds to changes in the microtubule cytoskeleton in interphase cells. Microtubules are frequent chemotherapy targets when treating various cancers such as leukemia, lymphomas, melanomas and lung, ovarian and breast cancers. Microtubule-targeting chemotherapeutics kill cancer cells by blocking cell division and inhibiting cell growth. Gasic's work reveals how the microtubule-targeting drugs may work independently of cell cycle and suggests potential new pathways to specifically target cancer cells.

Stinson focuses on nonhomologous end joining (NHEJ), a cellular DNA repair process that repairs most DNA double-strand breaks (DSBs) in vertebrates. Failure to repair DSBs properly can lead to new mutations, which are a central feature of cancer initiation and progression. Stinson has discovered one way the NHEJ machinery modifies DNA at DSBs and minimizes errors when rejoining broken ends of the DNA molecule. He will further investigate the basic mechanisms of the two main DSB repair pathways, which are critical to understanding the causes of many cancers and informing therapeutic approaches.

Tchasovnikarova has developed an unbiased, broadly applicable method to identify cell-based reporters of any epigenetic process inside the nucleus. Epigenetic modifications do not change the DNA sequence but affect which genes are turned on or off, ensuring that only necessary proteins are produced. Disruption of epigenetic regulation, a hallmark of cancer, can result in malignant cellular transformation. Tchasovnikarova will utilize her novel technology to better understand the fundamental biology underlying these epigenetic mechanisms and identify optimal targets for novel therapies.

The November 2019 Damon Runyon Fellows from HMS are:

Erin Duffy, HMS research fellow in neurobiology, with her sponsor Michael Greenberg, the HMS Nathan Marsh Pusey Professor of Neurobiology, is investigating how neuronal activity can regulate gene expression through a potentially novel mechanism in the developing brain. Called RNA turnover, this mechanism may enable gene expression to be rapidly and locally controlled at individual connections between neurons based on neuronal activity. There is evidence that neuronal activity may contribute to pediatric malignant glioma brain tumors. Duffy aims to characterize this process and identify new therapeutic targets for pediatric brain cancer.

Nikit Patel, HMS research fellow in systems biology, with his sponsor Allon Klein, HMS associate professor of systems biology, is focusing on hematopoiesis, the process by which stem cells in the bone marrow differentiate into all the blood and immune cells in our bodies. Breakdown of this process is linked to cancers including myelomas and leukemias. Patel aims to determine critical components driving hematopoiesis by studying this process in different vertebrate animals and comparing evolutionarily conserved regulators. He will then use gene-editing methods to test whether these regulators play a role in mammalian hematopoiesis. This work has the potential to identify new therapeutic targets and novel strategies for combating blood-related cancers.