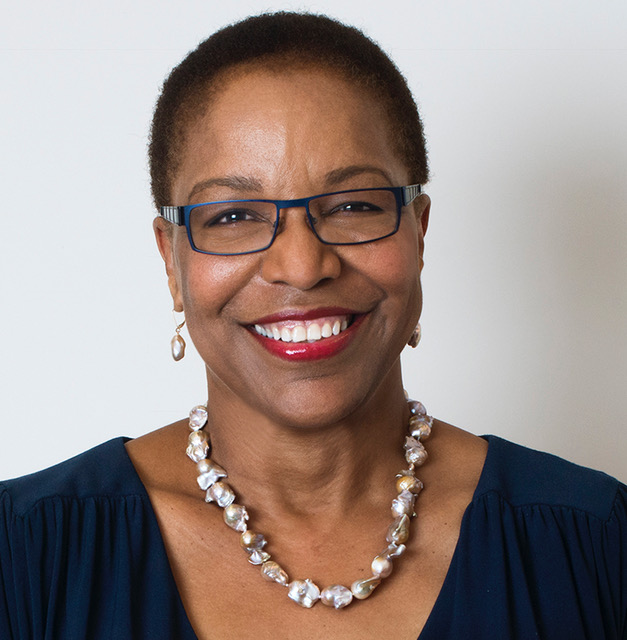 Dean for Diversity and Community Partnership

Appointed as the first dean for diversity and community partnership in January 2002, Joan Y. Reede is responsible for the development and management of a comprehensive program that provides leadership, guidance, and support to promote the increased recruitment, retention, and advancement of underrepresented minority faculty at Harvard Medical School. This charge includes oversight of all diversity activities at HMS as they relate to faculty, trainees, students, and staff.

In 1990, Dr. Reede founded the HMS Minority Faculty Development Program and also currently serves as faculty director of the Community Outreach programs. In 2008, she became the director of the Harvard Catalyst Program for Faculty Development and Diversity. In addition, Dr. Reede holds appointments of professor of medicine at HMS, Professor of Society, Human Development, and Health at the Harvard T. H. Chan School of Public Health, and Assistant in Health Policy at Massachusetts General Hospital.

In 1989, prior to coming to HMS, Dr. Reede served as the medical director of a Boston community health center, and the Commonwealth of Massachusetts Department of Youth Services. She has also worked as a pediatrician in community and academic health centers, juvenile prisons, and public schools.

The impact of Reede’s work is reflected in the numerous programs she has created to benefit minority students, residents, scientists, and physicians. Dr. Reede created and developed more than 20 programs at HMS that aim to address pipeline and leadership issues for minorities and women who are interested in careers in medicine, academic and scientific research, and the healthcare professions. Supported by a dedicated staff, she has developed mentoring programs for underrepresented minority students from the middle school through the graduate and medical school levels. She has also designed a training program for middle and high school teachers, developed science curricula for public schools, implemented research and exchange clerkship programs at HMS, and designed and implemented innovative fellowships in minority health policy for physicians, dentists, and doctoral-level mental health professionals.

Dr. Reede has received many awards. The diversity of these honors is a reflection of her far-reaching and varied accomplishments. A few of the awards included in these recognitions of her achievements are: the Boston NAACP Health Award for her contributions to the health of the Boston minority community; the Community Service Award from the Epilepsy Association of Massachusetts for her work on a five-part satellite series on neuroscience for New England high school teachers; the American Association of University Administrators Exemplary Models of Administrative Leadership Award; the Herbert W. Nickens Award from the Society of General Internal Medicine; the Herbert W. Nickens Award from the Association of American Medical Colleges, and the Academic Leadership in Primary Care Award from Morehouse School of Medicine. In 2007, she was awarded the Riland Medal for Public Service from the New York College of Osteopathic Medicine and an honorary Doctor of Science degree from the New York Institute of Technology.

At the national level, Dr. Reede was appointed to the Health and Human Services Advisory Committee on Minority Health by Donna E. Shalala, former Secretary of Health and Human Services, and she served on the Board of Governors for the Warren Grant Magnuson Clinical Center; the National Advisory Dental and Craniofacial Council; the Secretary’s Advisory Committee on Genetics, Health, and Society at the National Institutes of Health; and as a Commissioner of The Sullivan Commission on Diversity in the Healthcare Workforce. Dr. Reede formerly served on the Secretary’s Advisory Committee to the Director of NIH; the Sullivan Alliance to Transform America’s Health Professions; the Education Board of the American Public Health Association; the National Hispanic Medical Association; the Health Research & Trust Board of Directors of the American Hospital Association, and the National Children’s Study Advisory Committee of the Eunice Kennedy Shriver National Institute of Child Health and Human Development. In 2009, Dr. Reede was elected to the National Academy of Medicine (NAM) of the National Academy of Sciences. Dr. Reede is the past chair of NAM’s Interest Group 08 on Health of Populations/Health. Some of Dr. Reede’s current affiliations include the Steering Committee and Task Force for the Annual Biomedical Research Conference for Minority Students; co-chair of the Bias Review Committee of the Advisory Committee to the NIH Director’s Working Group on Diversity; the National Advisory Board of the Satcher Health Leadership Institute of Morehouse School of Medicine; chair of the AAMC Group on Diversity and Inclusion (GDI), HMS representative to the GDI Diversity Strategic Planning Working Group; CTSA Women in CTR Interest Group of the NIH, and the American Association for the Advancement of Science STEM Education Review Committee.

Dr. Reede graduated from Brown University and Mount Sinai School of Medicine. She completed a pediatric residency at Johns Hopkins Hospital in Baltimore, Maryland, and a fellowship in child psychiatry at Boston Children’s Hospital. She holds an MPH and an MS in Health Policy Management from Harvard T. H. Chan School of Public Health, and an MBA from Boston University.