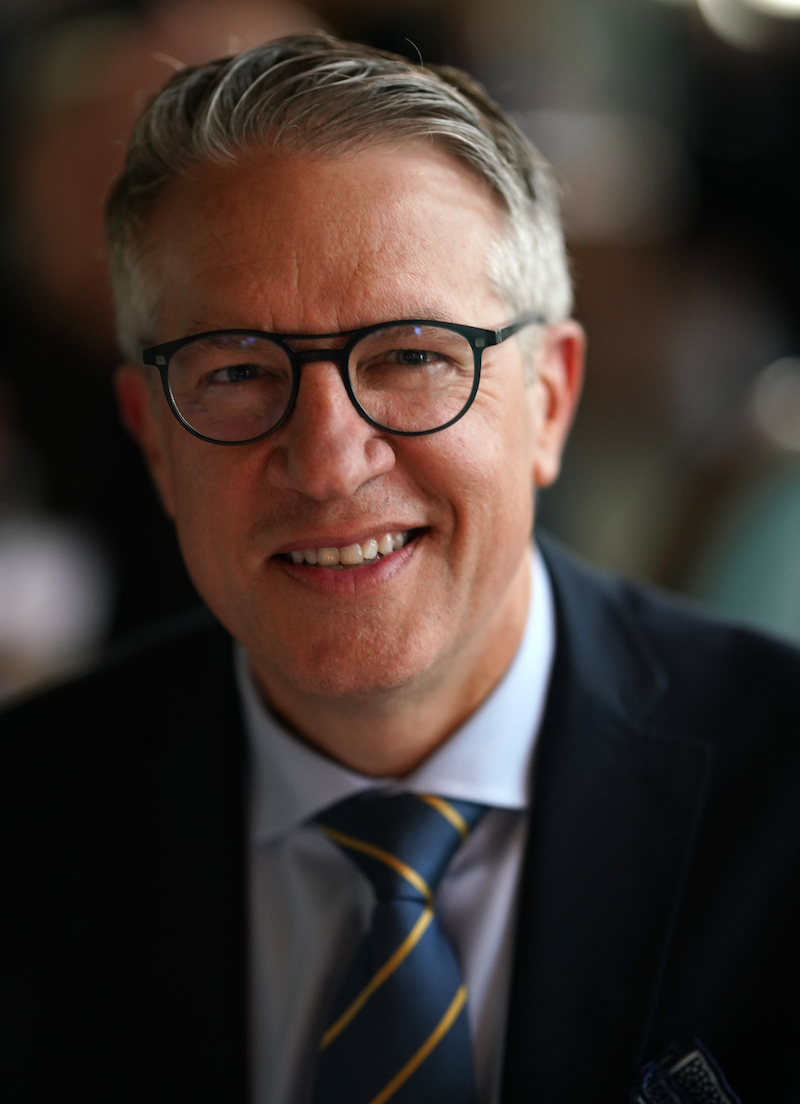 William Giannobile, dean of Harvard School of Dental Medicine, is a leader in the field of periodontology and an internationally recognized scholar in oral regenerative medicine, tissue engineering, and precision medicine. He is an alumnus of HSDM, with an advanced degree in periodontology and oral biology. In September 2020, he was appointed the 11th dean of HSDM.

Prior to HSDM, he served as the Najjar Endowed Professor and chair of the Department of Periodontics and Oral Medicine at the University of Michigan School of Dentistry. He was also a professor of biomedical engineering at the College of Engineering and Biointerfaces Institute. He received his DDS and MS in oral biology from the University of Missouri. He later received his certificate in periodontology and Doctor of Medical Sciences in oral biology from HSDM. He completed postdoctoral training in molecular biology at the Dana-Farber Cancer Institute and HMS. Dr. Giannobile previously held positions as a faculty member at HSDM as an assistant professor of periodontology and at the Forsyth Institute.  He has served as a visiting professor at the University of Genoa Medical School Biotechnology Institute and the Eastman Dental Institute, University College London.

Dr. Giannobile’s research focuses on oral and periodontal regenerative medicine, tissue engineering and precision medicine. He has maintained a continuously NIH-funded research program over the past 25 years, and serves as co-principal investigator for the NIDCR-supported Michigan-Pittsburgh-Wyss Regenerative Medicine Resource Center. The goal of the center is to translate early stage dental, oral and craniofacial reconstructive technologies into clinical practice. He has produced over 300 manuscripts, textbook chapters, and patents focused on periodontology, regenerative medicine and oral health research. He is the editor or co-editor of nine books focused on clinical, translational research, periodontology and regenerative medicine. Dr. Giannobile recently completed a ten-year term as the editor-in-chief for the Journal of Dental Research, the official journal of the International Association for Dental Research. Dr. Giannobile is also a consultant to the U.S. Food and Drug Administration for dental devices. He served as an associate editor for the 2020 Surgeon General’s Report: Oral Health in America.

Last year, Dr. Giannobile received the American Dental Association’s Norton Ross Award for Excellence in Clinical Research. He is also a recipient of the Distinguished Scientist Award from the Academy of Periodontology. He is a fellow of the American Association for the Advancement of Science, the American Association for Dental Research and the International and American Colleges of Dentists. He is a past president of the American Academy of Periodontology Foundation, and currently serves as the president of the Osteology Foundation, an organization devoted to oral tissue regeneration by the promotion of science and clinical practice. In addition to his research efforts, he is involved in clinical and didactic teaching in periodontology and will practice clinically in periodontics and implant dentistry at the Harvard Dental Center.