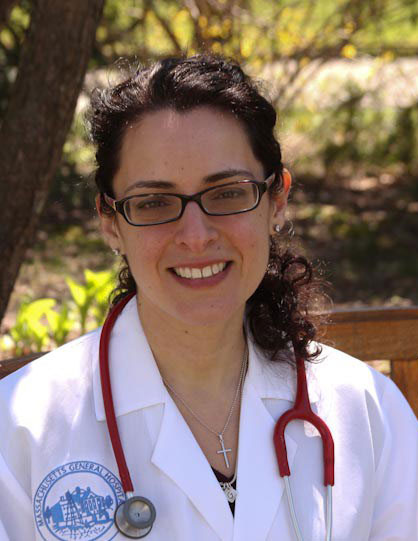 Monique Tello is a physician and writer. She is originally from the Boston area, and graduated from Brown University and the University of Vermont College of Medicine. She completed a combined internal medicine and pediatrics residency training program at Yale/New Haven Hospital, where she was very lucky to work with renowned medical writers Richard Selzer, Sherwin Nuland and Abraham Verghese, among others. After residency, she earned a Master's in Public Health at the Johns Hopkins Bloomberg School of Public Health and Fellowship in General Internal Medicine at Johns Hopkins Hospital; her research and clinical focus while at Hopkins was HIV Women's Health. Throughout training and beyond, Monique has been active in international health, volunteering at and supporting clinics in Central and South America, as well as participating in several disaster missions. While living in Baltimore, she met her husband, local sports broadcaster Bob Socci, and they relocated to Milton, Massachusetts almost a decade ago. They have two young children, one with autism. She practices part-time internal medicine at Women's Health Associates, a small MGH-based primary care practice with all female providers that serves predominantly female patients. She is half Latina, speaks Spanish, and maintains a close relationship with her extended family in Guatemala. She writes a popular blog, www.generallymedicine.com, about her life as a doctor and a mother.