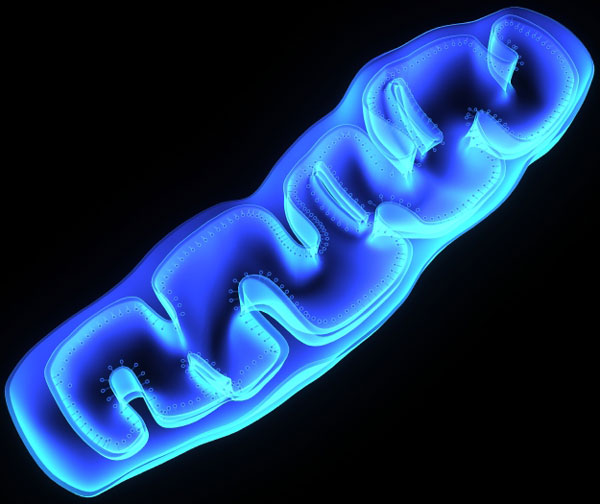 A team led by Harvard Medical School and Massachusetts General Hospital investigators has found that the controlled induction of the hypoxia response, the body’s reaction to a reduced level of oxygen in the bloodstream, may relieve the symptoms of one of the most challenging groups of genetic disorders—mitochondrial diseases.

Their report describing experiments in cellular and animal models of mitochondrial disease has been published online in the journal Science.

“We reasoned that reducing the level of oxygen the mice breathed and delivered to their tissues might serve as nature’s perfect solution for mitochondrial disease,” -- lead author Isha Jain.

“We currently lack effective means of treating mitochondrial diseases, of which there are more than 150 different genetic forms, impacting virtually any organ,” said Vamsi Mootha, HMS professor of systems biology, a researcher in the Mass General Department of Molecular Biology and senior author of the Science report.

“We found that activation of the hypoxia response—either genetically or pharmacologically in cells, or by placing mice in a low-oxygen environment—alleviated mitochondrial pathology,” he said.

Many mitochondrial diseases appear in infancy or early childhood, but in others symptoms may not appear until adulthood and are often triggered by external stressors such as infection.

Although the mitochondria in many organs are defective in these disorders, disease pathology is manifest only in certain tissues. These observations led the researchers to hypothesize that there might be inborn mechanisms for coping with mitochondrial dysfunction.

They created a cellular model in which respiratory chain activity was inhibited by application of a toxin and used the model to test whether disruption of any of about 18,000 different genes alleviated the cellular effects of mitochondrial dysfunction.

The top-ranking gene in their analysis was for Von Hippel Lindau factor (VHL), which ordinarily suppresses the cellular response to hypoxia, implying that the body’s natural hypoxia response might protect against mitochondrial injury.

The researchers then showed that both cells and embryonic zebrafish that lacked VHL exhibited greater survival in the face of respiratory chain inhibition.

Treatment with a chemical that increases the expression of genes involved in the hypoxia response also reduced death from respiratory chain inhibition.

The collaborative team focused on the Ndufs4-knockout mouse, an established model of Leigh syndrome, a neurodegenerative condition that is the most common pediatric manifestation of mitochondrial disease.

They first showed that this model could survive brief periods of hypoxia with a relatively normal metabolic response and then tested the effects of keeping the animals in an atmosphere containing 11 percent oxygen—similar to high-altitude environments like the mountains of Nepal and Peru—for extended periods of time.

A control group of Ndufs4-knockout mice was placed in ambient air containing about 21 percent oxygen.

“We reasoned that reducing the level of oxygen the mice breathed and delivered to their tissues might serve as nature’s perfect solution for mitochondrial disease,” said lead author Isha Jain, a graduate student in the Mass General Department of Molecular Biology.

“After all, humans have evolved elaborate responses to cope with energy metabolism at high altitudes and low oxygen levels.”

The researchers were pleasantly surprised to discover that breathing 11 percent oxygen—approximately half what is normally supplied at sea level—dramatically reduced the development of typical disease symptoms, such as restricted growth and neurologic and movement abnormalities, and significantly extended survival in the Ndufs4-knockout mice.

While knockout animals breathing air with 21 percent oxygen either died or had symptoms severe enough to require humane euthanasia by 60 days of age, all of those in the low-oxygen environment survived to at least 150 days, and some have survived up to 250 days.

“Many species of animals live at high altitudes around the world and adapt to low oxygen levels by activating specialized molecular systems,” said Zapol, who is a pioneer in the therapeutic use of gas mixtures.

“While it might be expected that mice with a mitochondrial defect would have even more trouble generating ATP for cellular energy in a low-oxygen environment, we were surprised that they seemed healthy and didn’t show signs of oxygen starvation," he said. "It’s remarkable that, with about half the normal level of oxygen circulating in their blood, they appeared to resist the brain pathology associated with this mitochondrial defect for several months.”

Both Zapol and Mootha stress that much more research needs to be done before a hypoxia-based strategy can be tested in patients with mitochondrial disease.

“All our work to date has been limited to cells and mice, which are not humans,” said Mootha.

“Breathing hypoxic air can be dangerous and could reduce oxygen delivery to major organs as well as produce acute and chronic toxicities. Therefore, it’s crucial to perform additional animal studies to determine optimal treatment regimens and long-term safety. Moreover, there are many types of mitochondrial disease, and we have only tested one. Testing additional mouse models will help us determine whether and when it will be feasible to contemplate human trials,”Mootha said.

This work was supported in part by the Howard Hughes Medical Institute and a grant from the Marriott Mitochondrial Disorders Research Fund. Mass General has filed a patent application for the work described in this study.