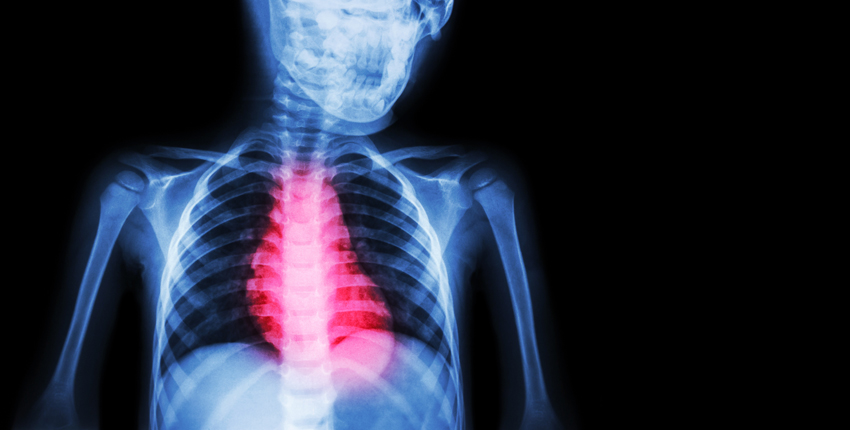 Recent advances in cancer therapies have improved patient prognosis and long-term survival. However, those therapeutic benefits have been accompanied by greater prevalence and burden of harmful side effects, including heart damage.

In particular, there have been more cases of cancer therapy-induced cardiomyopathy, or CCM, a heart condition that can compromise a patient’s quality of life and long-term prognosis after the cancer has been treated.

While certain clinical risk factors for CCM are known, each patient's individual susceptibility remains a mystery.

Now, an international team led by investigators from Harvard Medical School and Brigham and Women’s Hospital has found rare genetic variants that may influence risk for developing CCM.

“Our study is the first to consider the association between rare genetic variants in a large set of cardiomyopathy genes and the occurrence of CCM,” said Yuri Kim, an HMS research fellow in cardiology at Massachusetts General Hospital and co-first author of the study along with Pablo García-Pavía and María Alejandra Restrepo-Córdoba of the Hospital Universitario Puerta de Hierro in Madrid.

The results were published April 16 in Circulation.

To investigate the role of genetics in CCM, the team—led by co-corresponding author Christine Seidman, the Thomas W. Smith Professor of Medicine in the Blavatnik Institute at HMS and director of the Cardiovascular Genetics Center at Brigham and Women's—recruited 213 adult and pediatric patients with CCM from three academic centers in Philadelphia, Madrid and London.

These patients had diverse background malignancies, including breast cancer and leukemia. The vast majority of patients—90 percent—had received anthracyclines, cancer drugs known to cause cardiotoxicity in up to 10 percent of recipients.

The researchers conducted genetic sequencing in all patients to identify rare pathogenic variants in genes associated with CCM susceptibility. The team then compared results with reference populations.

“Adverse outcomes from cardiomyopathy, including heart failure, atrial fibrillation and impaired myocardial recovery, were more prevalent in adult CCM patients with TTNtv than in those without,” noted Kim.

The researchers were able to reproduce and validate their clinical findings in animal models.

Mice with the TTNtv variant were found to have increased susceptibility to the cardiotoxic effects of anthracyclines, displaying significantly impaired left ventricular function compared to controls.

While the authors are optimistic about their findings, they acknowledge certain limitations to their study.

These include the use of data from participants in the Cancer Genome Atlas, some of whom may have also developed CCM, as a control group. Inclusion of CCM patients in the control group would lower, not inflate, statistical significance, and thus the reported findings represent a conservative association between genotype and CCM, the authors said.

In addition, they noted that while the cohorts included individuals of various ethnic backgrounds, Caucasian participants comprised nearly 80 percent of the group.

Even so, the authors are excited about the potential clinical implications of their work.

In light of the current limited strategies for diagnosing CCM in cancer patients, they hope that the identification of genetic risk factors will open a new path to identify and better manage cancer patients at high risk for CCM.

“Our next steps are to find ways to directly mitigate the adverse effects of TTNtv on cardiac biology, which would benefit not only CCM patients but also many cardiomyopathies that are caused by these prevalent and damaging human mutations,” said Seidman.

Further research is needed to determine whether early detection of risk for CCM through genetic testing can optimize patients’ cancer and cardiovascular outcomes.

Additional authors of the paper currently or formerly of HMS are Hiroko Wakimoto, Christopher Toepfer, Joshua Gorham, Parth Patel, Kaoru Ito, Jonathan Willcox and Steven DePalma as well as Jonathan Seidman, the Henrietta B. and Frederick H. Bugher Foundation Professor of Genetics in the Blavatnik Institute at HMS.