The Secret Language of Cells describes multiple kinds of cellular conversations. Cells talk about every aspect of life—where they should be in an organ, what time of day activity must occur, how big they should grow, how they can fight microbes together, how to rebuild and heal tissue, and how to cooperate to provide necessary functions for our daily activity. Conversations determine types of inflammation, how food is digested, and chronic pain. Almost every aspect of physiology is determined by back-and-forth signaling among groups of cells. Often, the discussion group is large and includes blood cells, tissue lining cells, immune cells, and brain cells, all at the same time. …

Cells know the time of day

Every cell has its own clock, and each type of tissue has its own specific set of internal clocks. Signals from the central brain clock coordinate physiological functions, such as metabolism and immune responses, with clocks in cells and tissue.

Single cells coordinate with the brain’s central clock as it responds to light and darkness cycles, bodily movements, and cycles of eating and fasting. Genetic loops in individual cells create oscillations that sync with other bodily rhythms. The brain coordinates and plans for specific activity related to the environment with these signals. Signals from the central brain clock to all cellular clocks anticipate the major activities of the total organism, such as eating and sleeping.

The first individual cell clock in evolution was developed in bacteria two billion years ago, and this was based on sun availability. In addition to enabling these bacteria to produce energy by photosynthesis, sun rays break DNA. At the same time, most cellular DNA repairs occur when the sun is bright. The first clock allowed microbes to plan ahead with resources for DNA repair when the sun was brightest.

Clock mechanisms and signals are complex and not yet fully understood. A mechanism in the gut that coordinates the cycles of two cells was discovered recently. Friendly microbes living near gut cells move in a timed pattern—a micrometer to the left, then right, then back. Back-and-forth signals from each position keep the microbes in sync with the cellular rhythms of the nearby gut lining.

An individual cell’s clock mechanism is based on timed feedback loops of interacting genes. Clock genes, components of the body’s internal timekeeping system, are both stimulated and inhibited by RNA and protein molecules. A gene is triggered, producing a protein or RNA, which then triggers a second gene in the circuit. The second gene product stimulates a third gene, and so on. These events form a cycle that lasts twenty-four hours.

Molecular tags are an important type of signaling device … Tags placed on proteins to protect DNA are also part of these clock loops. Tags can open or close the availability of particular genes that produce RNAs and proteins related to clock functions.

While all cells have the same basic genetic clock machinery, various RNAs and proteins specific to each type of cell and organ are signals that produce various clock functions. A huge amount of all RNAs—at least 10 percent—are related to tags and signals for clocks. Multiple layers of genetic regulation influence these cycles. For example, very recently a new form of regulation was discovered that alters three-dimensional structures of the DNA molecule in the nucleus. When the structure changes, it alters how physically close particular genes are to each other. Bringing certain genes near each other can synchronize clock functions.

Multiple influences affect clock rhythms. Signals from metabolic cycles alter specific RNAs and proteins to influence clock genes. Various chemicals in particular organs affect clocks in different ways. Global factors, such as temperature and other environmental conditions, alter gene function. Many of these complex clock signals for individual cells are not yet understood.

When tissue cannot sync with the central brain mechanisms, illness can occur. One issue that needs to be addressed is our twenty-four-hours-a-day, seven-days-a-week online culture, which pays no attention to the rhythms corresponding to daylight that were established in our distant evolution. …

Platelets—much more than a plug

… Before the discovery of platelet conversations with immune cells, blood vessel cells, and tissue cells, it was hard to even imagine a platelet functioning as a cell. How could platelets manufacture signals and receptors and respond to situations without a nucleus and DNA?

The answer is that they get what they need before they break off from their mother cells, large bone marrow cells called megakaryocytes. These mother cells supply platelets with a large repertoire of messenger RNA molecules, which is coded from their own DNA, as well as protein production machines called ribosomes. With all of this support, platelets are able to manufacture a full vocabulary of signals and receptors by themselves.

Platelet conversations are as vital and varied as those of most immune cells in their early responses to invaders and injury. Platelet signals are critical when defending against microbes, often being the first cells to encounter microbes in the body. Present throughout the blood in large numbers, platelets find microbes quickly and send messages to immune cells to stimulate defenses. Platelets call for white blood cells and actively participate with immune cells in fighting infections. They assist T cells in directing the B cells to make better antibodies.

As well as signaling to immune cells for defense against invaders and confronting microbes themselves, platelets tackle another difficult problem—blood dynamics. Stopping blood loss is not as simple as it seems. While they halt bleeding, platelets must also respond to each type of tissue’s need for an exact amount of blood flow. Too much or too little blood will damage tissue. If the clotting is too great, it can become generalized throughout all of the blood and can damage multiple bodily regions at the same time. Without enough clotting, tissue will die.

As first responders to damage, platelets must immediately stop bleeding, keep blood flowing appropriately, and, at the same time, defend against microbes. At the moment of an injury, microbes enter tissue through paths of trauma or foreign bodies. Damage to tissue and blood vessels triggers cascades of blood clotting factors, which instruct platelets to change their shape for clotting. Platelets also send signals to attract immune cells for rebuilding tissue and help mold scaffolding molecules outside cells that form scars. Somehow, they engage in all of these activities simultaneously. …

Only mammals have platelets. Other creatures use different blood cells for the same work. As just mentioned, platelets are produced by megakaryocytes in bone marrow. Responding to signals from the liver and kidneys, megakaryocytes grow twenty times larger just before they produce thousands of platelets, which live for about a week. Mother cells travel from bone marrow and are stored in the spleen for emergencies. They are released by signals from neurons. Wide-ranging conversations keep the necessary supply of platelets, but not too many.

Platelets can change shape rapidly because they are wrinkled, with a large amount of extra membrane tucked into folds. Messages from other cells tell them when to alter their shapes. Inside the platelet, scaffolding molecules respond and produce many long arms, stretching from the platelet’s body. Platelets change shape in three stages—multiple new arms and legs, a spreading body, and a thicker center. Motors just below the membranes rapidly increase the membrane surface area without needing to stretch or add new material. Arms then attach to breaks in blood vessels. After that, multiple platelets join their arms together to form a plug.

Platelets produce messages and attack molecules sent via sacs filled with chemicals. Platelets only use these sacs when they have changed from being round to having arms. Sacs contain three kinds of signals, each with multiple varied effects. One type regulates blood flow. A second type attaches and kills microbes. A third remodels clots to help heal the damaged organ. To kill microbes, platelet arms grab them and inject sacs. Platelets have a wide range of receptors to sense each type of microbe, and they have specific toxic chemicals to kill each species. …

Platelets can sense the type of injury and its exact location, and they move rapidly to the site. Because there are many more platelets than other blood cells, platelets become the most abundant player at the trouble spot while they wait for more powerful T cells and neutrophils to arrive. When platelets sense a microbe, they change shape and release molecules for attack.

To fight microbes, platelets use various techniques. For one difficult bacteria species, platelets release multiple different sacs, some with phosphate energy particles and others with proteins that use these same energy particles to attack the microbe. Bacteria respond to the attack with their own signals that block the platelet secretions and break down platelet proteins. Platelets then secrete enzymes to break down the bacterial attack proteins. This battle of back and forth attacks continues in various forms. …

Platelet secretions used against microbes can serve multiple purposes at once. One enzyme known to initiate the clotting process has been recently found to also cut pieces of a platelet product into multiple fragments, each designed to target specific microbe species. Another multipurpose molecule from platelets has varied sections and modules that evolve as microbes change. Distinct regions of the molecule signal to other cells for help and kill microbes of various types. Signals can call for reinforcements as the platelets are directly attacking the microbes. 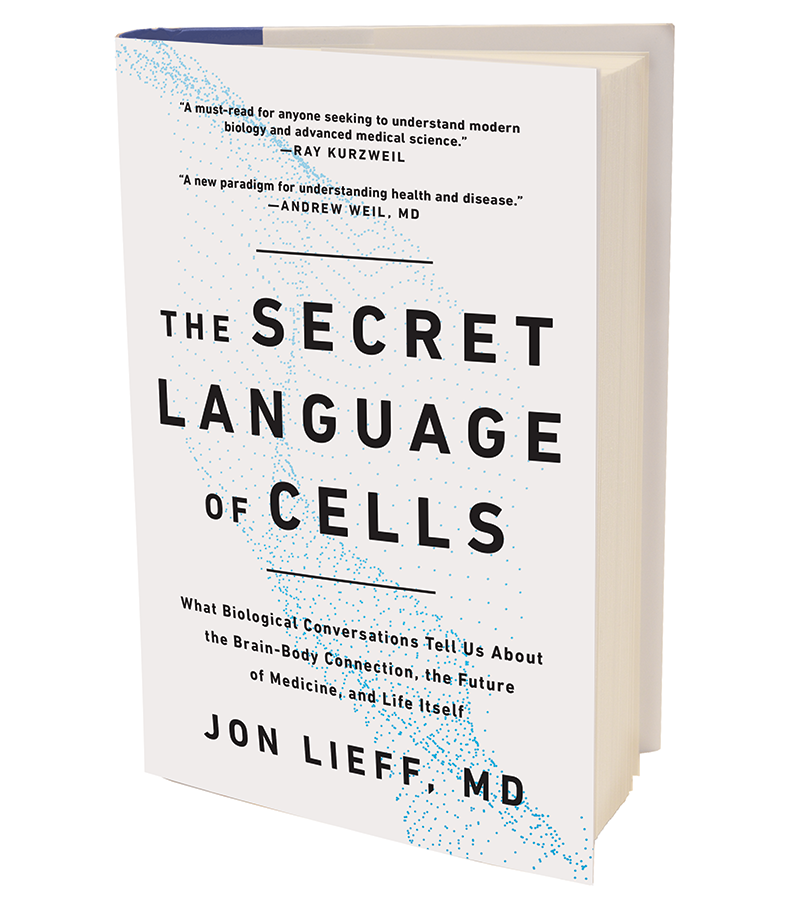 In the fight against microbes, platelets also use special receptors. Internal receptors can sense how many attack molecules they have left. When needed, signals are sent internally to mobilize messenger RNAs and ribosomes to produce more attack molecules, sometimes increasing production by a factor of a hundred. Receptors also allow platelets to distinguish membranes of human cells from those of microbes by analyzing specific fat molecules sticking out from both cells. In this way, platelet attacks can focus on killing only microbes, not human cells.

The large number of platelet attack molecules is effective against a wide variety of microbes, including bacteria, fungi, protozoa, and many viruses. Recently, platelets were shown to be a critical first line of defense against HIV (human immunodeficiency virus). Platelet factors have been shown to limit strep heart infections. One specific platelet molecule attacks parasites that cause malaria by entering the red blood cells where the microbes have taken over. Research shows that the more platelets in the body, the better the chance against malaria. Platelets are also effective against a variety of fungi. To attack worms, platelets produce hydrogen peroxide and other attack molecules. Platelets can’t eat microbes, but they can hold them off till the bigger scavenger cells arrive to consume them. …

Jonathan Lieff, MD ’72, is a neuropsychiatrist who specializes in the treatment of elderly, medically ill, and brain injured patients. He was president of the American Association for Geriatric Psychiatry and a founder of the American Journal of Geriatric Psychiatry. This excerpt is taken from his 2020 book, The
Secret Language of Cells, and is reprinted with permission from BenBella Books, Inc.